October 12 2015
60
Writing about the series on the first two series is usually not a sign of the reviewer's professionalism. However, if we are not talking about the usual series, but about political agitation, then a couple of episodes are enough to form an objective opinion. Without disclosing the details of the plot, we can specifically talk about the two components of the series - artistic and political. Both, to put it mildly, do not shine.


Last weekend, the first episodes of the Norwegian series “Occupied” (Norwegian Okkupert) appeared in RuNet, which tells about an alternate reality where this Scandinavian country is under attack from its eastern neighbor. In Norway itself, the project started with unprecedented success. The pilot series was watched by 633 thousand people, which is 13% of the population (5 063 thousand), and 53% in the age group from 20 to 49 years. The popularity of the series was greatly influenced by last year’s events in Ukraine and the start of the Russian campaign in Syria. Commercial success at home can push the series and on foreign screens. "Occupied" have already bought TV channels from the UK, Sweden, Finland, Denmark, Germany, Belgium. 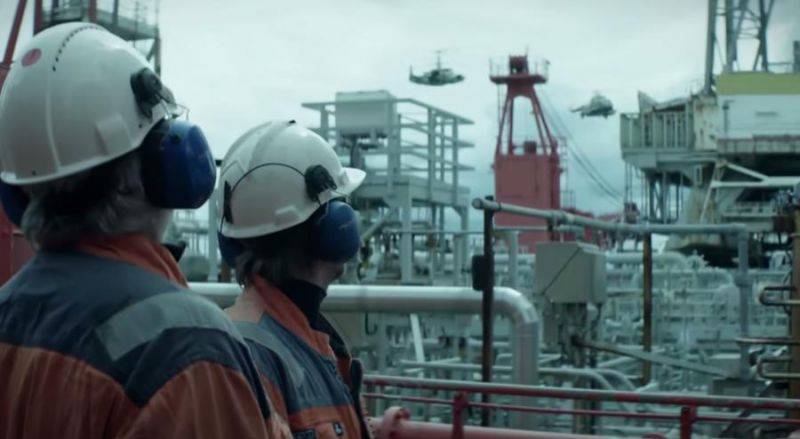 Norwegian cinematographers did not give peace for a long time to the laurels of the Danish multiseries hit “The Government” about the everyday life of the top leadership of a small, proud country, which successfully passed on European TV screens. That series attracted by the relative novelty of the idea, but was frankly dragged out and scared off by excessive political correctness. The Norwegian series borrowed some techniques from the Danes, but it looks like it should be said, a bit more cheerful. In some cases, rather original visual solutions were used, which are rarely seen in the game cinema.

However, they expected, of course, more from the most expensive project of the Norwegian cinema. Alas, but in front of us is not at all funny trash level of the "Red Dawn", but something more dreary. Instead of scale, emphasis was placed on the drama and plot, but neither of them really worked out. The drama came out straining and frankly unnatural. But political correctness is on the march: “good” Arabs, blacks and other “tolerant” citizens flash in the frame. In the light of recent events, it is particularly amusing to watch such an audience. Gays and lesbians have not yet been noticed - and thanks for that. The game of actors of stars from the sky is not enough, but the question arises: if these are the best performers of Norway, then what are the worst there?

And now, actually, about bad Russians. They are few. Whether the budget disappoint, or this is the original idea, but the notorious “occupation” actually turned into a raider seizure of certain objects like oil platforms and some administrative buildings. The rest of the Norwegians live a completely normal life and proudly go to all sorts of meetings with national flags. Good Lord, is this an occupation?

By the way, I can congratulate everyone, comrades - after the Crimean events, “GRU special forces” are now the same brand as T-80, MiG, Sukhoi and AK-47, which in reality is not 47 at all, but who cares. The “green men” are dressed in black (although hardly anyone would be forbidden to buy real military uniforms to the Norwegian cinematographers in the Russian Federation) and for the most part are engaged in performing incomprehensible missions from the “I go back and forth” series. 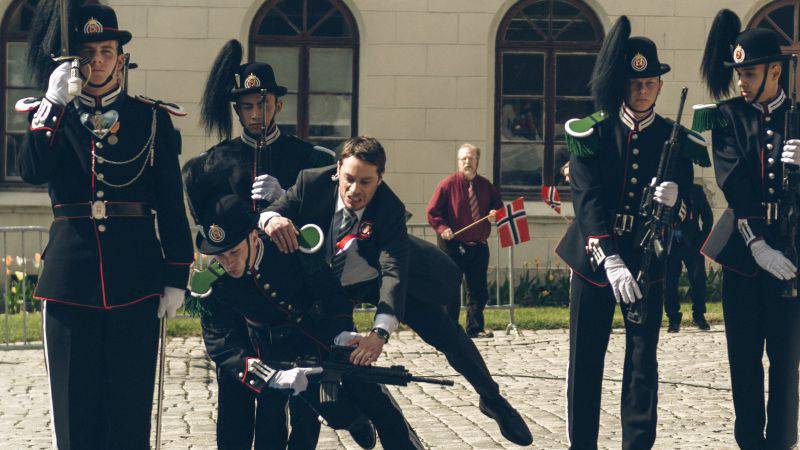 Russian occupants do not patrol the main roads, do not organize their administration, and even (!) Do not disarm the army of the enslaved country. But they can easily shoot a passer-by who was walking with a dog and did not touch anyone - apparently, to show the viewer how evil they are.

But with the Russian technique, everything is obviously bad. In addition to several Ka-52 and Mi-26 helicopters, crookedly executed in CG, the unfortunate aggressors did not have anything to show in the first series. It would seem that the Norwegians could buy an olive-colored “Kamaz” or “Ural” in Russia for shooting, and the BMP-2 is quite possible to rent the Finnish neighbors, but no ... And this is a show that was lauded by a large budget? Apparently, eminent filmmakers steal from the box office not only in Russia.

Conclusion. The series started well only on a successful political background, which made him the main advertising, just as the American "Salt" came up on the scandal with illegal intelligence officers. He does not have much of his own artistic merit, and for us, Russian citizens, is of interest as an example of propaganda "from that side." Of course, it is worth watching it to the finals, but the former curiosity is already gone. Everything is clear in principle.

Scandinavian filmmakers were able to fulfill two orders at once; commercial and political. Imagine if they were invaders of Germans, British or Swedes, then the chances to sell the series on the foreign market would be greatly reduced, not to mention the diplomatic scandal. The Russian TV market was not initially considered as a priority. 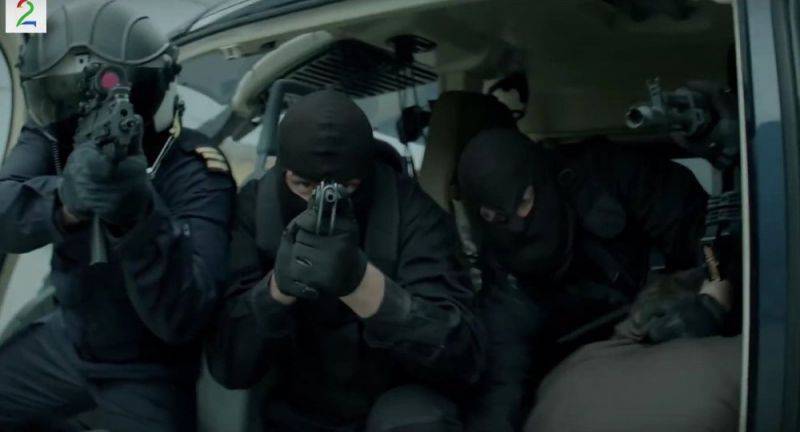 So “bad Russians” is not only fashionable for a long time, but also profitable, like any brand into which a lot of money has been pumped.

Ctrl Enter
Noticed oshЫbku Highlight text and press. Ctrl + Enter
We are
"Army Games". Masters ABT. Part 2. The trick versus professionalismResults of the week. “A smart face is not a sign of the mind”
Military Reviewin Yandex News
Military Reviewin Google News
60 comments
Information
Dear reader, to leave comments on the publication, you must sign in.