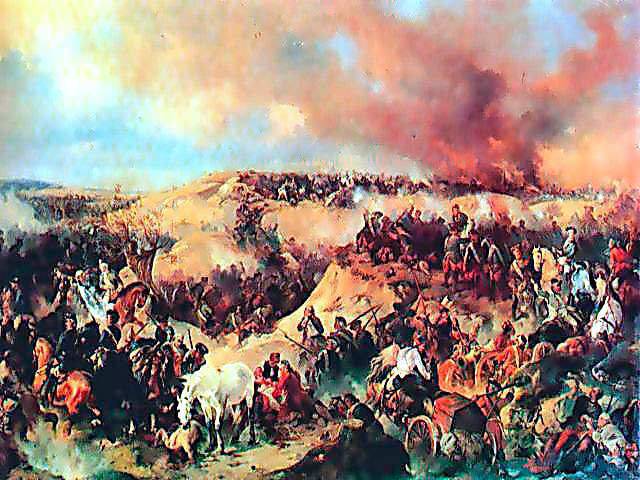 In the wonderful Soviet song “Cossacks” written by the Pokrass brothers and Caesar Solodar about the victorious 1945, in addition to its business card: “Our Cossacks are traveling, they are traveling through Berlin”, there are such words: “Oh, guys, not the first time / We drink Cossack horses / From a foreign river ". It is interesting that we took Berlin then not for the first time. In the course of one of the most large-scale conflicts of the New time - the Seven Years War (1756 – 1763), which Churchill even called the “First World War”, October Russian 9 took the capital of the Prussian kingdom Berlin to 1760. Symbolic keys to the city are now kept in St. Petersburg Kazan Cathedral as a memory of that glorious victory. About the mean betrayal, which destroyed the fruits of these victories, today almost no one remembers.

The reasons for the war were the same contradictions that pushed the world into the crucible of subsequent world wars. Yes, and the participants were the same. Even foreign policy intrigue played out in a similar way. The wicked genius of the Old World is Great Britain, pitting everyone with everyone, in order not to give anyone in Europe and the world to rise above themselves, this time she started a game against France. As a shock force she used Prussia. In 1756, the English king George II actually broke the Russian-English union treaty, concluding an alliance with the Prussian king Frederick II the Great. Like his ideological followers many years later, he dreamed of the Austrian Anschluss, the seizure of Poland, and the secession of the Baltic lands from our country. Therefore, in St. Petersburg, despite the presence of an impressive pro-British party, the British somersault was received with indignation and went on an active rapprochement with Austria and France. The latter was also dissatisfied with the union of Prussia with England, with which relations with her were extremely strained. As a result, two coalitions formed in Europe: the Prussian-British and the Franco-Russian-Austrian.

29 August 1756 Prussian troops suddenly invaded the territory of Allied Austria Saxony. In response, Russia declared war against Prussia. Throughout its length there was a mass of instructive moments for posterity.

To begin with, three of the four Russian commanders replacing each other in turn tried to take care of the army in campaigns and battles. At the slightest opportunity, they gave her rest and replenished her strength, without paying much attention to the reproaches of “indecision” and “sluggishness” sounded by the Allies.

Taking the first command of the army, Stepan Apraksin conducted its thorough audit and review. Then he informed the Conference at the Highest Court, which was specially created for the leadership of the war, that the speech could not be immediately organized. There was a rearmament. In some parts there was a serious shortage, not enough weapons, especially artillery, not at the height were the supply, engineering support, command and control. Apraksin steadfastly withstood all attacks from foreigners and part of the St. Petersburg world exposed to their influence, starting active hostilities only in the summer of 1757. And here is the result of careful preparation: in August, the Prussians suffered a crushing defeat in the battle of Gross-Egersdorf.

Apraksin's successors as commander in chief, Willim Fermor and Peter Saltykov, won equally brilliant victories. The first is near the village of Zorndorf, and the second is on the field of Palzig and near Kunersdorf, where the great Frederick himself and his “invincible” army were utterly defeated. All this testifies to the high level of Russian military art. It was from these generals that the future famous Russian commanders Peter Rumyantsev and Alexander Suvorov, who participated in the Seven Years War, learned. Alexander Vasilyevich later wrote to Potemkin: “I had two fathers: Suvorov and Fermor”.

Praised Prussian warriors fled not only from the battlefields, but also from superbly fortified fortresses. So, in January 1758, the garrison of Königsberg (the capital of East Prussia), without waiting for the Russians to approach, left the city. On Frederick’s birthday, city residents, including Immanuel Kant, a local university professor, swore allegiance to the Russian Empress Elizabeth Petrovna, who now became the governor of the new province. The local population was not oppressed in any way, and therefore it was quite loyal and quite.

The Russian soldiers behaved generously and nobly not only with civilians, but also with a defeated enemy. After the Battle of Palzig, Saltykov reported to Petersburg: “Many of our lightly wounded enemy seriously wounded were taken out of danger; our soldiers with their bread and water, of which they themselves had great need then, supplied them. ” Frederick demanded “not to spare any Russian”. After the end of the battle, his soldiers ruthlessly dumped into the pits of the still-living, sometimes only lightly wounded Russians, despite their cries, prayers, attempts to get out, they threw dead bodies at them. So the atrocities of German fascism did not grow from scratch ...

5 January 1762 of the year Empress Elizabeth died, Peter III ascended to the throne (nee Karl Peter Ulrich), who betrayed and destroyed all the successes of Russian weapons. This step, however, cost him his crown and life. The historian Vasily Klyuchevsky writes: “In order to overfill the cup of Russian grief and bring the nationwide grumble to an open explosion, the emperor made peace with Frederick himself, who, under Elizabeth, was driven into despair by Russian victories. Now Peter refused not only conquests, even those that Frederick himself conceded, East Prussia, not only made peace with him, but joined his troops to Prussians. ” Six months later, Peter’s wife Catherine overthrew the Holstein traitor from the throne ...

History tends to repeat. Last week, October 3, 25 turned into another betrayal - the surrender by Gorbachev of the GDR and the entire socialist system in Europe to the Americans and NATO. At the negotiations on the fate of the united Germany, Gorbachev actually gave his consent to its entry into this anti-Russian military bloc. Condoleezza Rice, a participant in those events, said: “We were all stunned when Bush asked him:“ So you agree that Germany has the right to choose alliances for itself? ”Gorbachev said:“ Yes. ” Now the United States is going to place new nuclear bombs in the Federal Republic of Germany aimed primarily at us. Well, the answer may be the words spoken by Count Ivan Shuvalov during the Seven Years War, but still relevant: “You cannot reach from St. Petersburg to St. Petersburg, but you can always reach Berlin from St. Petersburg.”

We are in Yandex Zen
Cossacks today
Burt Rutan - Aircraft Genius
12 comments
Information
Dear reader, to leave comments on the publication, you must to register.