October 11 2015
38
The Pentagon decided to offer the relatives of those killed and injured by an air strike at the Afghan hospital "consolation payments", reports RIA News statement of the representative of the military department Peter Cook. 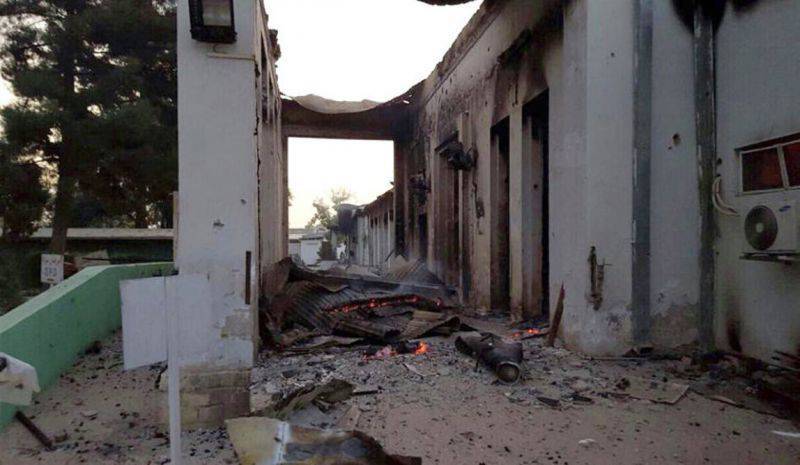 Recall, the hospital "Doctors without Borders" in Afghan Kunduz on October 3 was attacked "by mistake" (as the White House representative Ernest put it) with US Air Force planes. As a result of the raid, 22 people died, part of the building was destroyed.

“The Ministry of Defense believes it is important to respond to the consequences of the tragic incident at the Doctors Without Borders hospital in Kunduz, Afghanistan. One of the steps that the ministry can take in this direction is consolatory payments to civilians who have not taken part in hostilities and wounded (as a result of the strike), as well as to families who died as a result of US military operations ", - said Cook, without specifying the size of the estimated payments.

He noted that the amounts will be determined later. "If necessary, the administration (US) will require additional powers for this in Congress," said Cook, hinting at quite decent payouts.

However, the wording “consolatory payments” instead of “compensation” means that Washington has not officially acknowledged its guilt in the deaths of civilians.

Ctrl Enter
Noticed a mistake Highlight text and press. Ctrl + Enter
We are
But would it be possible to initiate the creation of an international tribunal on the fact of the bombing of the US Air Force by the Doctors Without Borders hospital in Kunduz?The Ukrainian media issued a US Air Force airstrike on a hospital in Kunduz for an attack by a Russian Air Force air force’s “moderate opposition” hospital in Syria
38 comments
Information
Dear reader, to leave comments on the publication, you must to register.