The Ministry of Finance declared war on destruction to Russia? 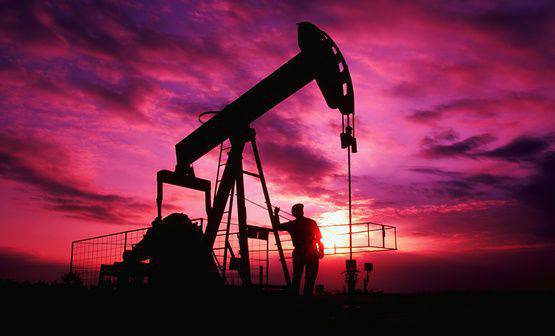 The increase in tax burden may deprive oil companies of not the “surplus”, but the necessary investments.

A series of liberal measures that ruin the lives of citizens (the rejection of indexation of pensions, the removal of absurdly high overhaul fees, “optimization”, that is, the elimination of health care and education) are harmoniously complemented by undermining production. After joining the WTO on essentially colonial conditions, prohibitive credit appreciation, complicating bureaucratic procedures and squeezing government investments that hit the manufacturing industry, government officials took up the backbone of Russia: oil production.

The Ministry of Finance is insistently demanding a sharp increase in tax pressure on oil companies in order to seize their devaluation profits. It seems to be logical: the weakening of the ruble really increases the ruble export earnings, which are not related to the activities of companies and therefore can be interpreted as “unearned”.

However, the Ministry of Finance tactfully keeps silent about the fact that the more than twofold devaluation of the ruble was accompanied by more than twofold cheapening of oil - and, accordingly, the ruble gain from a depreciation in the best case only compensated for the fall in prices for it.

Moreover, a significant part of Russian oil is consumed domestically - and is sold accordingly for rubles: there is no devaluation gain here.

At the same time, thanks to the policy of Russian liberal reformers with regard to domestic production, oil companies are forced to buy huge amounts of equipment and materials abroad for foreign currency, and this import is necessary to preserve production. Therefore, the devaluation gain from exports is accompanied by a devaluation loss from forced purchases. And there are no hopes for the notorious import substitution, since the policy of the liberals towards the Russian manufacturer remains extremely destructive, as if copied from the 90-s.

In the style of the same 90-s, Russian liberals even before devaluation carried out a policy of demonetization of the economy, extremely tightening financial policy, increasing the cost and complicating domestic credit and thus forcing large business, including oil, to be credited abroad.

Now, oil companies have received a double blow: even those who have not fallen under the company's sanctions have de facto been able to get long-term loans in the West and refinance debts of previous years, respectively, and they have to be returned in the face of falling revenues due to cheaper oil. This significantly worsened their financial situation.

Under these conditions, a sharp and, what is fundamentally important, a sudden increase in the tax burden that is not provided for by production plans can deprive oil companies not of surplus, but of necessary, not super-profits, but depreciation and investment. As a result, the oil industry will be forced to reduce production investment and stop a number of promising projects, which will result in a fast and, moreover, increasing decline in oil production and a rapid decline in revenues of both the industry and the budget.

Having rejected not only the tax incentives for businesses that were natural during the crisis, but also the simple stability of its working conditions, the Ministry of Finance can easily slaughter the goose that lays the golden eggs and undermine the very basis of the current Russian economy.

It is fundamentally important that while the real beneficiary of the devaluation profit is the federal budget itself: the main part of the tax payments of oil companies is pegged to the dollar and automatically increases when the ruble falls. This is evidenced by the dynamics of budget revenues: in spite of the economic recession not envisaged in budgeting, it is not only fulfilled, but is also exceeded by income. As a result, the January – August deficit is 1,8 times less than budgeted - 2,1% GDP versus 3,7% GDP (the difference between plan and reality in the first eight months is at least 700 billion rubles).

Under these conditions, the substantive reasons for the permanent hysteria of the Ministry of Finance are simply incomprehensible: instead of a lack of money, which he desperately intimidates Russia and its leadership, there is a completely obvious surplus.

In the first eight months of 2015, unused balances in budget accounts increased by 1 trillion rubles. - up to 10,7 trillion! This means that for more than 10 months the budget may not collect revenue at all - and no one, except the accountants from the Treasury, will notice anything. With the money frozen in the budget, it is possible to build a second Russia, incomparably more modern, efficient and comfortable than the current one, but the Ministry of Finance does not even think of investing the money of Russian taxpayers for the good of Russia. On the contrary, he sends the bulk of these funds abroad, supporting the financial systems of Western countries that have unleashed a real economic war against us, probably in accordance with the “Dvorkovich maxim”, according to which Russia should pay for the financial stability of the United States. And the Bank of Russia is even better - instead of channeling funds for the development of its country (as the US Federal Reserve did, in particular, by financing the growth of the national debt), it invests them in the development of others, including the same US national debt!

It seems that the liberal Plyushkins, who extorted us by artificially created money hunger, quite consciously destroy our economy. Perhaps they simply hate the Russia they rule or are fighting against us on the side of the West.

Their motivation may be different and may require understanding of a psychiatrist, not an economist, but the result of their activities is beyond doubt: undermining the foundations of the Russian economy, the oil industry, threatening to collapse into uncontrollable chaos, even though the Ministry of Finance is literally drowning in money, literally words not knowing where to put them.

This situation represents a direct and obvious threat not only to state security, but also to the very existence of our country.

Ctrl Enter
Noticed a mistake Highlight text and press. Ctrl + Enter
We are
"Simplicity is worse than theft"Sergey Kurginyan: The meaning of the game - a report on the WTO
125 comments
Information
Dear reader, to leave comments on the publication, you must to register.