October 12 2015
33
October 2 an amazing thing happened in the city of Paris: the corpse of “Minsk-2” was revived (until February 2016). As you know, before this, in the city of New York, Joe Biden and Petro Poroshenko during a personal meeting insisted that Minsk-2 should be declared dead (the elections in the Donbass were canceled) and buried until December 31 of 2015. But something at the summit of the “Four Normans” in Paris did not follow the American scenario ... 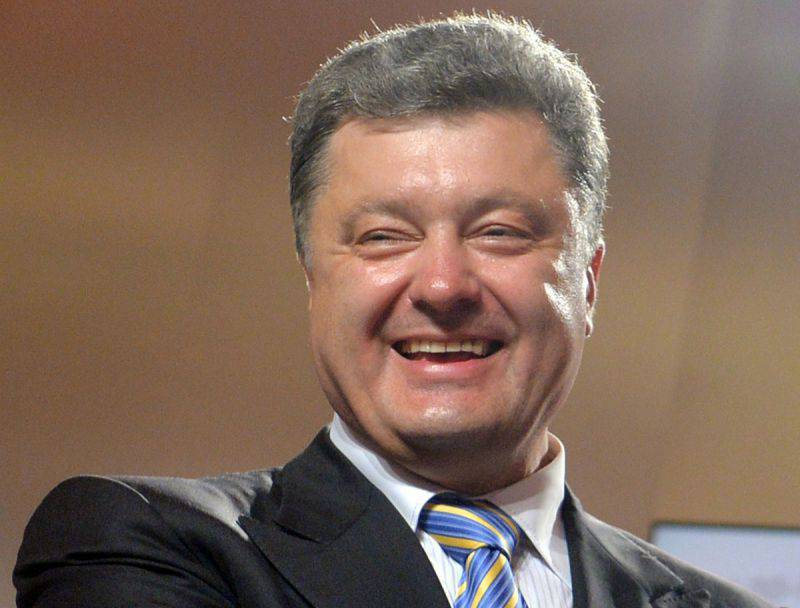 In New York, the vice-president of the United States and the head of Kiev, Joe Biden, expressed regret that the elections in Donetsk and Lugansk would derail the Minsk process. Now they will not break it, but they will wait for Kiev to complete the Minsk homework, until February 20 2016.

And Petro Poroshenko seemed to agree with this, the demarche in the Elysee Palace didn’t suit, although after, before the Maidan press, he refused to prolong the Minsk-2 on the 2016 year. And now Kiev maydauny suspect that Poroshenko is lying not only to Russia and the Donbas, that according to Bandera logic is possible, because “for the sake of peremoga”, but they too.

For a whole year, Banderia saw her independent choice at the funeral of Minsk-2, according to the instructions of her father Biden, and suddenly in Paris they say that it must be performed! This is a clear zrada! Europe in Paris acted in this with Russia, so Bandera understand this as their drain. Therefore, the Maidan party in Kiev shouts: "Poroshenko leaked everyone!"

Of course, "Minsk-2" anyway, sooner or later, will die, but it is important how it will die, and when. The outcome of the Paris summit is such that the Bandera Nazis came to a terrible thought: Europe had already thrown them, after so many assurances of Bandera’s adherence to European values, and especially to the visa-free regime! But Poroshenko is lying, that has not yet thrown.

However, much worse is that Poroshenko is lying to Biden, the father of ukrodemocracy, and what will happen now? One deputy from “Batkivshchyna”, not Tymoshenko, said directly and unequivocally: “Ukraine is given to the mercy of Putin! The plan of Paris is inadmissible for Kiev, the elections in the Donbass only after the disarmament of the militants. ” Yes, this is the American plan of Joe Biden!

More evil tongues say that Tymoshenko somewhere in Europe met with Kolomoisky himself, they are countrymen, originally from Dnepropetrovsk. And Dmytro Yarosh, also their fellow countryman, has already called on his “Right Sector”, and all svidomye masses, to eliminate Poroshenko’s “occupation regime”. What combination of Dnepropetrovsk is planned? ..

Reliable sources in Donetsk say that the junta’s troops are indeed withdrawn from the front line. And they take them, very possibly, directly to Kiev. Kiev Mayor Klitschko promises decent heating, and indeed, it can really become very hot. Elections are always a holiday, only it is not known on whose street it will be this time.

In fact, Donetsk and Lugansk agreed only to postpone the election to February 20, to give Kiev another opportunity, at the request of Hollande and Merkel, to execute the Minsk-2 by entering into a dialogue with the Donbas. Only on the first day after the elections in the Donbass can its reintegration into Ukraine begin, but the elections agreed by Kiev with Donetsk and Lugansk, which contradicts the nature of Bandera. “The power is deceiving!” Shouts even the strong backward mind of Lyashko.

The ball on the field of Kiev, all observers say. And, maybe, on the field of Washington? Kiev, after all, is under the external control of Washington, let's not forget this. And now Washington’s thoughts and aspirations are expressed not by Poroshenko, who succumbed to the corrupting influence of Paris, but by Tymoshenko and her “Batkivshchyna”.

It is logical to expect that Joe Biden, after the “Parisian disgrace,” will transfer his grace from Poroshenko to Tymoshenko. Then on October 25 we will see the triumphant victory of Tymoshenko and her Batkivshchyna party in local elections. By the way, she has already received unhindered access to all the TV channels of the country. And this is a sign from above, from Washington!

It feels like something is brewing in Kiev. Who will deceive whom there, we will not guess, we will wait 25 of October. Tymoshenko, if he wins the election, will obviously demand political dividends, but which ones, and will Poroshenko be able to issue them? Will the lady with a scythe head, Yatsenyuk, be satisfied, or will he demand repentance of sins from Peter himself?

... Only Russia does not deceive anyone, but stands on its own, as it stood, defends its allies and trains at ISIS in Syria.

We are in Yandex Zen
Results of the week. “I will tell you one clever thing! Only you do not be offended! "
Situational analysis of the death of the MH17 flight (Malaysian Boeing 777), made on the basis of engineering analysis from 15.08.2014
33 comments
Information
Dear reader, to leave comments on the publication, you must to register.