New BTR-82AM arrived at the military base in Abkhazia

October 10 2015
72
About 30-ti modern BTR-82AM entered the motorized infantry of the Russian military base in Abkhazia, reports MIC with reference to the press service of the Southern Military District. Machinery arrived by rail from the factory. 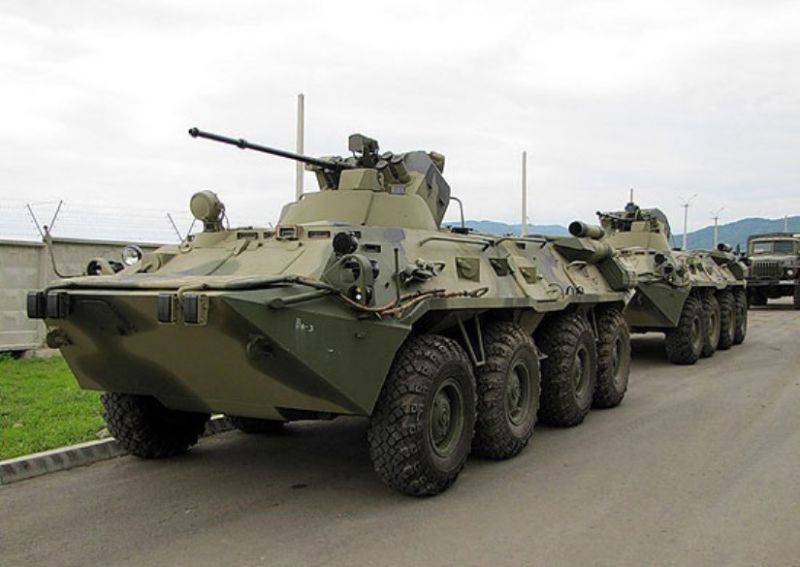 BTR-82AM - a variant of the deep modernization of the BTR-80 / 80А. According to the press service, it surpasses its predecessors in most indicators - “a more powerful engine and fragmentation protection were installed, a 30-mm 2А72 gun coupled to an 7,62-mm machine gun, advanced observation and aiming devices.”

It is reported that "to improve command control on the BTR-82AM, radio stations of the 5 generation P-168 were installed, the orientation system for determining the current coordinates of the vehicle and displaying its location on the electronic map of the area."

The machines are equipped with an air conditioning system that reduces crew fatigue and serves "to optimize the working conditions of electronic devices and instruments."

All the advantages of the new motorized infantry vehicles will be appreciated during the upcoming field trials.

Ctrl Enter
Noticed a mistake Highlight text and press. Ctrl + Enter
We are
Innovation Day of the Southern Military District: BTR-82AM armored personnel carrierInnovation Day of the Southern Military District: the Uran-6 robotic complex
72 comments
Information
Dear reader, to leave comments on the publication, you must to register.