October 10 2015
189
In the final of the Indian tender for the supply of one hundred self-propelled guns Russian SAU 2C19 "Msta-S" bypassed the installation of K9 manufactured by Samsung Techwin, reports Lenta.ru report. 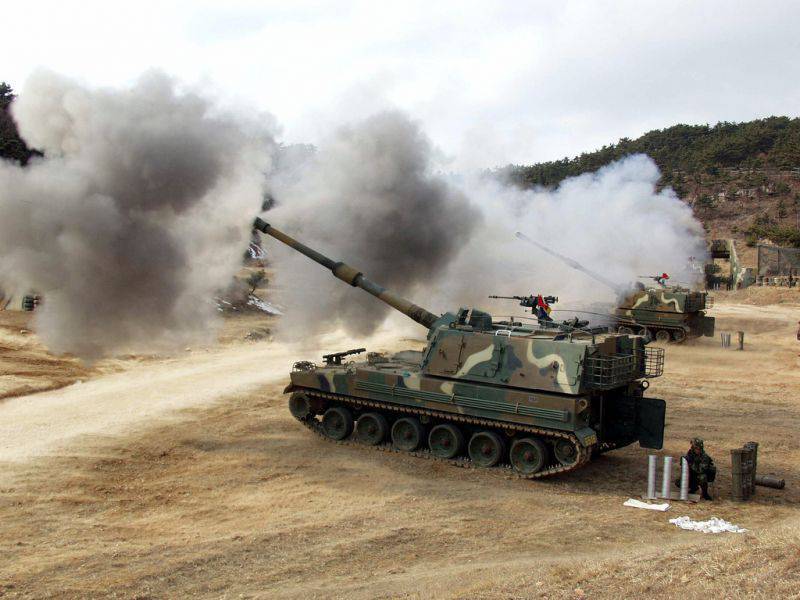 The parties agreed that half of the order (50 installations) will be produced under license in India. The cost of the future contract is estimated at $ 800 million.

According to media reports, "the Korean self-propelled gun surpassed the Russian one in the final part of the selection in terms of speed, operational mobility, combat rate of fire and accuracy of fire."

In total, in the coming 10 years, the Indian Ministry of Defense intends to acquire 814 artillery systems worth about $ 2,4 billion.

As the newspaper writes, India has been looking for suitable self-propelled and towed artillery systems for its army for many years. Past tenders have been canceled for various reasons. The current competition, during which the choice fell on South Korean products, was announced in 2014.

We are in Yandex Zen
Samsung Techwin Remote Controlled Battle Module
The action “Military service under the contract is your choice!” In Rostov-on-Don: future contract servicemen, exhibitions and “Russian Knights”
189 comments
Information
Dear reader, to leave comments on the publication, you must to register.