How Misha earned money on the Yelets pioneer plane

October 19 2015
15
Six-year-old Misha Tikhonovich in the courtyard everyone called hlyupikom. For this were their own, albeit very childish grounds. In May, most of the boys were already bathing, and Misha, at best, was sitting on the beach: he was afraid of water. In winter, the band of boys threw snowballs at each other, and the "hlyupik" constantly carried a spare pair of mittens in their pockets and changed them, a little wet. And at the same time I still constantly got cold, walked, sniffing and coughing. 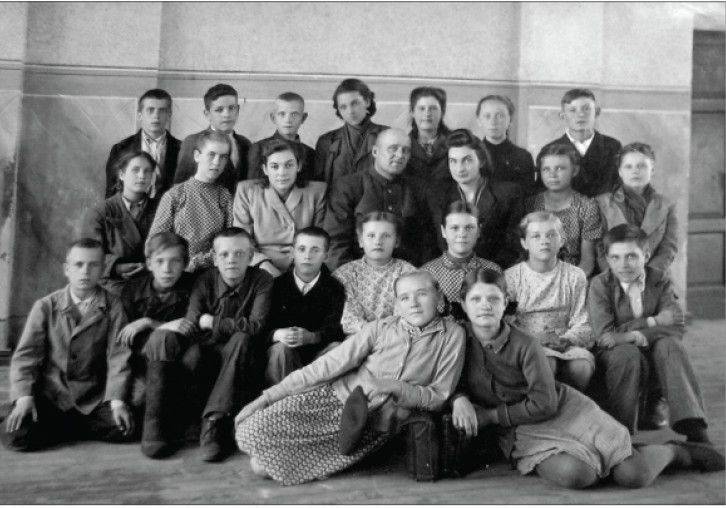 In a word, Misha grew up as a quiet lad who doesn’t like ordinary boyish fun. He preferred to stay at home, help around the house with his grandmother. For that, his own, and was "awarded" offensive nickname.

When the Great Patriotic War began, Misha thought that they would be the first to be killed. He lived on the outskirts of Yelets. When the fascists enter the city, the boy believed, they would immediately get to their family. And the fact that the enemies capture the Elec, Misha had no doubt. Two funerals have already arrived: the father and mother's brother, Uncle Lyosha, who also lived with them before the war. Since the fascists are so strong that they managed to cope with these two men, they will definitely take Elec.

... and really occupied. And they entered the house of the Tikhonovichs on the second day of the occupation. They took all the food, warm clothes (winter is in the yard, the damned Germans were cold!). We smashed the windows and shot grandmother Zoya, who with tears seized her father’s almost new sheepskin coat, not wanting to give it away. Grandmother fell dead, but she did not let the sheepskin out of her hands. Two fascists pulled him out.

For some reason, Misha and his mother were not touched. And they, half dead from fear, frost and hunger, were hiding in the cellar until the end of the occupation. It was there, in the dark, on the frozen straw, that Misha remembered about a wooden airplane that shortly before the start of the war his father had made it for him. The airplane was small, without a motor, but it flew well, although not far. “That would be to build a big plane and fly on it to look for a father! - thought Mishka. - Maybe he is alive, the funeral came by mistake? Is it lying somewhere in the forest, under a bush and waiting for me? ”And this naive childish thought became so strong that Misha suddenly believed that his father was alive. And even told about his dream to his mother.

Imagine the whole horror of the situation of these two relatives. They are actually without a home, food, only one weak hope for salvation. But even here, in the cellar, my mother found the strength to explain to Misha that only adults can build an airplane. And suggested that the guys can help earn money for its construction.

- How to do it? - asked Misha.
- In the summer you will help the collective farmers. By the time the enemy is already chased away. In the meantime, sit down.

But the boy did not want to sit. And as soon as the fascists were driven out of Yelets, he went to the former city palace of culture, where the hospital was now located. His mother worked here, but Misha specifically chose the time so as not to meet her. He came up in one of the nurses and said:
- I came to help you.
- How old are you? - she was surprised.
“Ten,” Mishka lied. - I just did not come out in height. Hlyupik.

So he began to work in the hospital "nurse Tikhonovich" - so Mishka dubbed the doctors. Of course, Mom immediately found out about everything, but did not resist. And the son asked her to keep his secret and told everyone that he already lives in the world for the eleventh year, and he throws firewood at home every day, because he does not get tired of changing at the hospital. And he had a lot of work here. Mishka changed the dressings and linen to the wounded, washed the bandages, read letters to them, washed dishes. He worked up to fourteen hours a day, and the doctors said that Misha probably had not only the second, but also the third, and the fourth, and even the fifth breath.

Once a soldier was brought with a severe head wound. The fighter was bandaged in such a way that only the eyes and the mouth could be seen because of the bandages. Most often the eyes were closed.
- How will he eat? - Misha asked the nurse.
- If only he came to the creation, and there we feed him! - sighed that.
But the fighter in the creation did not come. Then anxious Mishka slowly began to pull his sleeve - it did not help. Slapped a fighter on the cheeks - it is useless. He dragged a ladle in the kitchen and began hitting the metal headboard. Other soldiers, hearing the hellish roar, began to swear, but after learning what was the matter, they offered help.
- Let's beat something heavy on the bars of the beds! - said Misha. - And our choir will wake a fighter.
The soldiers took what they could: mugs, plates, spoons, crutches. And everyone began to drum. The cannonade was such that the windows rattled. And then the wounded man finally opened his eyes. I looked around and hoarsely asked:
- Bombing?
Everyone laughed.

... Misha was even paid a real salary, but received her mother and gave her son. He piled the money under the floorboard. And he waited for the accumulated amount and build the plane. But savings grew slowly.
Then Misha his surviving things (they were on him when the Nazis arrived) and even the primer, which was presented by the father. I asked my mother to sell it all on the market. Mom cried, refused, but Misha said:
- If you do not sell, I will run away from home.

In the spring, during his free time at the hospital, Misha helped the collective farmers in the field. There were not enough cars, horses, many people dug up the earth with shovels. And "hlyupik" - too. Once he was so tired that he fell asleep while hugging a shovel. Another time I almost ran into a mine, but in time I saw her and called for adults.

And in the hospital, meanwhile, the wounded did not become less. Once they brought a woman nurse. She brought soldiers from the battlefield, a mine exploded nearby, she was wounded in the stomach. The nurse knew that the wound was fatal. She urged the doctors not to waste precious medicines and bandages, and then she saw Misha in half-delirium and suddenly shouted:
- Son! You are alive!
Of course, the nurse was mistaken. Probably, her own son died, and Misha just turned out to be like him. But the six-year-old boy realized that he simply had no right to say this to a dying woman. I went to her, hugged and whispered:
- Mom, it's me.
She died in his arms. Smiling because she found a son.

... During the Great Patriotic War, the pioneers of Yelets and the Yelets district raised more than a million (!) Rubles for the construction tank the columns. And several thousand - on the plane "Yelets pioneer". Five hundred and thirty rubles was contributed by Misha Tikhonovich to this piggy bank. He was not a pioneer yet, but his contribution was the largest. Misha didn’t have to insist on looking for a father on a built airplane. Because in June 1943 a miracle happened: the father was alive. He was captured, and fellow soldiers considered Matvey Fedorovich dead. And when a mother crying with happiness brought a soldier's triangle home, Misha remembered that dream that was born in a frozen cellar, on frozen straw.
In the photo Misha is the first on the left. Here he is already older.

Ctrl Enter
Noticed a mistake Highlight text and press. Ctrl + Enter
We are
Father toldGreat Victory in Photos
15 comments
Information
Dear reader, to leave comments on the publication, you must to register.