The United States missed the rearmament of Russia with fundamentally new missiles. 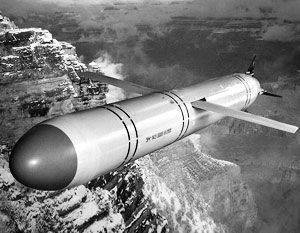 Russia's spectacular use of cruise missiles that hit ISI’s terrorist facilities in Syria is not only and not so much a sign of the increased power of the domestic Armed Forces. With their adoption, Russia for the first time in decades coped with the losses incurred at the conclusion of one of the landmark agreements of the end of the Cold War.


Use by the Russian Navy fleet within the framework of the operation in Syria of strategic project 3M14 cruise missiles (Caliber), it not only became a worldwide sensation, but also forced a number of English-speaking experts to return to the analysis of the circumstances of the bygone time - the signing and implementation of the Treaty on the Elimination of Medium and Short Range Missiles (INF).

The USSR and the United States have been torturing it for a couple of decades, bargaining for each other's tiny concessions, starting with the fact that the very classification of missiles by definition of their range and the principle of flight had originally been different for the parties. With the first Tomahawks in service with the United States, a prototype of cruise missiles capable of flying at low altitudes, bypassing the air defense system, negotiations moved into a more active phase, but still were inhibited by the existing parity. Trade then was not so much on the destruction of medium-range missiles, as about the forms of their withdrawal from Europe. And only with the coming to power of Mikhail Gorbachev, who announced a program for the complete destruction of nuclear weapons “All over the world,” the United States got the opportunity to achieve amazing preferences.

As a result of December 7 1987 in Washington, the parties pledged to destroy ground-based DAMAs as a class. It suited the USA completely, since the Tomahawks were initially developed in three (three and a half) basing versions at once: ground, air, sea (surface / submarine). In the USSR, only promising developments were conducted, and the first prototype was demonstrated only in the 1993 year, that is, two years after the contract was fully executed by both parties, and one of them, the USSR, no longer existed.

Since 1991, the United States has completely transferred its "Tomahawks" to the fleet management and converted cruise missiles, constantly improving them, almost into the main weapon, demonstrating the power and strength of the American army. Only against Yugoslavia in the 1999 year about 700 cruise missiles were used. Jubilee, 2000, launch carried out the destroyer "Barry" at one of the residences of Muammar Gaddafi in 2011 year.

The first signs of concern, which then grew into a scandal, appeared in 2007, when the Russian General Staff began to alarm public opinion with statements about Moscow’s possible revision of the entire system of strategic treaties on nuclear, missile and anti-missile weapons that had developed in the last years of the USSR and partly in 90 years Then the General Staff explained the idea of ​​a total revision of the entire legal treaty system of nuclear deterrence by talking (then — only talking) about the deployment of elements of the new American missile defense system in Eastern Europe. Now it sounds ridiculous, but many have forgotten that these plans of the Americans were argued by their “defense against Iranian ballistic missiles.”

The contract concluded between the then USSR and the USA is indefinite. But after almost 30 years after the conclusion, it became clear that it contained another weak place for Russia. “New” nuclear-missile countries, for example, India, Pakistan, Iran, Israel, both Koreas, have the full legal right to possess cruise missiles of any type of home base. And Russia - as a result of an archaic treaty concluded, in fact, by another country with a different political system and structure in fundamentally different external and economic conditions - cannot. Somehow unfair.

The US itself initiated a clearing up of relations with Russia about the SMDS, including in the press, using “military experts” of varying degrees of bias when it came to deploying Iskander in the Kaliningrad region — this could be our response to the beginning of the installation of Missile defense in Poland and Romania. But all these disputes, which grew into an ugly public skirmish, concerned only the letters of the treaty on the SMDS, that is, land-based missiles.

It is clear that the controversy surrounding the Eastern European missile defense and Iskander seriously distracted the attention of the United States, but the arrival of the 3М14 Caliber cruise missiles into service with the Russian Navy was something completely unexpected for them. Although, in principle, no one has built a special secret from this project. Another thing is that the rearmament of the Russian fleet with cruise missiles and ships capable of using them has happened in the last two years as an avalanche. In addition to the small Buyan-M missile ships (21631 project), almost the entire Caspian flotilla was re-equipped with cruise missiles, turning it into a strike force in the Middle East direction. Now the Black Sea Fleet has begun receiving new submarines of the Varshavyanka class. Equipped with similar cruise missiles, these submarines can control not only the Middle East, but also half of Southern Europe.

From the point of view of the INF Treaty, whatever his fate, the re-equipment of the Russian fleet with cruise missiles is absolutely legal. The United States simply missed the “point of growth.” Back in 1988, they believed that then the Soviet military industrial complex would not fight for naval modifications of cruise missiles, and after 1991, they decided that the Russian military industrial and design ideas no longer exist. Therefore, the INF Treaty has not been updated, and the US naval component of the United States did not attach any importance to it. Self-confidence is a dangerous thing, and underestimating the potential of an opponent is critical not only on the football field.

To be honest, in such a spectacular and successful use of Russian cruise missiles, as it happened on 7 in October 2015, there was absolutely no terrible need. But a demonstration of confidence, called “trolling an 80 level,” on the Internet, has never been superfluous. What happened is a visual result of the rearmament program, strategic planning in the distribution of forces and facilities and other capabilities of the modern Russian army. Vladimir Putin, accepting the report of the Minister of Defense Sergei Shoigu, just stressed that new types of Russian weapons are being tested in real conditions of hostilities, as well as the personnel who maintain and use this equipment.

Yes, the nuclear deterrence system as a whole is a very complex, multi-tiered mechanism, in which the emergence of a capable fleet and cruise missiles in the Russian Federation is only one of hundreds of components. At the local level, the actions of the Caspian Flotilla clearly demonstrated the effectiveness of the new weapons systems, and now the same system will be transferred to the Black Sea Fleet. But we can already say that the strategy adopted by Russia to equip it with the latest weapons systems turned out to be correct.