October 12 2015
32
A few years ago, one of the main topics of controversy was the purchase of Italian Iveco LMV armored cars. Despite the lack of consensus among specialists and the public, the military department still signed a contract for the supply of such equipment. LMV armored cars were assembled at a Russian enterprise for some time and delivered to the troops. Equipment for the Russian armed forces received a new name - "Lynx". Since the beginning of deliveries, Lynx armored cars have been repeatedly shown to the public. For example, 5 and 6 of October, such a machine “worked” as an exhibit at the “Innovation Day of the Southern Military District” exhibition in Rostov-on-Don.


Armored car LMV was developed by the Italian company Iveco and was put to the test at the beginning of the last decade. In the future, this machine has successfully passed all the checks and was adopted by the Italian army. In addition, the military of other countries became interested in this technique, resulting in the appearance of several export contracts. For obvious reasons, the contract for the supply of vehicles to the Russian armed forces has become the most famous in our country.

The LMV / Lynx armored vehicle is a special protected vehicle designed to solve a wide range of tasks, primarily related to the transportation of personnel and small loads. In addition, such a technique can be used to patrol specified areas, to escort convoy, reconnaissance, etc. operations. The range of tasks performed significantly expands the possibility of installing special types of equipment or weapons of various types on the machines. 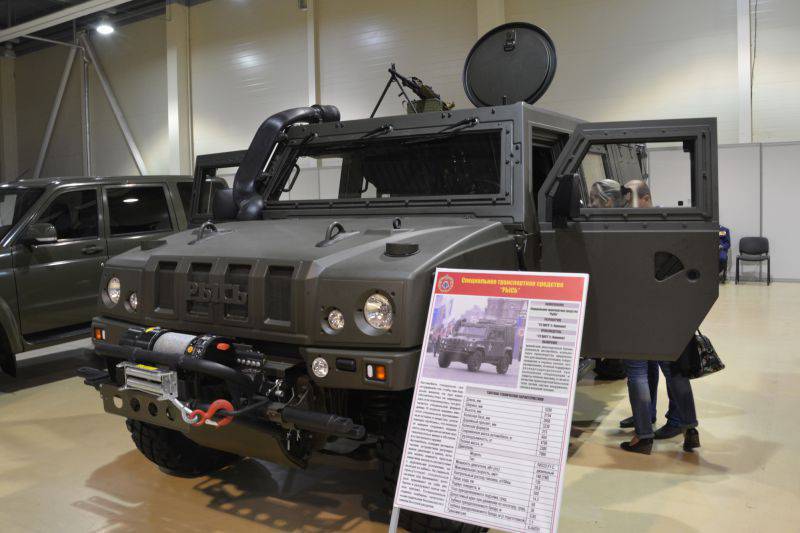 The machine has a complex of ballistic and mine protection. Taking into account the peculiarities of military conflicts of the last decades, the “Lynx” is equipped with armor that protects against small arms. weapons various types, and also has a number of features aimed at protecting against explosive devices. In particular, a special hull frame and crew seats are used, which absorb part of the explosion energy. The design of the armored car provides for the possibility of installing additional protection modules.

The armored car is equipped with a Italian-made Iveco F1 C diesel engine, which develops power up to 190 hp. An automatic gearbox is connected to the engine. With a total mass at the level of 7 T, this powerplant allows the machine to reach speeds of up to 130 km / h. The armored car can carry five people, including the driver or 2,3 tons of various goods. The weight of the towed trailer exceeds 4 t. For the carriage of goods in the rear part of the hull there is a special compartment with access through its own rear and side doors.

The crew and troops are placed in a common cabin on special "anti-mine" chairs. The crew seats have a special design that absorbs part of the energy of the blast wave when driving an explosive device. In addition, the seats are equipped with five-point straps with quick release locks. An interesting feature of the seats is the specific shape of the back, through which the weight of the fighter's gear is transferred to the seat, reducing the load.

The “Lynx” armored car can be equipped with various weapons and special equipment. For the installation of weapons proposed to use the sunroof, above the rear seats. Foreign operators of Italian-made armored vehicles actively use this opportunity.

The first information about the possible purchases of Iveco LMV armored cars for the Russian armed forces appeared in 2009. Then several of these machines were purchased for testing at Russian landfills. In 2010, two more finished machines were purchased, as well as several assembly kits. The assembly of these armored cars was carried out at the KamAZ plant. In the middle of the same year, the armored car “Lynx” was adopted by the Russian army, after which the production of this vehicle was launched.

It was originally planned that by 2016, the armed forces would receive 1775 armored cars. Later it was mentioned that the army needed about 3 thousand such machines. At the end of 2011, an agreement was reached on the production of armored cars at a joint venture in Voronezh. Over time, it was planned to increase the localization of production - about half of the components had to be produced in Russia.

In January, 2013, the leadership of the armed forces announced that in the future the assembly and purchase of “Rysy” would be discontinued. The troops will continue to operate the received machines, but additional contracts for the supply of equipment will not be signed. The further production of licensed armored cars was decided to be abandoned in favor of the construction of own-developed equipment. 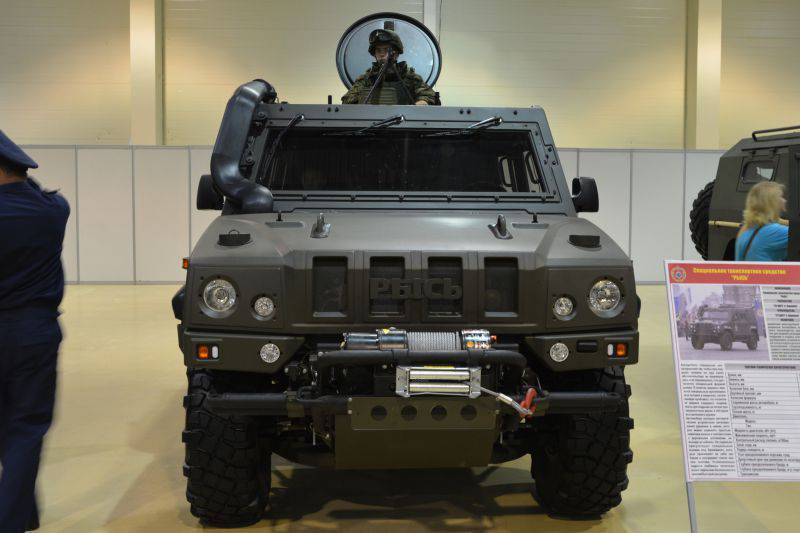 The armored car has a recognizable appearance and a characteristic grille with a relief name. 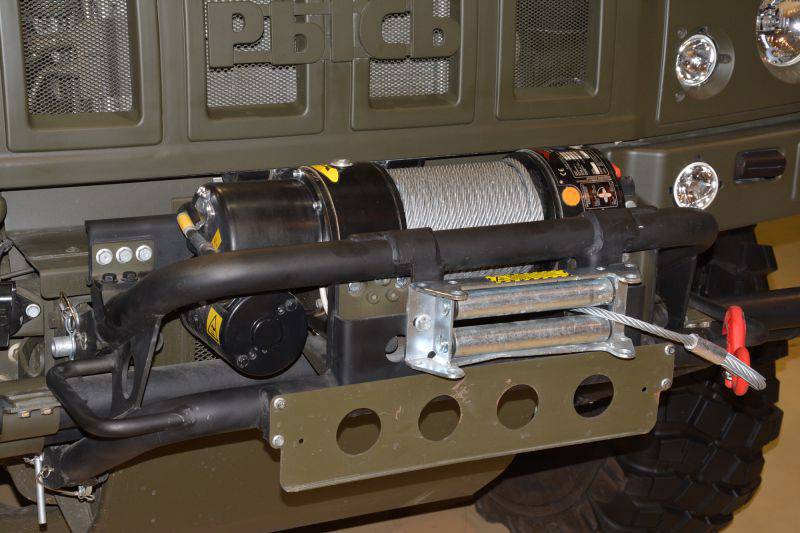 Winch located in front of the grille 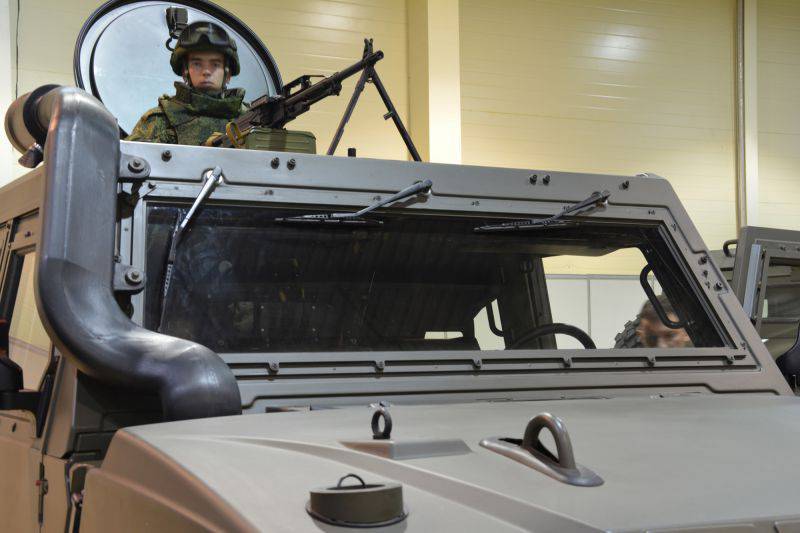 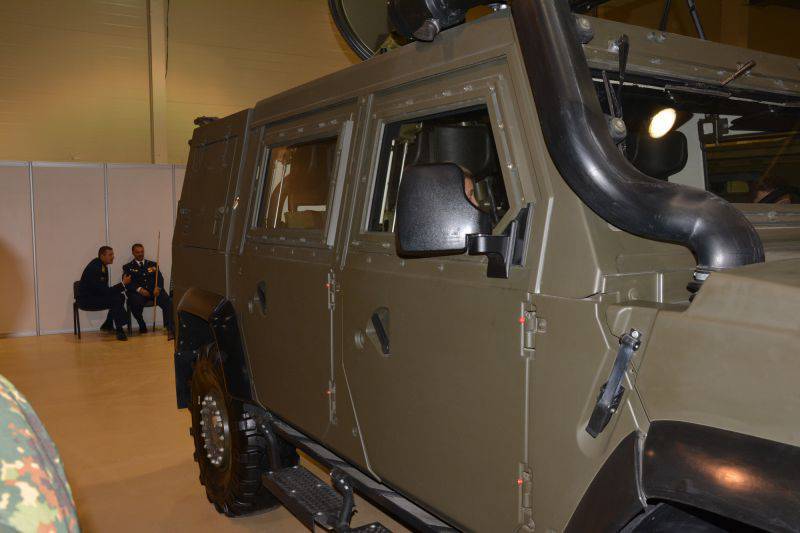 The machine has two pairs of side doors for embarkation and disembarkation. 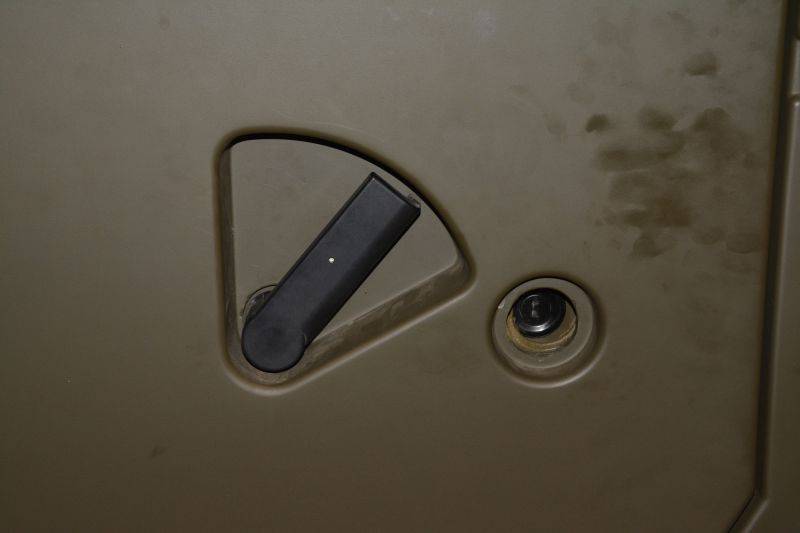 Door handles have an unusual design 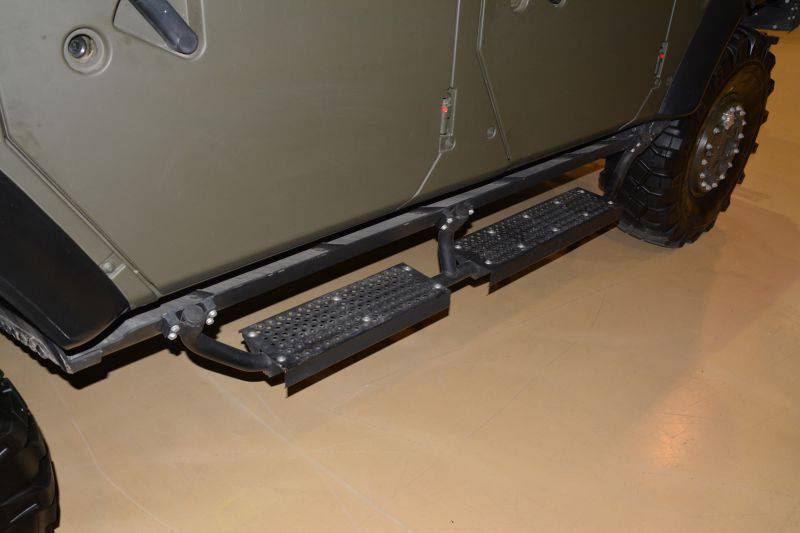 Despite the small height of the armored car, there are footboards under the doors. 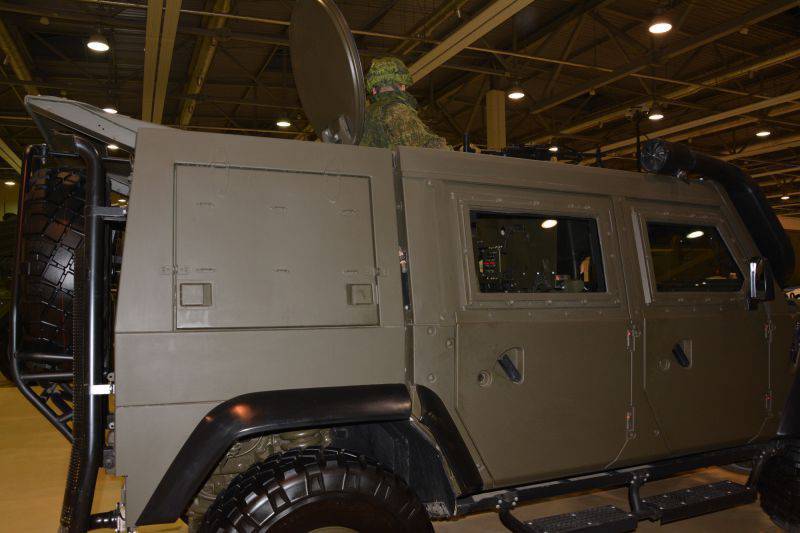 Behind the doors are hatches for access to the cargo compartment 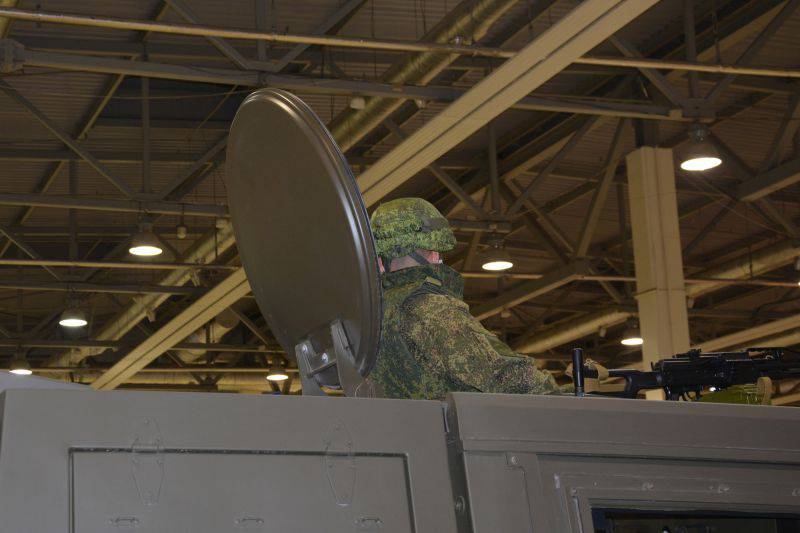 In the roof there is a hatch for installing weapons 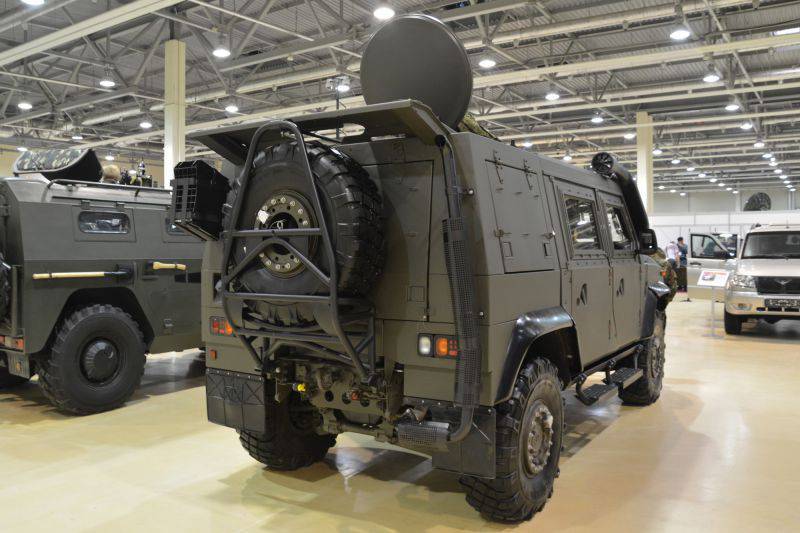 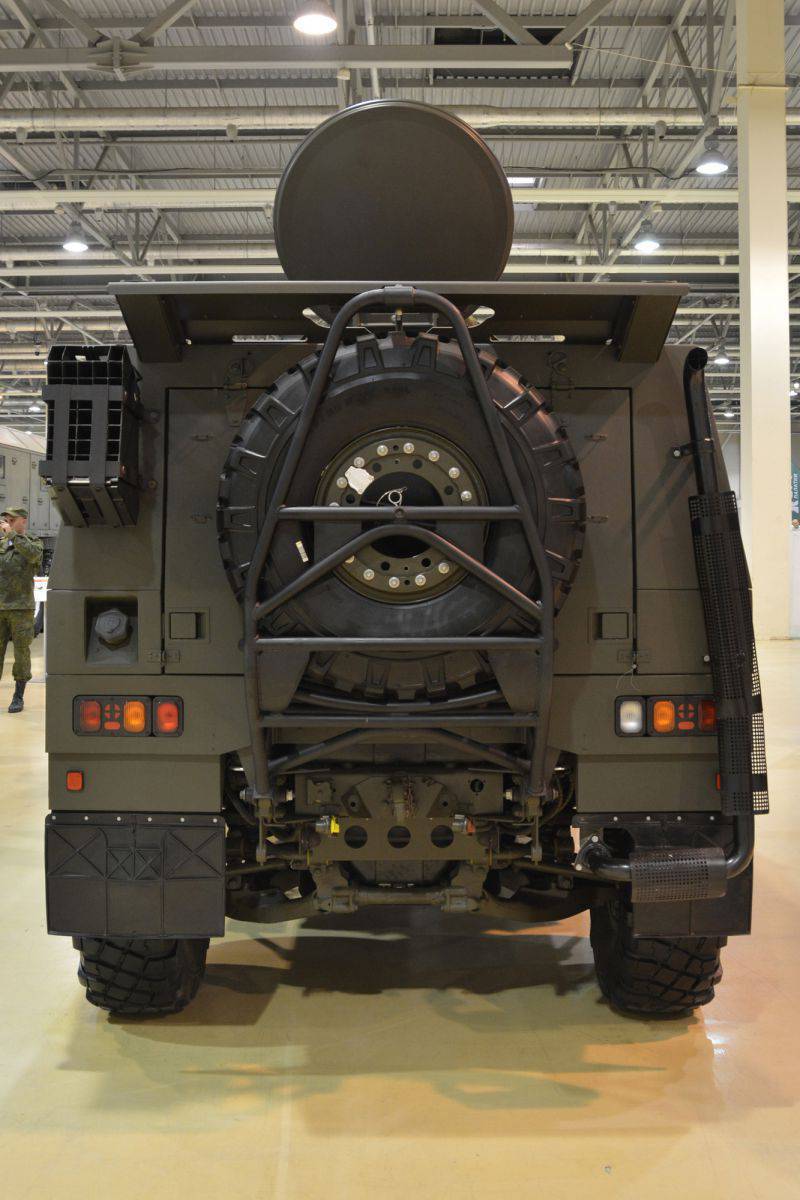 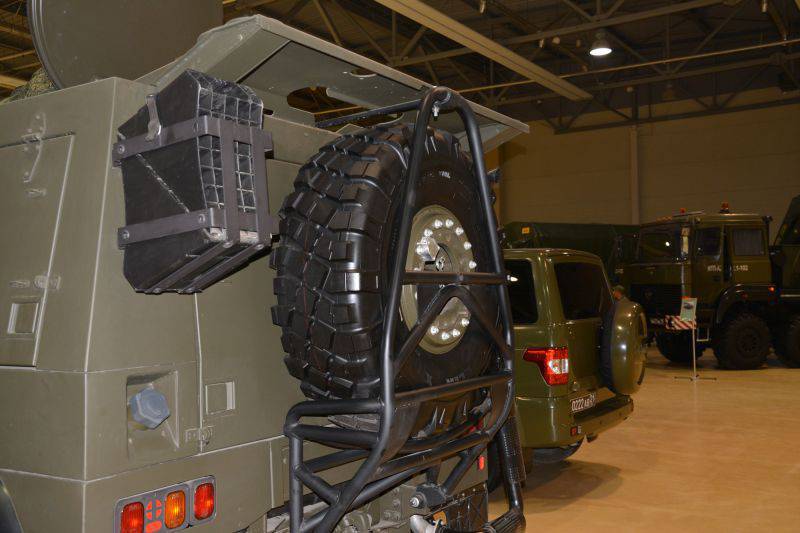 The back of the case from different angles 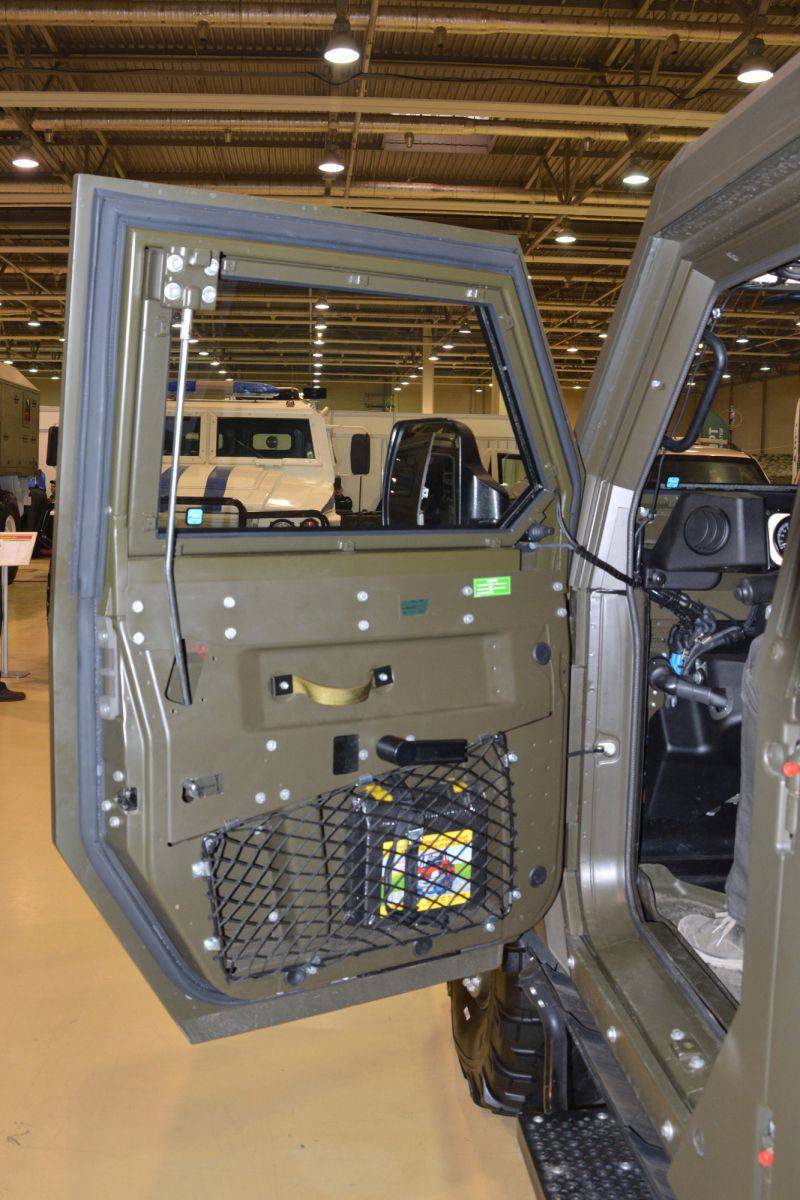 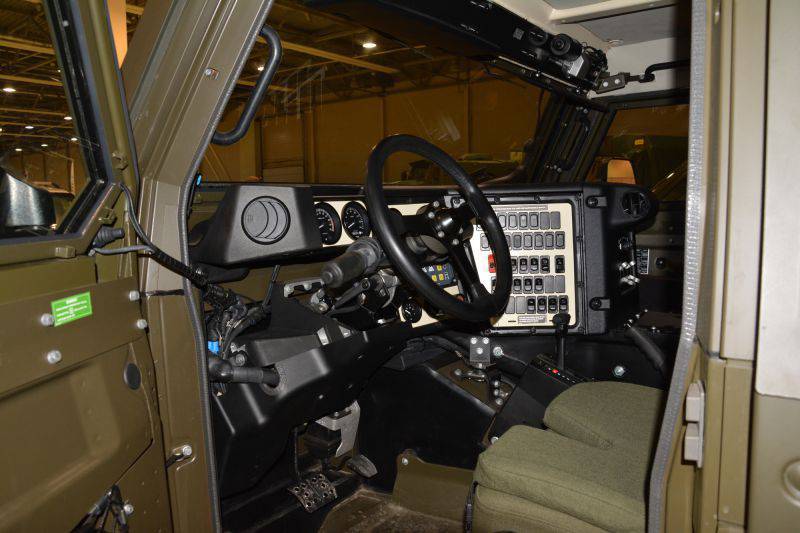 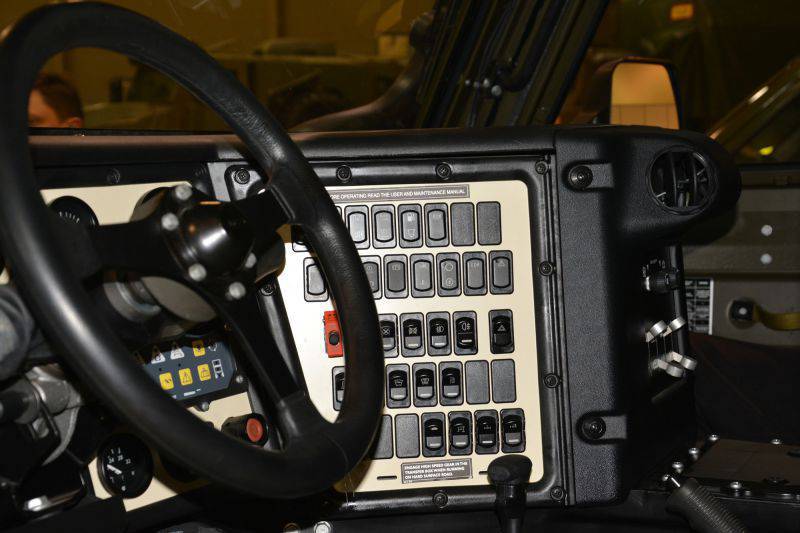 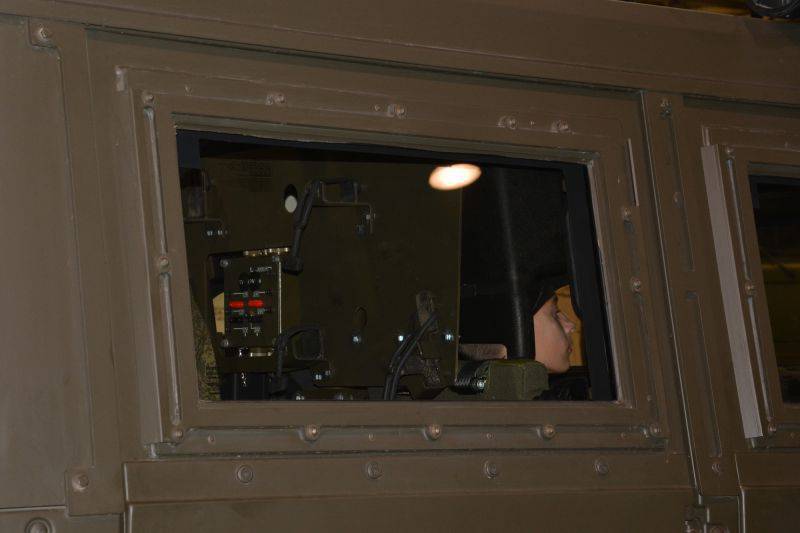 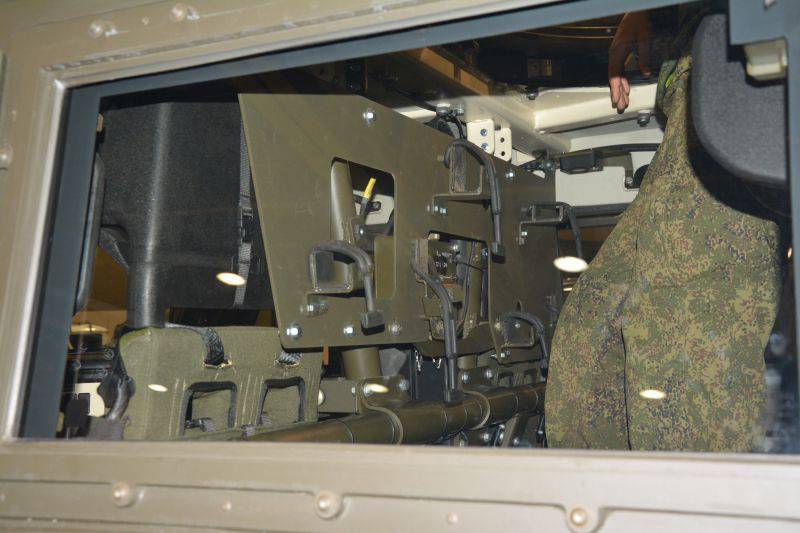 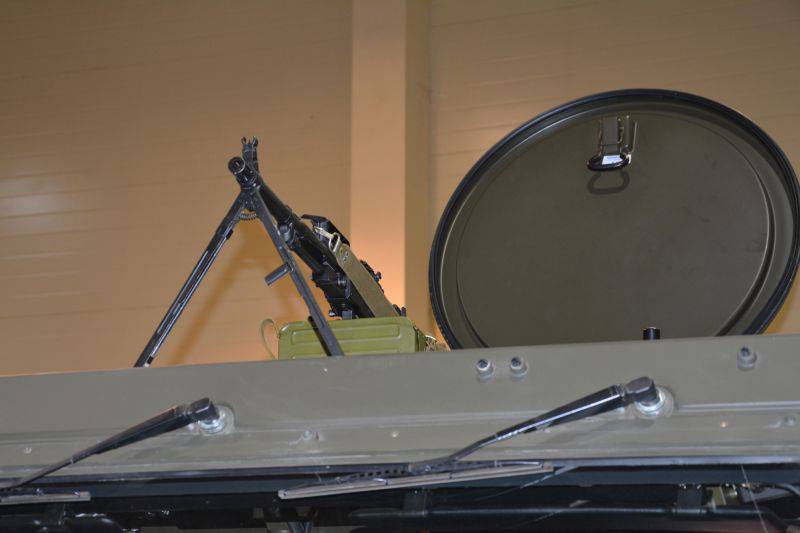 The Lynx armored car can have various weapons, but the showpiece was equipped only with a Pecheneg machine gun, simply mounted on the roof. 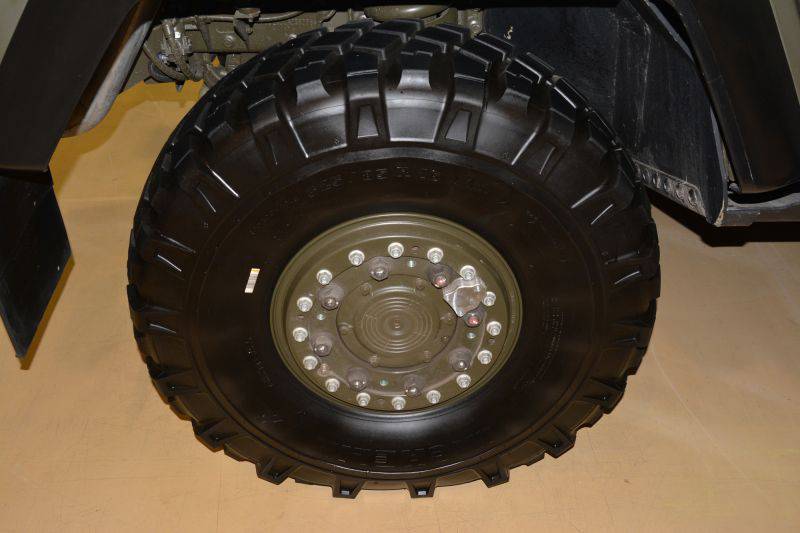 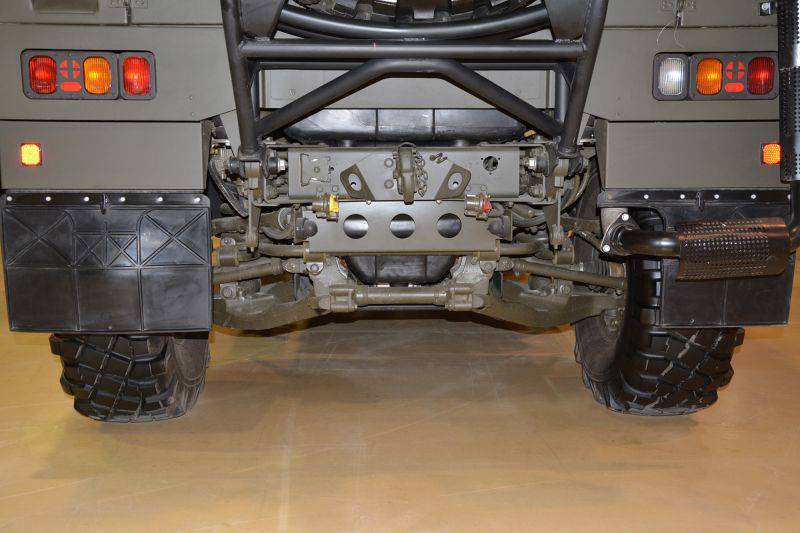 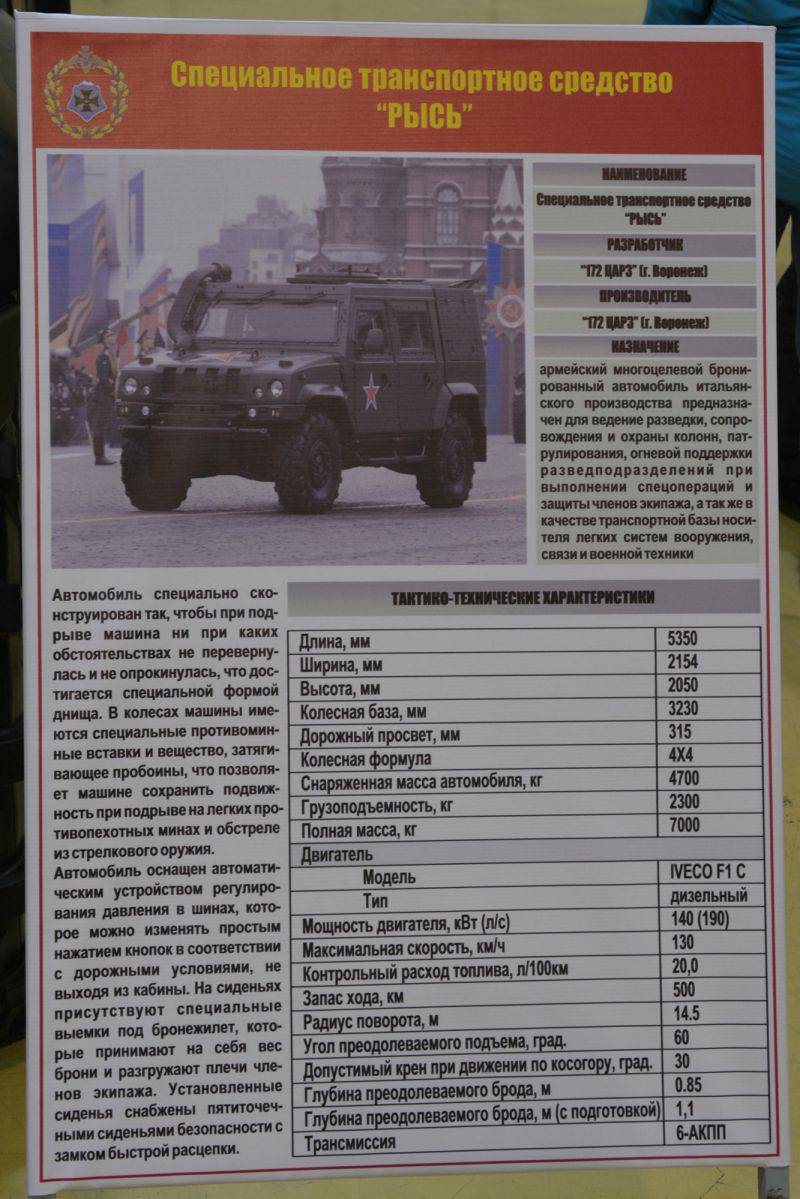 We are in Yandex Zen
Innovation Day of the Southern Military District: Pictures from the Exhibition
The action “Military service under the contract is your choice!” In Rostov-on-Don: future contract servicemen, exhibitions and “Russian Knights”
32 comments
Information
Dear reader, to leave comments on the publication, you must to register.