October 10 2015
33
The anniversary of the reunification of the Crimea with Russia is approaching. Let's take a look at this event. Stories and try to see his main truth. Victory and its price. What tasks we still have to solve?


We will consider the original date of a referendum in the Crimea on reunification with Russia, March 16 2014. Further - there was already documentary registration with us. Everything went according to the laws of the Crimea and Russia. As part of the Motherland, two new subjects of the Federation were formed - the Republic of Crimea and the city of federal importance Sevastopol.

This event begins a new era in world politics. Peaceful victory. Polite people. Accession of land and the restoration of borders on the basis of moral authority and justice. Russia is the only center of gravity capable of such. The only power that can give, help, raise, not counting all the percentages of poor profits.

This is the victory of Good. And did not consider the cost of prices.

Most countries in the Western world have condemned Russia. The UN, OSCE and NATO immediately adopted condemning resolutions. Clearly dictating to the whole world that freedom and democracy are only what they agree to admit. Therefore, when the interpretation of any term belongs to one - it is weapons suppression, and nothing more. This is what the concept of “freedom” has become in the arena between countries. And we must be firmly aware of this.

The position of the countries on the resolution against Russia clearly shows who even has his own will and vision. The belligerent Afghanistan, Cuba, North Korea, China, India, Armenia, Moldova, Kazakhstan and Kyrgyzstan - this is an incomplete list of those who did not “first throw a stone” and support Western lies.

Economic sanctions were imposed on Russia. And their list is growing. This is a cowardly way of war for a rotten western world. If the law is violated, if there is annexation, then it is necessary to protect the weak. Until the end, seriously. Before the war. But the experience of the “strange war” with the Nazis is too much for our friends. And there is not even the former spirit in them. So they begin to "imitation of stormy activity."

There should be no illusions. Reunion with the Crimea is the return of the Russians to their homeland. Sanctions are imposed because the west is our ancient and sworn enemy. And do not be the Crimea, they would have crushed us otherwise. There is no “price” of return here and there can not be. Fatherland, their brothers do not trade. This should have been done, for this is the Truth. The very thought of this is insignificant.

Our President Vladimir Putin has acted here as a real man, the father of nations. And did not flinch.

But there was also an internal burden of Crimea. The return of a new land from a foreign power is not easy. Virtually no examples today.

Pay pensions, contributions to which were not in our budgets. Return money to depositors of Ukrainian banks that stole them and closed. Nationalize the property of the Ukrainian oligarchs ...

Finally, the problems of transport. When do not go train. And there is only air and the crossing of Kerch. All these risks had to be taken into account. And they were taken into account. The funds were invested, the will is shown. Yes, it was the budget of Russia, which was not formed in the Crimea.

It's like that. You and I paid this to ensure that our brothers did not live under the yoke of the Nazis. For our common Russian home. And the guys in Yakutia paid, and in Kamchatka. And in Perm. Whole country. And I am proud that this is my country that is investing not in war, but in saving lives. In the great return. I believe that a sign of greatness is the willingness to give, pardon, give. And do not consume. I want to be a citizen of the Empire of Good. And not another "country of sovereign consumers."

But the good must be not only with his fists, but with his head. Billions in funds were invested. Not a sin and return! Saving on renting Sevastopol is good. But tourism must be developed. And it is obvious that in the conditions of sanctions this should be domestic tourism and friendly countries. To create conditions, preferential transportation, hotels, paperwork. In modern conditions it is important that you can use the image of the Crimea as a “region without migrants”.

It should be understood that the flow of tourists is not only trips and tickets. But the elementary expenses that they will produce already in the Crimea and leave money there. This is an incentive for infrastructure and jobs. This is a powerful propaganda move that, regardless of Western aggression, Russia remains the center of gravity, wide gestures.

Crimea is a potential for unique ecological industries, special brands of pure water, wines and fruits. In a situation of global confrontation, the Crimean brand itself will already play into our hands in the right regions.

I am proud that my Party even before the referendum was at rallies in the Crimea, organized self-defense, the Russian International. What is not for the money, not for the promise of seats in parliament and in power. And for the Truth, people flew from Moscow to Sevastopol. To fight. And they won.

Crimea is a lesson. A new era of peace, a time of greatness of spirit. Strong will and new ideas. There will not be an era of mercy, but there should be an era of will. Russia should show itself as a moral authority and an independent center of power. Necessary to all mankind to confront the bloody Western project of capitalism. The millennia of our history cry out to us. Our cause is just, the enemy will be defeated, victory will be ours! 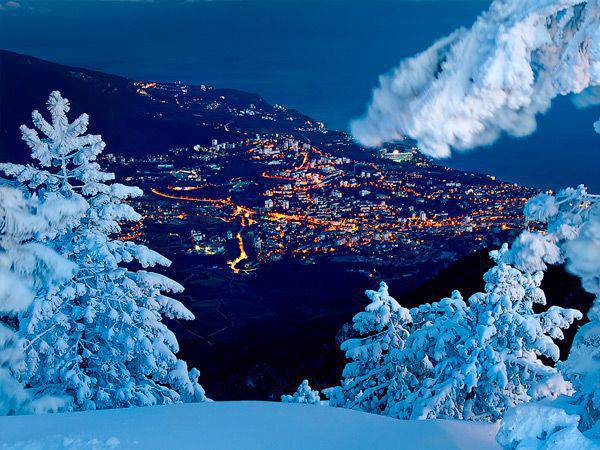 We are in Yandex Zen
A great interview with Sergey Lavrov: about Ukraine, Obama and Iran
Strange monitoring and double standards
33 comments
Information
Dear reader, to leave comments on the publication, you must to register.