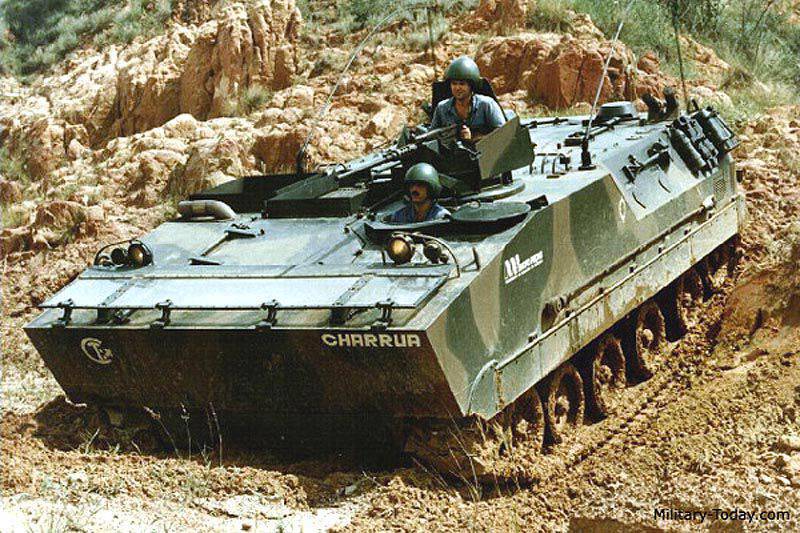 
The Charrua tracked amphibious assault vehicle was developed by Moto Pecas, a Brazilian company. The car is named for the South American tribe, but has another designation XMP-1. At the beginning of the 80s, the Brazilian armed forces needed to replace the 500 fleet with the obsolete US-tracked M59 armored personnel carriers, which were delivered at the beginning of the 50's. The Brazilian Ministry of Defense sought to find a car similar to the M113 BTR. The project was launched in 1983, and the first prototype was made in 1985. Then a few more experimental machines were made. In the car Charrua were mainly used Brazilian technology. However, the entire program for this armored personnel carrier was closed. Ultimately, the Brazilian army and marine corps adopted the American BTR M113, a total of more than 600 of these vehicles were ordered.

The Charrua armored personnel carrier looks like a M113 vehicle. The first prototype had a box-type body with vertical sides. The second prototype in the area of ​​the amphibious branch of the board received a slope. Both options have a large internal volume.

The armor of the machine provides all-view protection against 7,62-mm bullets and shell fragments. With additional ceramic armor, the frontal part can withstand the hit of 20-mm projectiles.

The Charrua BTR has a crew of two people and can accommodate a detachment of infantry from 9 fully equipped soldiers. Embarkation and disembarkation is carried out through the rear doors. There are also hatches on the roof for observation, firing and emergency exits. There are also several embrasures for firing personal weapons.

It was originally planned to install the Brazilian diesel engine on a new BTR. However, the Saab-Scania DSI-11 hp 394 diesel engine was installed on this armored personnel carrier. The engine is located in the front of the case, it is mounted in a single unit with an Allison automatic transmission. With two 270-liter fuel tanks, the range on the highway is 500 km. Also for this machine was offered the engine Detroit Diesel 6V92TA power 450 hp

This armored personnel carrier is floating. On the water is driven by two jets. In this case, the machine develops speed 8 km / h. She could cross lakes and rivers, which are very numerous in Brazil. 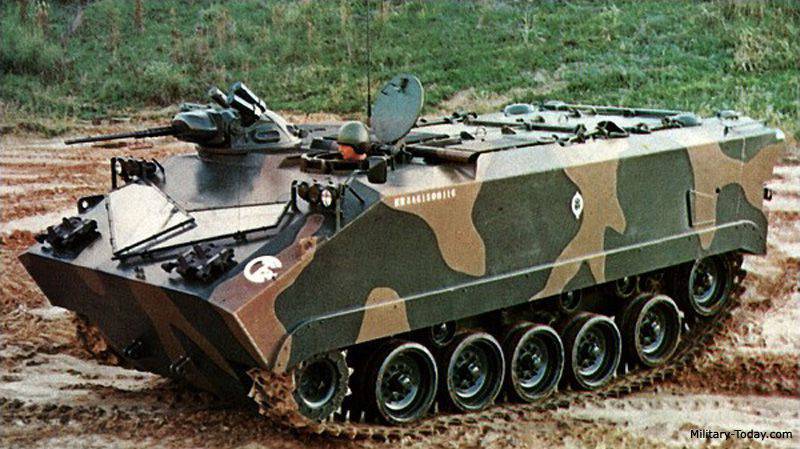 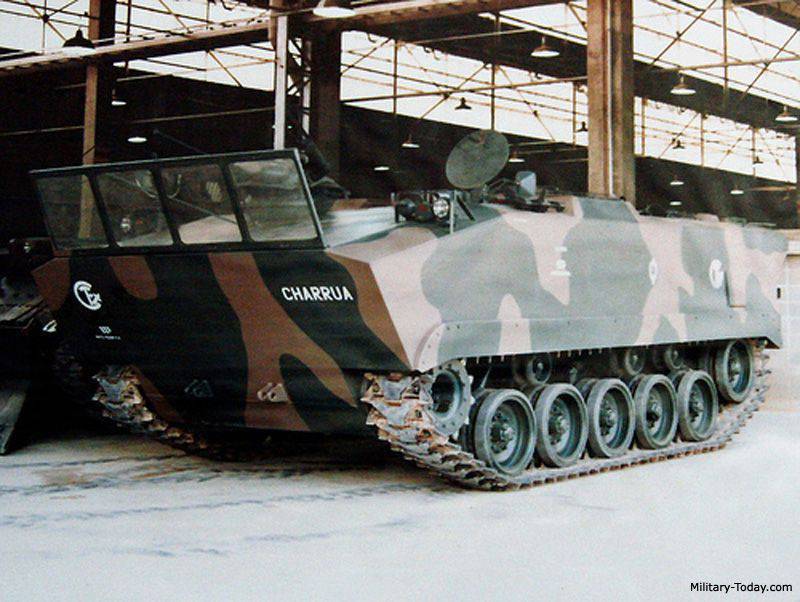 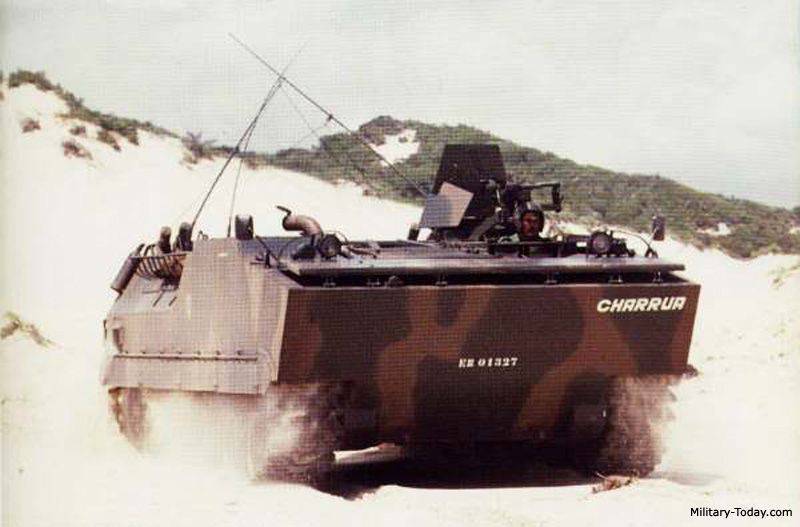 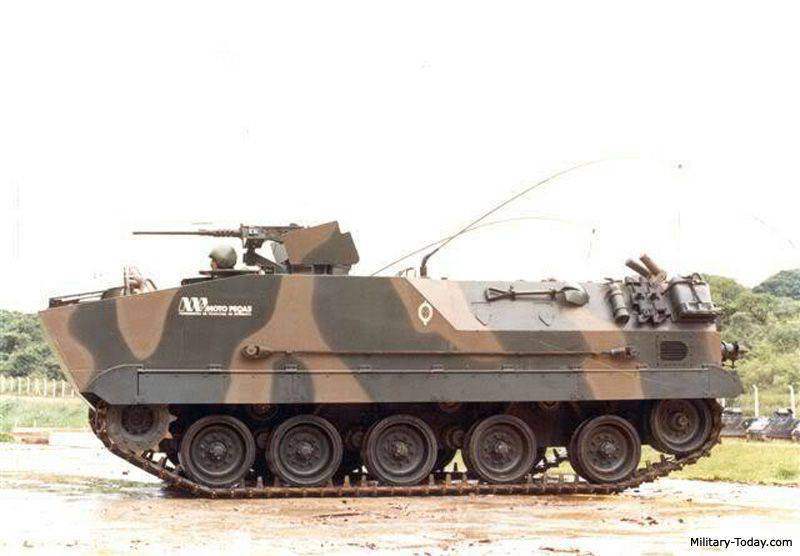 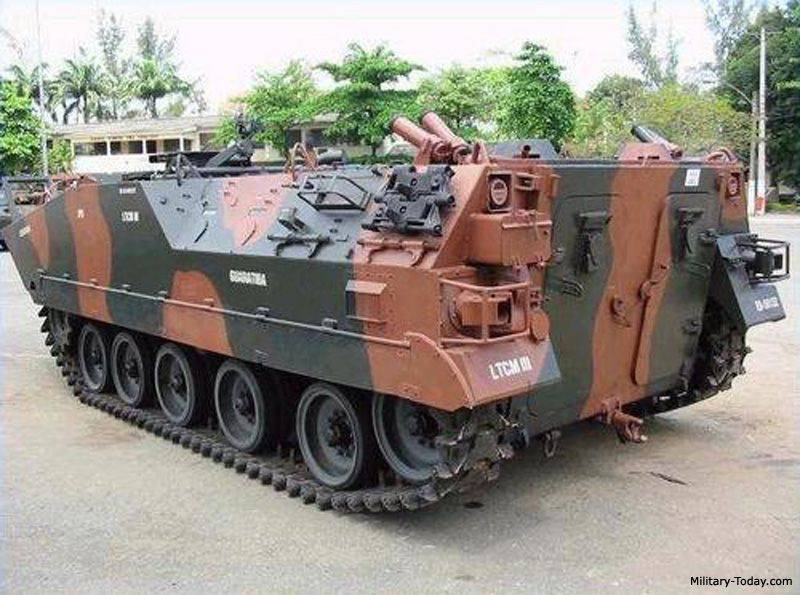 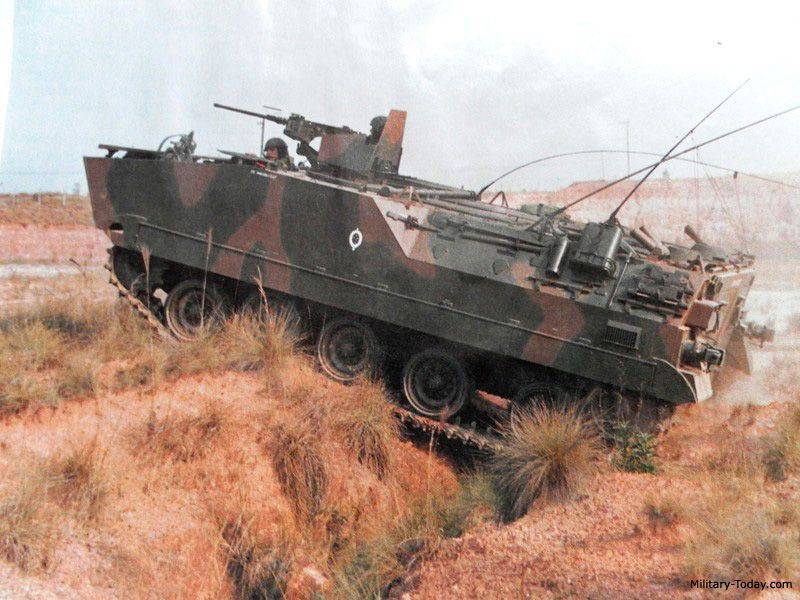 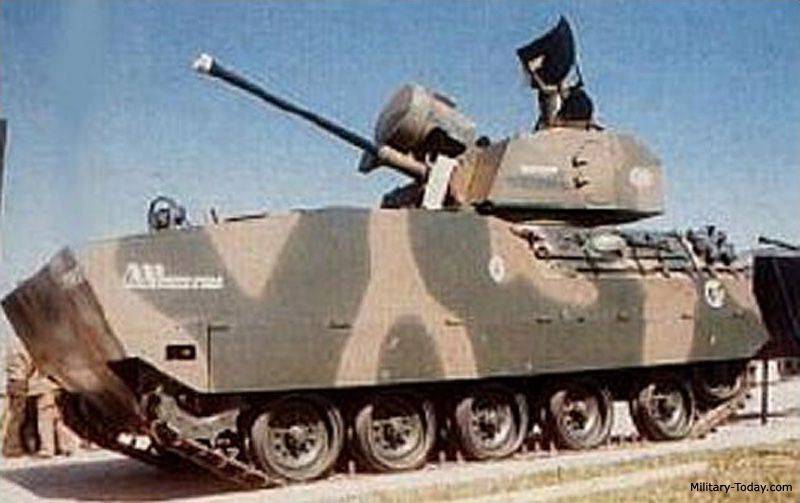