October 12 2015
62
US congressmen decided to engage in intelligence activities. There are quite a few of the latter in the United States; spies eat a lot of budget money, too, but they have missed the Russian phenomenon in Syria. According to some Senate members of the committee, scouts are in vain eating their own bread, and any fool in their place could have guessed that Putin had planned something in the Middle East. The Russians even made warning signs in Syria, but the intelligence services overslept everything. 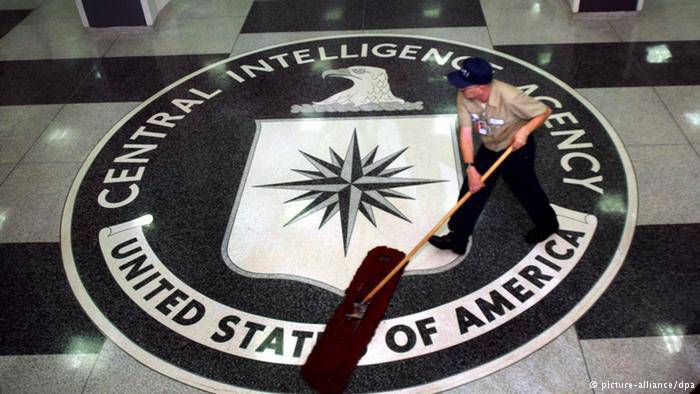 On the agency website Reuters an exclusive material has appeared, which tells about the congressional discontent with the work of American intelligence officers.

Anxiously thinking about how Moscow “intervened” in the affairs of Syria, US lawmakers began investigating the possible causes of intelligence failures in the Middle East. Senators are concerned that the US intelligence services have been thinking too long, trying to realize the thoughts and intentions of the Russian leaders who are carrying out the “military offensive.”

The “sources” in Congress and other “officials” told Reuters correspondents about the initiated proceedings.

A week after the launch of the Russian campaign against IG and the first air strikes, the intelligence committees of the Senate and House of Representatives decided to study one important issue. Namely, the extent to which the US intelligence community has lost sight of, or even misjudged, “critical warning signs.” About this "Reuters" said unnamed sources.

"White spots" on the map of hostilities - the results of US intelligence blunders made in recent years. And not only Syria is an example here. “Surprise” with the “seizure” of the Ukrainian Crimea last year, the report says, and the congressmen also do not like the rapid expansion of the Chinese “island” activity in the South China Sea.

It is known that the US intelligence agencies tried to strengthen measures to collect intelligence data about Russia after the start of the Ukrainian crisis. It is also known that intelligence officers lack “resources”, since the main focus of their work was placed on combating terrorism in the Middle East and in Afghanistan and Pakistan. At least, this is claimed by “current and former US officials”.

One senior official of the American administration, who asked journalists not to be named, insisted, however, that "there were no surprises" and that politicians were aware of the upcoming "Russian offensive".

The special services are carefully monitoring the build-up of military equipment and personnel in Syria by Russian President Vladimir Putin in recent weeks. On the other hand, the scouts, as well as the US administration, "were caught off guard." None of them expected how “quickly and aggressively” VV Putin will engage the air force. Scouts also underestimated the list of “Russian targets,” among which were US-backed rebels. This was reported to “Reuters” by “officials” on condition of anonymity.

Some of what was happening was noticed, these sources said, but the scope of the Russian plans was not properly evaluated.

Moscow’s sudden build-up of its military power in Syria showed a decline in US influence in the region and demonstrated the weakness of Obama’s strategy in the Middle East.

The lack of reliable information and analysis may further complicate Barack Obama’s efforts to “return the initiative” in Syria. And the truth is: how can Washington beat its opponent in the Cold War?

However, it is not clear how the Obama administration could react, having more accurate intelligence data. Unless knowing in advance about the “plans to attack Putin,” American officials could “warn the moderate Syrian opposition” so that they would leave the probable line of the “Russian fire”.

Mr. Obama, according to the material, does not want America to get bogged down in yet another conflict in the Middle East. The president did not show "any desire to directly confront Russia" in Syria. And Obama’s behavior, Moscow, of course, can interpret “as a green light” for operations.

The build-up of Russia's military power in the region now includes a growing naval presence, the use of long-range missiles and the presence of troops supported by modern tanks. This was stated by the US ambassador to NATO.

The US administration believes that at present Putin’s main motive is to do everything possible to support Syrian President Bashar al-Assad. But Washington does not yet understand to what extent Putin is ready to go in terms of the deployment of units and the use of modern military equipment. This was said to the agency by unnamed "officials".

Against the background of lack of clarity, coupled with the limited ability of the American special services, Putin and the close-knit circle of his advisers, engaged in planning strategies, stand out sharply. Reuters also notes that at the last meeting with Putin at the United Nations, Obama did not receive "any advance notice" of Russia's plans of action. Russian air strikes began within two days, including those directed against the “moderate” rebels who had been fighting the Assad against the CIA.

“They did not expect Putin to act at such a speed,” said Michael McFaul, a former US ambassador to Russia. “He (probably Putin. - O. Ch.) Loves the element of surprise.”

As a result, Russia sharply expanded the infrastructure at its key air base in Latakia, and also launched heavy equipment, including combat aircraft, in Syria.

Some agency sources said that US intelligence did not provide an accurate picture of events. They did not report how far the Russians intended to go in and how quickly they were ready to launch their operation.

And even at a well-known briefing at the White House, held shortly after the start of the first bombing, Obama spokesman Josh Ernest refused to voice the “final conclusions” on Russia's strategy.

Moreover, in the intentions of Russia, US officials are confused.

One "source" suggested that the American experts initially decided: the Russians are going to build up their forces in the region for "exercises" or "temporary demonstrations of power", and not for large-scale attacks on opponents of Assad.

Another "official" said that after the initial consideration of the problem in Congress, some people thought that "information about this did not pass through the channels as quickly as it was necessary" and was not on the tables of politicians.

The third “source” reported that being late with intelligence information (apparently about the Russians in Syria. - O. Ch.) Was a whole week.

Now relevant congressional committees will examine reports made earlier by the intelligence agencies and interrogate the officers who participated in the data collection. No public hearing is currently planned, unnamed officials told Reuters.

Well, let us add, Republican congressmen will have another reason to reproach not only the US intelligence community, which already does not have a better reputation, but also to criticize the Obama administration, who is guilty of the "failure" of Middle Eastern politics. Such sharp criticism against the background of the election campaign is very beneficial to the Republicans. This will help push anyone into the White House, but not a democrat. Moreover, the democrat Hillary Clinton, who wants to become a presidency, can never wash away from the previous scandal concerning the storage of secret files on her personal computer.

Well, in the meantime, the Americans in their chambers deal with slow intelligence, the Russians continue to operate in Syria.

Observed and commented on Oleg Chuvakin
- especially for topwar.ru
Ctrl Enter
Noticed a mistake Highlight text and press. Ctrl + Enter
We are
Results of the week. "And your American music is shit"Situational analysis of the death of the MH17 flight (Malaysian Boeing 777), made on the basis of engineering analysis from 15.08.2014
62 comments
Information
Dear reader, to leave comments on the publication, you must to register.