Boys, thanks to whom they erected a monument to aviators

In the classroom - silence. We waited for the teacher to become confused, and a little gloated: the old woman found a prure! Indeed, from such a situation, finding a way is really difficult. But Merkuryev suddenly somehow very humanly said:
- Excuse me please. I did not know. After the lessons I'll show you how to adjust this rule for the right hand.
And the waiting silence of the class became shameful. From that day, the ice wall began to slowly melt.

Vladimir Alexandrovich taught us physics. And at the breaks he talked about Lipetsk pilots who had gone through the Great Patriotic War. We wondered: how are physics and war connected? But listened carefully, because it was very interesting.
And they were connected like this.

In 1967, our teacher created the youth club "Air seekers". Then Vladimir Alexandrovich worked in another school. And, seeing how the students dream of becoming the Chkalovs and the Vodopianovs, suggested that they unite and begin a large exploratory work. Search for veteran pilots, ask about how they fought with the fascists, and compile your aviation archive of Lipetsk. The boys responded fervently, literally the next day, they ran to the military registration and enlistment offices, and all they learned was reported at the club meeting. And Tolya Panfilov said that seven pilots live in Lipetsk, who served in the tenth Guards Aviation Long-Range Regiment during the war. It was a heroic regiment: in 1942, its pilots flew deep into the rear of the fascists - they bombed Berlin, Budapest, and Konigsberg. They fought near Moscow and Stalingrad. They flew long-range bombers, mostly at night. Once, under the city of Lutsk, we encountered 17 Nazi fighters. Eight of them immediately went to the ground - that’s how our pilots beat accurately!
The boys lit up:
- Vladimir Alexandrovich, let's get acquainted with them!
But the teacher did not have to persuade. He himself dreamed about it.

From the regiment commander, Konstantin Petrovich Grigoriev, the children learned that the pilots respected and loved the Hero of the Soviet Union Dmitry Ivanovich Barashev, who also served in this regiment. He was a brave and cheerful person.

Barashev was born in a Tambov region into a peasant family. In 1941 he graduated from Taganrog aviation school and became a pilot. Luck always seemed to go next to this man. He masterfully owned the car and accurately navigated in any weather conditions. So, in June 1942, Dmitry Ivanovich met a powerful thunderstorm front during a sortie. He climbed to a height of more than six thousand meters, but the danger zone did not slip. And then, in this black darkness, he absolutely miraculously found a corridor in the clouds and continued on his route along it.

In September, 1942, Dmitry Ivanovich bombed Budapest. His plane was shot down. Barashev with a parachute landed near the city and, hiding in a car with coal, rode for several days without water and food and reached the German-occupied Belarus. Ran into the woods, sought out the partisans, moved across the front line and returned to his unit. And the next day, again flew on mission. 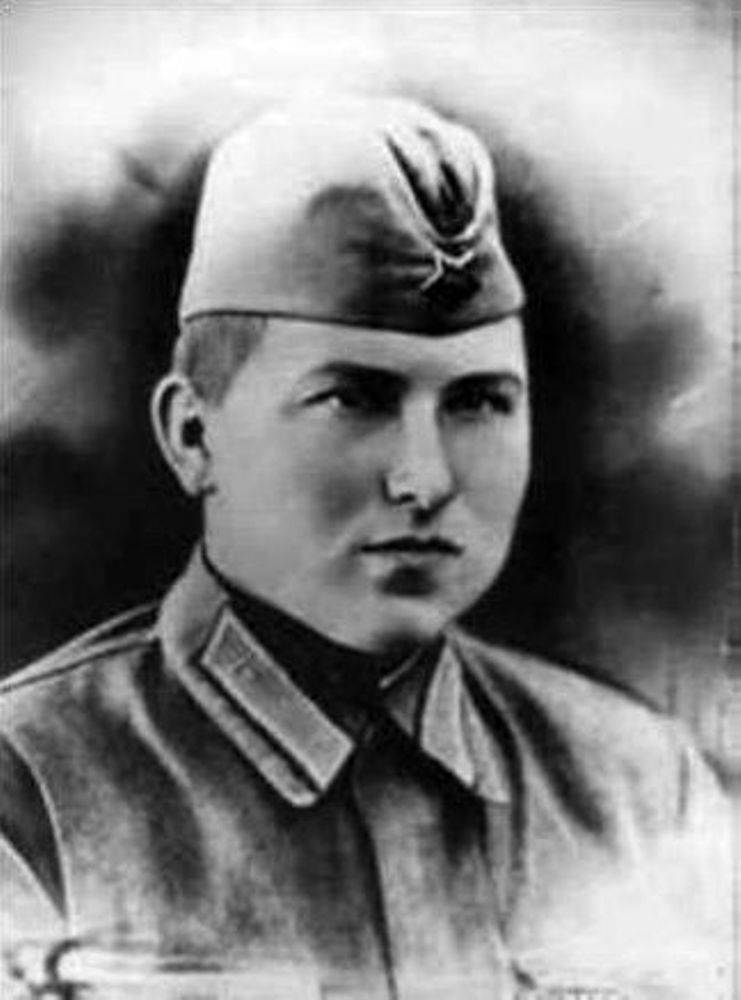 In March, 1943, Barashev was awarded the title Hero of the Soviet Union. On the day of receipt of the award he made four combat missions. Dashing was a guy, not afraid of anything! Once, during reconnaissance, I ran into two German bombers and "flunked" both.

The pilot died in August 1943. Returning to the regiment, the plane Barasheva not far from the village of Klevnoe collided with another Soviet plane ... Dmitry Ivanovich was buried in Lipetsk, on Revolution Square.

- Is the monument standing there? - asked the boys to hear this story.
There was no monument, only a pyramid and a fence. The next day, Vladimir Alexandrovich and the guys came to the political department of the aviation center.
- Let's cast a metal plane and install it on Barashev's grave! We will earn money for it.
The head of the department at first did not understand what was going on. Then the boys began to tell him history 10 th regiment. The head of the political department, of course, knew her, but listened very carefully.
- The plane, of course, set. But it will be great, so you can not cope. Thanks for the idea. Wait.
The boys were upset, but Vladimir Aleksandrovich was not taken aback:
- It will be a monument to all Lipetsk pilots. And we will earn money and install three obelisks to Barashev. One will remain in Lipetsk, the second will be taken to Poltava, where the regiment was stationed after the war, and the third - to the hero's homeland, near Morshansk.

All spring holidays 1968, the guys worked as janitors. We ordered a bust, went to Poltava and transferred it to the museum of the regiment. And there, on a ceremonial construction, they gave a word: instead of a pyramid on a pilot's grave, install a headstone.

September 2 boys gathered again to collect. To install the obelisk, they collected over forty tons of scrap metal over the summer! And now they were preparing a grand opening. From Morshansk came the father of Dmitry Ivanovich Barashev and his two sisters. From Poltava - pilots.

And in December of the same, 1968, year, the city flew the news of the death of two Lipetsk pilots: Leonty Krivenkova and Sergey Sherstobitov. In flight, the aircraft engine failed. Pilots could jump with parachutes and escape. But then the car would fall on residential buildings. The heroes held control to the end and took the misfortune away from the city at the cost of their lives.

Of course, you remember the famous song “The Great Sky”, the words of which were written by Robert Rozhdestvensky. She - and about Lipetsk pilots too.

In August 1969, on the square of the aviators, the opening of the monument took place - the very plane that the boys and Vladimir Alexandrovich dreamed of. It was erected in honor of the pilots who fought in World War II, and two heroes of peacetime: Krivenkov and Sherstobitov. And at the opening they announced that the idea of ​​creating a monument belongs to the students of Merkuriev. 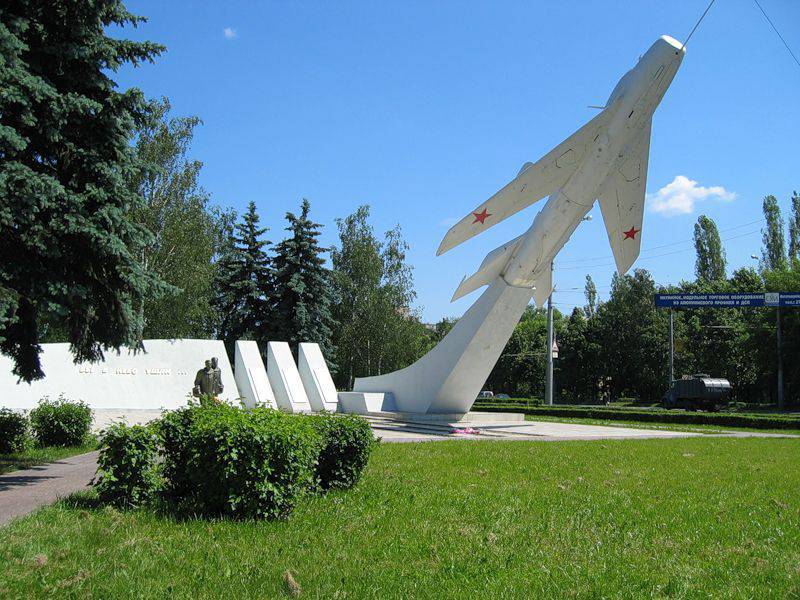 It remains to add a little. Most klubovtsev became military. And the same Tolya Panfilov, who first learned about the 10-th regiment, is now Anatoly Tikhonovich, Hero of Russia, rear admiral, submariner.

Vladimir Alexandrovich worked more than fifty years at school. He taught physics and astronomy, and also respect for his past and the people who fought for our future.

We are in Yandex Zen
Self-propelled
About young years ...
18 comments
Information
Dear reader, to leave comments on the publication, you must to register.