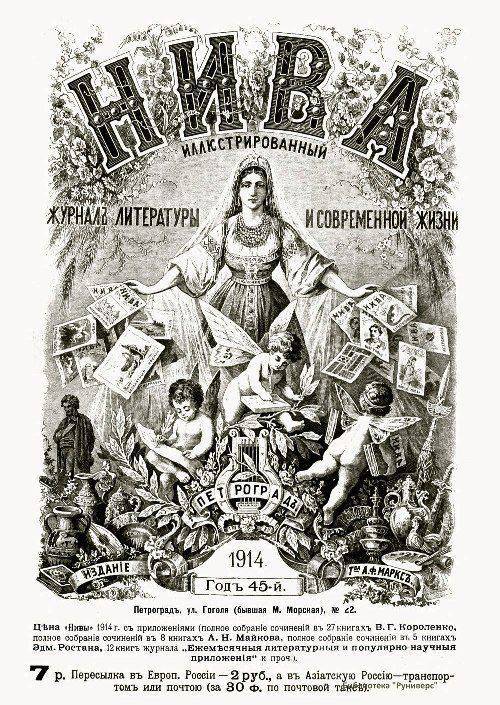 In the section devoted to the 100 anniversary of the First World War, we have already written about the wit of Russian soldiers and officers. But the collection of "little things of war", published in one of the autumn issues of the popular pre-revolutionary magazine Niva, which tells about the ingenuity and resourcefulness of our soldiers during the Great War, is so curious that it deserves to bring it here in its entirety.

In Russia, the nugget inventors are not enough, you just need to help them, give them hope that their work will not be wasted, that their inventions will be immediately applied to the war.

According to his observations made during the year of the war, the correspondent of the “Kiev Thought” D.Sergeev rightly indicates that sometimes even small things, but new, unexpected and witty, in the war gave excellent results.

“I remember that in the winter we used a witty, pure Russian soldier’s invention in the Carpathians. Obviously, the inventor remembered his native village, riding from the mountains on a sled. From the hills we lowered the Germans to visit the sled trenches filled with explosives. This is not God knows what fabrication positively stunned the Germans with its surprise.

What about ice floes stuffed with pyroxylin on Sanaa and other rivers? Austrians had a lot of effort to build bridges. Ice drift. Floating thin ice - "fat". Floating rare ice floes, pushing about the foundations of the bridge.

Among the simple ice floes float and explode, bumping into the foundations, ice floes, in which our sappers “frozen” tins with pyroxylin. And the foundations of enemy bridges are flying apart.

At the beginning of the war, armored cars with machine guns and small-caliber rapid-fire guns made a very strong impression.

There is a column but a highway. Suddenly an armored monster rushes towards. Cut into the human thicket, sow death to the right and left.

At first it seemed that there was no “antidote” against this. But he was soon found, and it turned out to be ridiculously simple.

In the head advanced watch they began to carry or carry on a wagon ... a log. A little armored car will appear in the distance - put a log across the road and scatter along ditches. The car is not a horse, it does not jump over a thick log. And as soon as the car stops, a steel door will open in it and someone from the reserved motorists will lean out to pull the log away — a swarm of lead bumblebees will fly into it.

Germans in order to damage the horses of our cavalry often scatter broken glass on the roads. But even during the siege of Trinity Monastery by the Poles, the monks invented: “Trinity garlic”. The monastery forges crafted special iron sharp thorns that were scattered on the cavalry ways. 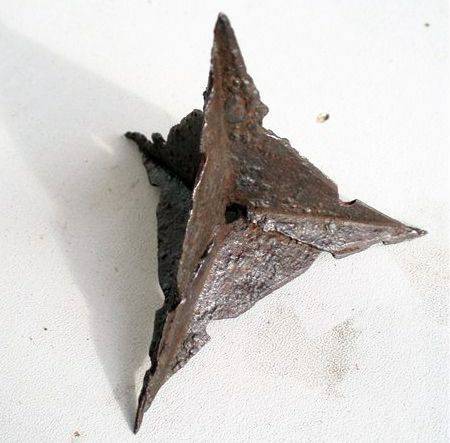 Has barbed wire been used in the war for a long time - is it an ingeniously simple invention of military equipment? .. And in a real war the barbed wire web entangled all of Belgium, France, Poland, Galicia ...

Here, invent something new, similar, or a new "antidote" for the destruction, the paralysis of this web, and the army will thank you heartily.

The Germans have recently begun to use special armored scissors for cutting wire obstacles.

Every witty newly invented trifle in the war is extremely useful.

Try in wet, wet weather in the field to find dry wood, on which you could reheat a tin with canned stew or teapots with water.

Some of the participants in the Manchurian campaign brought paper firewood borrowed from the Japanese to the theater of the new war. Sheets of paper soaked in wax, paraffin and grease are rolled into sticks and cut into pieces with a knife. Several of these paper balls, taken out of pocket at any time, are enough to warm a portion of canned food or boil water for tea.

A simple invention, and how much she warmed the exhausted and chilled soldiers, encouraged their body and spirit. 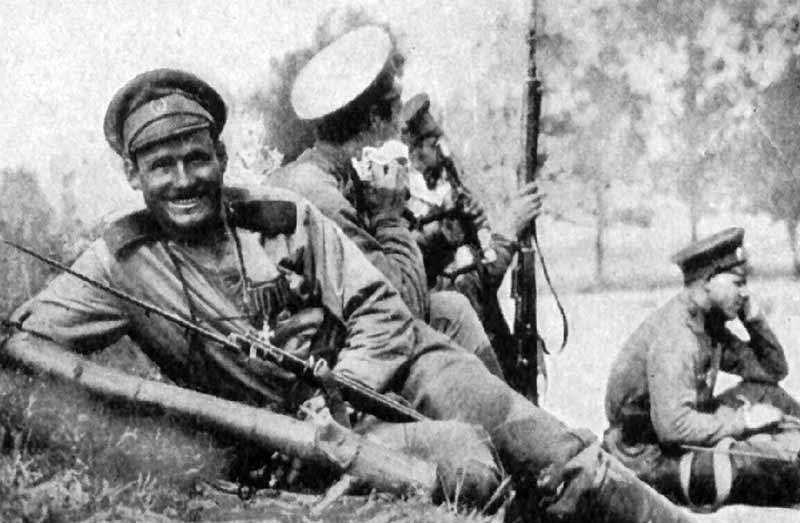 It was winter ... Polish, changeable and changeable. Today is freezing cold, and tomorrow or today, at night, it is muddy and muddy. But the wind piercing and despicable.

We are in the Russian tradition, wrapped in coats, in which you can only ride, but do not walk, and in boots. Warmer, drive the fields, and walk with wet feet.

After this sending, we all tried to write out the same stockings, and the boots were abandoned.

Rumors reached the army that Moscow furriers intended to prepare for the coming winter campaign a lot of these comfortable fur stockings.

Tried to apply Caucasian burkovye boots - did not go to the Polish mud.

It is not a shame to learn from witty technical military news from enemies.

The sample of our tail strip is known to all. And the Austrians on the blade one side edge is serrated in the form of a saw. She can not only dig, but also saw off the roots that fall in the ground, cut firewood.

And look, with what joy the soldiers picked up these comfortable shoulder blades and armed them with them for the further march.

During the war, our units also gladly borrowed Galician belts and bands, light and comfortable.

From trifles there is a harmonous system.

Do not be ashamed of trifles.

We are in Yandex Zen
Anglo-Transvaal war in the illustrations of the magazine "Niva"
Father told
18 comments
Information
Dear reader, to leave comments on the publication, you must to register.