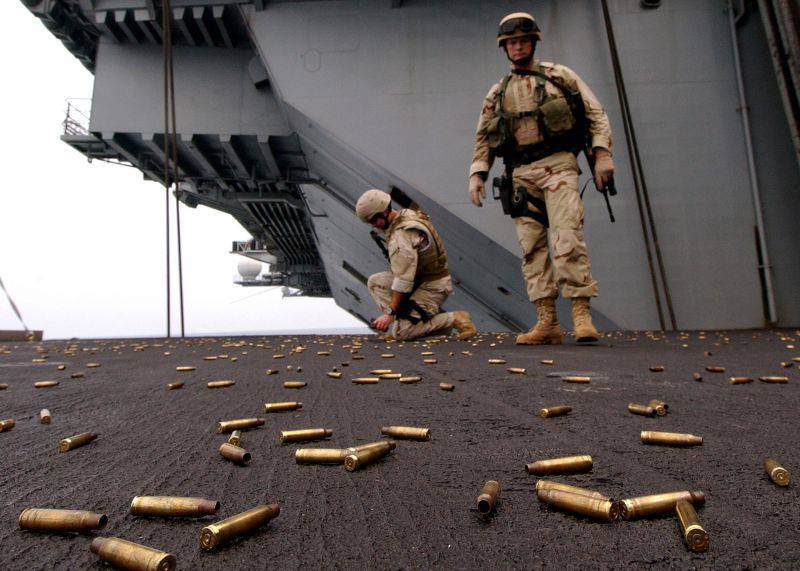 As proof of the high penetration ability of modern ammunition, cadres with the destruction of reinforced concrete shelters are often cited.

But how big is the real armor piercing of modern weapons? Where is the limit, and is it at all? Due to what modern designers have achieved such impressive results, surpassing the dreadnought-era armor-piercing shells, possessing only low-speed thin-walled ammunition, with coeff. content close to 30%?

Despite the broken concrete and destroyed caponiers of Iraqi airfields, the author of this article is convinced that all existing missile models (as well as any possible “armor-piercing” variants based on them) are not able to penetrate the array of armored steel in any effective way.

Reasons to think so? Here they are.

High-precision air-to-surface missiles of the X-29 type are the most common ammunition for this purpose, in service with the domestic Air Force. The missile is equipped with a high explosive penetration warhead 9B63MN with a mass of 317 kg containing 116 kg of explosive.

Combination of speed more than twice the speed of sound and very heavy and a solid warhead Provides high penetration capability to the warhead. This allows effectively destroy highly protected objects, such as concrete structures or surface ships. Before the detonation of the combat load, the rocket is able to penetrate the order of 1 m of concrete, covered with 3 meters of soil.

In the characteristics of the missile there is no information about what will happen with the warhead when it encounters an obstacle of Krupp-grade armor steel.

But we know what happened with their weight and size counterparts in the form of artillery shells.

What if you equip the X-29 with a combat unit in the form of a German 283 mm caliber armor-piercing projectile? (The choice is due to the availability of all the necessary data for further calculation.)

So, in the drawing to the left is an armor-piercing projectile with a bottom fuse for an 28 gun, see SKC / 28 (the main caliber of “pocket battleships” of the Deutschland type). Weight 300 kg. The filling ratio 2,6% (as much explosive, by weight, is contained in the body of the projectile).

According to the universal Krupp formula for the calculation of armor penetration:

where ρ is the mass to cube ratio of the caliber, V is the speed, D is the caliber. Coefficient C is taken from the German manual G.KDOS.100 "Theoretical foundations and guidelines for the selection of the optimum range and types of projectiles." For Krupp armor “new type” and shells “Deutschland” it is 804.

If you multiply everything correctly, you get 0,45.

This is a very bad prediction for those who have just reported that X-29 is able to effectively destroy highly secure objects. If she had a warhead in the form of a heavy-duty German projectile, she would have hardly penetrated Krupp armor, the 0,45 thickness of its caliber (~ 130 mm).

The filling ratio of the standard 9B63MH warhead is ten times greater than that of the Deutschland’s projectile. Even with all the power of modern technology and the use of tungsten superalloys, there is no reason to hope that fur. The strength of the warhead of a modern rocket will remain at the level of a solid-bodied “blank” with a filling of 2%.

As for the rest of the rocket elements (homing head, microcircuits, aluminum shell - by weight up to 300 kg), all this has nothing to do with armor penetration (you can just beat a laptop on the rail with the same success). All this will be crushed and turned into dust. And there are great reasons to believe that the “heavy-duty” warhead of any modern missile will turn into dust, and its fuse will surely fail if an unexpected meeting with Krupp's armor steel occurs. 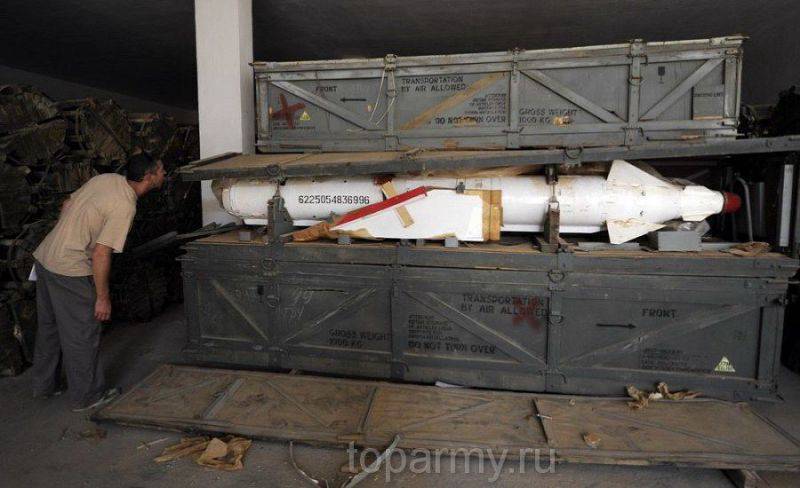 Solid ammunition of considerable dimensions
Strange. After all, just that X-29 easily broke through a meter of concrete covered with three meters of soil. Is there really such a big difference between concrete and steel armor?

The answer is yes. Most of us can not imagine what terrible power lies in an array of high-strength alloy steel.

To explain the paradox, you need to look for simple, visual comparisons. Here, for example, antique oak table. Durable and durable wood with a light brown tint and beautiful texture on the cut. For processing requires a lot of effort. Brinell oak wood hardness reaches 4 kgf / mm2.

For comparison: the hardness of structural steel STS (shipboard armor of class “B”) is 240 kgf / mm2.

And some appreciate the armor-piercing missiles to overcome concrete and soft soil! Yes, such a soil can be excavated with his own hand, using a shovel shovel. 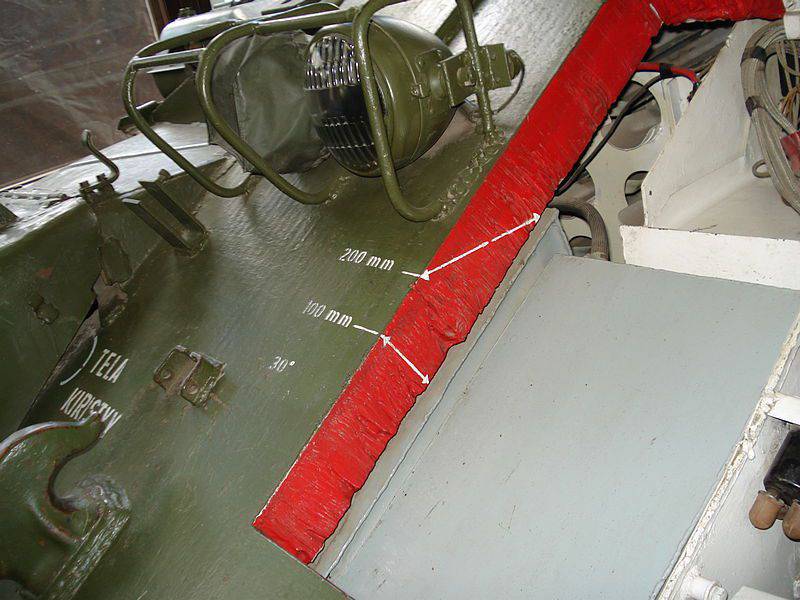 For this reason, nail guns so easily “drive” nails into walls. But do not even try to hammer a nail into a steel door. Do not forget about the rule of thumb: the resistance of a steel plate is directly proportional to the square of its thickness. Which further complicates the situation.

Therefore, such a heated discussion causes a dispute “Kalash punches a rail”.

Of course, not all the rail along - from Moscow to Vladivostok. And only a thin rail neck thickness 18 mm. Approximately as a splinterproof bulkhead on WWII ships.

The answer has been known for a long time: when using 7,62 bullets with a heat-strengthened core and observing a number of conditions (rigidly fixed “target”, necessary distance, hitting strictly at right angles), the rail neck may break through. With less careful preparation of the experiment, a rebound in the stomach is obtained. At the same time, there is not even a pothole on the rail body itself!

Steel barrier thickness of the entire 18 ... 20 mm could reliably protect the equipment and the crew of the ship from most fragments.

Well, this is by the way. There is still a lot of interesting.

It is logical to assume that where class “B” armor existed, there was class “A” armor with even higher hardness and strength characteristics. And this is just STS (Special Treatment Steel), the level of 1930-ies.

Currently, engineers can offer a whole range of measures to improve the security of objects: new steel grades, composites, and technologies with unique properties.

For example, the latest development of the British military laboratory DSTL - perforated armor Super-Bainite. According to the author of the technology: “It is necessary to consider perforation, not as a set of holes, but as an array of solid edges. When a bullet collides with such a face, it deflects in flight, turning from a sharply directed percussion means into broken fragments. Perforation improves efficiency and reduces weight. ”. 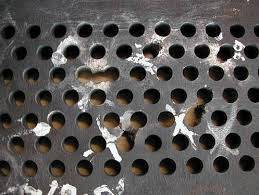 With the rational use of such means, it is possible to ensure an unprecedented level of protection of military equipment - first of all, warships.

Finally, how to deal with the undermining of the warhead on the armor. Will the detonation of 116 kg cause a powerful blaster (using the X-29 warhead as an example) to cause catastrophic destruction in the structure?

The answer to this question was known to Italian combat swimmers from X flotilla assault funds. Preparing to fight the British TKR and battleships, they created a special sabotage tool - a breakable boat stuffed with 600 kg of TNT.

In advance directed at the target and abandoned by the crew, he independently broke up at the side of the enemy ship and plunged into the water. The explosive charge was undermined by a hydrostatic fuse at a depth of 8 meters.

Obviously, the Italians knew something. That the surface explosion of the armored belt is ineffective and will not cause the ship any noticeable harm. Most of the blast wave will just scatter in the air.

The dispute on armor and armor-piercing ammunition has long gone beyond talking about the protection of warships.

Armor loses projectile? Not obvious. What once again proves an increase in the mass of land armored vehicles and the continuous improvement of their passive protection. At present, the only more or less reliable way to overcome protection is the “rays” of cumulative ammunition.

All this works against compact targets, whose booking does not exceed several cubic meters. meters But will it not be that all existing means will be powerless when meeting with a large highly protected object?

In a dispute, the truth is known. The most interesting physical paradox, opening new pages of the military stories and creating new technologies. In the discussion of previous articles, you, dear readers, suggested several brilliant ideas, each of which is worthy of a separate article (and, possibly, an entire dissertation).

And, of course, it is necessary to think about improving the security of floating “treasuries” (only 18 countries in the world are richer than the Orly Burk destroyer squadron).