US media: "Putin's maskirovka is to blame for everything"

October 8 2015
76
American newspaper The Wall Street Journal published a material in which she told her readers about why Russia bypasses the United States of America in solving the Syrian problem, and in general, louder and louder declares itself in the world. According to the statements of American journalists, everything is extremely clear - it turns out that Russian President Vladimir Putin uses a method that Russians (that's what the WSJ thinks) call “maskirovka”. 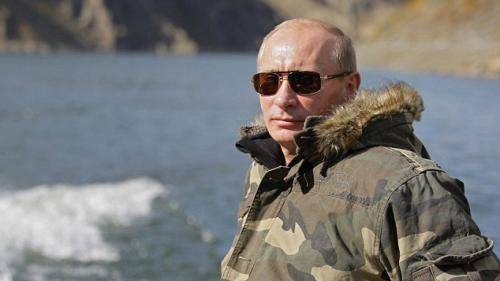 American journalists cite "facts" of maskirovk: i "Putin" led his army into Ukraine, then to conclude an agreement on his own terms ", then, when the international attention was focused on the Donbas, he began to supply weapon in Syria, and then moved to a military operation.

The publication reports that these actions of Russia are forcing the West to guess what its next step will be, which is “unnerving Washington.”

В WSJ They write that everything is explained by the “camouflage” (“camouflage”) in the case of the Crimea. According to the statements of the American edition, Putin “hid the presence of Russian military in the Crimea, and only then admitted that they were Russian“ green men ”.

As you can see, reflecting on the Russian “maskirovk”, the WSJ journalists, to put it mildly, are poorly oriented in obvious facts.

Ctrl Enter
Noticed a mistake Highlight text and press. Ctrl + Enter
We are
The dangerous future of US strategic forces ("PetroleumWorld", Venezuela)
76 comments
Information
Dear reader, to leave comments on the publication, you must to register.