October 9 2015
100
“If the Russians manage to push their vision of the situation in Syria, America’s prestige in the world will fall,” Foreign Policy magazine reported recently. Note, this is not about the war in Syria with ISIS, that is, the war on terrorism in the Middle East, but about the US foreign policy that could be affected. 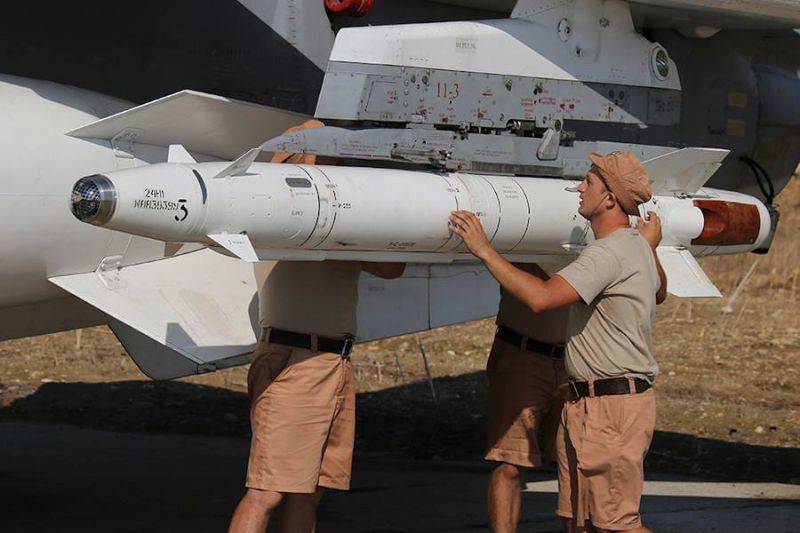 He can be exposed as an imitation of the US struggle with LIH, actually covering the support of LIH against Bashar al-Assad with the aim of repeating the Libyan scenario in Syria, plunging the country into the bloody chaos of terrorist lawlessness. In order to bring the zone of chaos to the borders of Russia. Once, in the same way, the West pushed, paved the way for Hitler to war with Soviet Russia, Stalin. Today, the role of the new Nazis is ISIS ...

When did this policy of America, aimed so hard against Russia, begin? Long before the Bandera coup in Kiev, and even the Olympics in Sochi. Already in the summer of 2013, the “world media” began to “wet down” Russia and Putin as they could. Sergey Karaganov, a well-known Kremlin analyst, wrote about this that as early as the beginning of 2013, Moscow had information according to which Washington decided to "demolish the Putin regime" in order to politically subjugate Russia.

When the coup at the beginning of 2014 in Kiev entered a crucial stage, President Putin, while in Sochi, commented on the events in Kiev as “pogroms” and casually dropped: “they started earlier” than planned, namely in 2015, during the next presidential elections. elections in Ukraine. What started? Not only a coup in Ukraine, but also an operation to "demolish the Putin regime" and independent Russia ...

Therefore, Moscow began to decisively build geopolitical defense, made a “deeply calculated” decision on the Crimea: it was like death to give the Russian-speaking Crimea and Donbass to the Bandera massacre in internal political terms. Plus the interests of state security.

What else could be done by Moscow and Putin in the situation of such political aggression by Washington? Only to defend, to resist America, knowing that Russia itself is at stake. What then can be the strategy of Russia? Prevent Washington from occupying profitable offensive bridgeheads in Ukraine and Syria. But this is not an end in itself, but only a means of implementing its own strategy: to “demolish”, in response, the foreign policy of Washington and those politicians with whom it is personified: Bidenov, McCain, Nuland, Brzezinski, etc.

Russia, of course, has its own interests in Ukraine, and it is foolish to think that they may coincide with American, or some abstract values. Russia needs the Little Russian Ukraine of Bogdan Khmelnitsky, not the Bandera Galichanskaya, and this is a principled position. But the struggle for Ukraine is not with Bandera, not with Kiev, it would be easier, but with Washington, with the already ambiguous participation of Europe.

The last meeting of the “Norman Four” in Paris showed that Berlin and Paris in the Ukrainian issue are moving away from Washington, continuing to insist on the Minsk process, and transferring it to 2016 year. Freezing the war in the Donbass is in Russia's long-term interests, since the costs of maintaining a Bandera-based Ukraine fall on Washington.

Neither Washington nor Kiev thought about the implementation of “Minsk”, only about a cease-fire, because then the war had to be continued. However, the summer attempt to attack the Bandera 24 of August imposed a "veto" Berlin. And now, after Paris, Kiev has to carry out the “Minsk”, and this is fraught with the new putsch of the Bandera Nazis, this time against Poroshenko’s “internal occupation regime”. And it is likely that Joe Biden will refuse to support Petro Poroshenko, in other words, throw ...

The decisive operation of the Russian Aerospace Forces in Syria is on a par with Crimea and Donbass, and is a continuation of counter-attacks on the US foreign policy course of the “demolition of Russia by Putin.” It is no coincidence that the threat to the foreign policy of the United States says Foreign Policy.

Many American analysts admit that they "lost Ukraine" (they did not achieve the goal of destabilizing Russia), and can lose in Syria if Moscow can maintain a stable regime of Bashar al-Assad. Moscow, one might say, “caught” Washington in Syria for ISIS. Washington cannot openly hinder Moscow’s ISIS blows, and is forced to watch Russia destroy its secret agent, and this helps to withstand Syria’s legitimate authority.

However, the war in Syria is far from over. In it, not only Bashar Asad is at war with ISIS, but Moscow is opposed to Washington, and so far successfully: ahead of the creation of a no-fly zone over Syria. There are other players, on both sides, and the vicissitudes of war that no one can undo. However, the strike of Russia by sea-based cruise missiles from the Caspian Sea on targets in Syria could be a decisive argument, because this is a virtual warning to America: stop until it is too late.

Nevertheless, the “Syrian war” of Russia is a big step in the implementation of the strategy on the “demolition” of the American foreign policy, as noted by Foreign Policy. And not only in relation to Russia, but also the whole non-Western world. Foreign Minister Sergei Lavrov said on this occasion a remarkable phrase: "There is no unipolar world for a long time."

Ctrl Enter
Noticed a mistake Highlight text and press. Ctrl + Enter
We are
Geopolitical Mosaic: Jesse Ventura will become US President in 2016, and Putin will turn Europe into RusropSyria: Americans scare themselves, and Asma Asad buys chairs
100 comments
Information
Dear reader, to leave comments on the publication, you must to register.