Completed repairs and modernization of the submarine "Komsomolsk-on-Amur"

October 8 2015
21
The diesel-electric submarine (KED) of the “Komsomolsk-on-Amur” project 877 “Varashavyanka” left the shop of the Amur shipbuilding plant in Komsomolsk-on-Amur and was launched after medium repair and deep modernization. 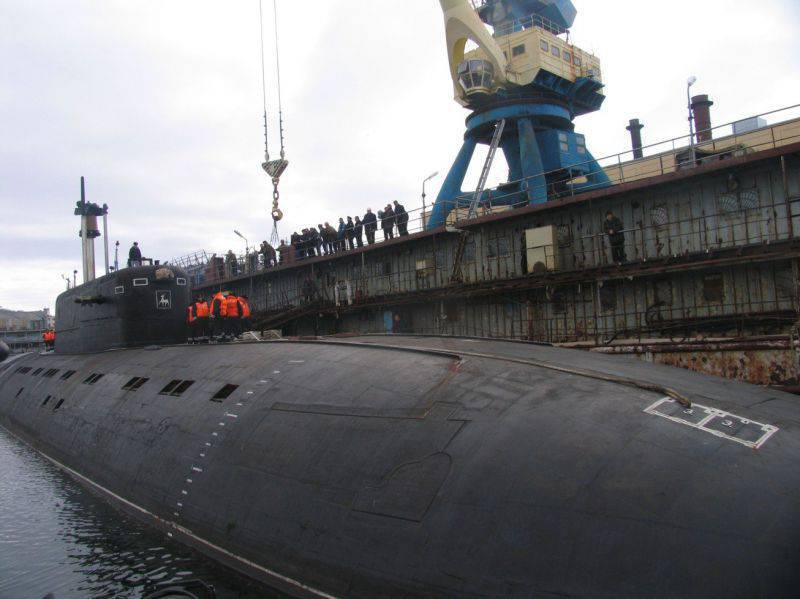 “This submarine from 2003, the year was in the repair at the plant, there was no funding, no repair. Everything changed when Defense Minister Sergei Shoigu visited the plant. Financing was opened, tight deadlines set. Virtually all the work has been done in three years, ”quotes the governor of the Khabarovsk Territory, Vyacheslav Shport, after the ceremony of withdrawing the submarine from the workshop to the floating dock newspaper "Sight".

The governor stressed that it is compliance with the terms of the contract that allows Amur shipbuilders to count on new defense orders from the state.

“This plant was built for the production of submarines, but time required to restructure and one military corvette was already built, a second, third, fourth one is being built. There will be more, ”the governor stressed.

The submarine will be delivered by a floating dock to the receiving and delivery base in Bolshoy Kamen and in December she will begin to maintain a watch on Kamchatka.

The submarine was launched on October 5 1991 of the year, put into operation 30 December of the same year. Its length is more than 70 meters, displacement - 3198 tons, as part of the crew - 52 person. The maximum speed of the submarine reaches 18.6 nodes, the duration of autonomous navigation is 45 days.

We are in Yandex Zen
Modernization of BMD
21 comment
Information
Dear reader, to leave comments on the publication, you must to register.