October 8 2015
29
The state-owned company Ukroboronprom presented a new development - a light evacuation helicopter Lev-1, intended for quick evacuation
injured and wounded, prompt transfer of specialists to the site, patrolling and search and rescue operations, transportation of up to 500 kg of cargo, reports "Russian newspaper". In addition, it can be installed light weapons. 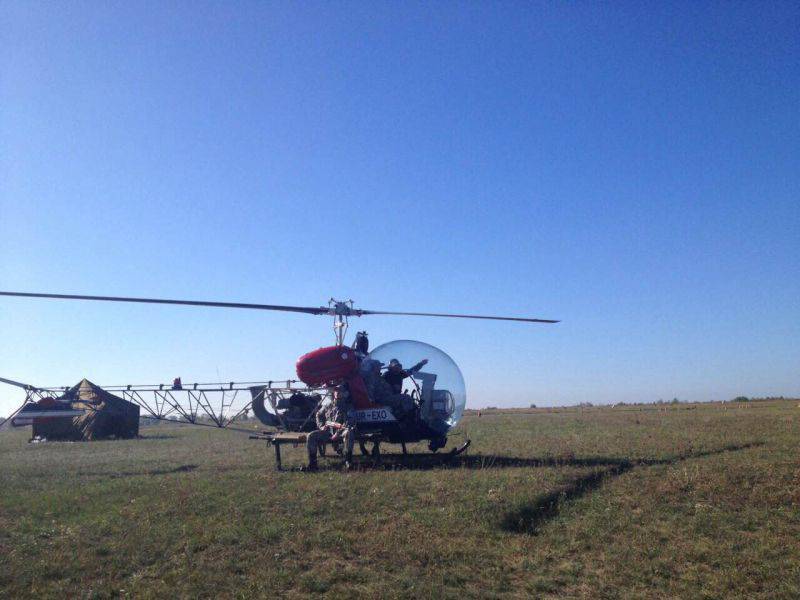 The publication notes that the latest development "Ukroboronprom", no doubt, is based on the American Bell-47 1964 helicopter of the year of production, which Ukraine delivered to Ukraine in the spring of this year. The only innovation was the turboshaft engine from the Mi-2.

The production of the Bell 1946 47, which was created in 1974, was stopped in the XNUMX year, however, the assembly kits can still be purchased.

It should be noted that at the end of September, the Ukrainian company Motor Sich demonstrated a strike helicopter assembled on the basis of the old Soviet Mi-2. On a light machine, a pair of grenade launchers, blocks NURS, as well as a light machine gun.

Ctrl Enter
Noticed a mistake Highlight text and press. Ctrl + Enter
We are
Russia demonstrated the most promising weapons at INDO Defense-2014Sikorsky Aircraft abandoned the engine production "Motor Sich"
29 comments
Information
Dear reader, to leave comments on the publication, you must to register.