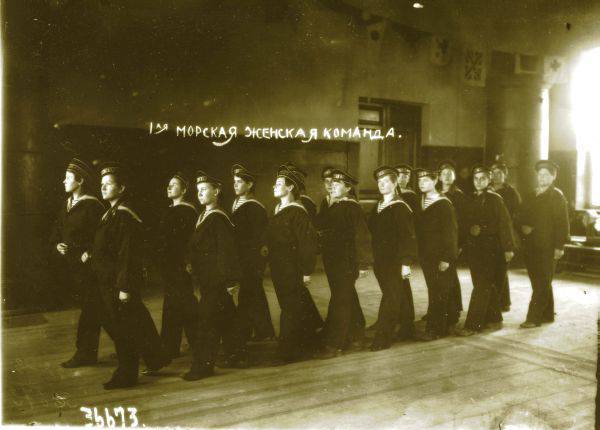 It was one of the most curious formations of the First World War. 35 vigorous, short-haired young ladies in a sailor's uniform studied the ranks, made a charter, listened to a separate commander and dreamed of dying for their Motherland. On the ribbons of their beskozirok gold inscription: "Marine women's team."

REPORT TO THE MINISTER

On July 1, 1917, the assistant to the Marine Minister, Captain 1st Rank Boris Dudorov received an interesting request. They wrote to him "true patriots," the organizers of the club "Russian Women, Rally Together." They demanded the formation of a female naval team, which would serve selflessly the fleet and to the Fatherland.

Such crazy reports from time to time came in the name of the Minister of War and Maritime. The ladies were asked to organize shock units "to combat anarchy in the villages," then create a "female regiment of the black hussars." But wipe the holy of holies - the Russian fleet?

At any other time, Kudrang Dudorov would not attach importance to strange paper. But the time was explosive, the South-Western Front tried to organize an offensive, while laziness and defeatism reigned in the rear. And only a week ago, under the Krevo, the discordant "death battalion" of Maria Bochkareva went to show the peasants how to fight. 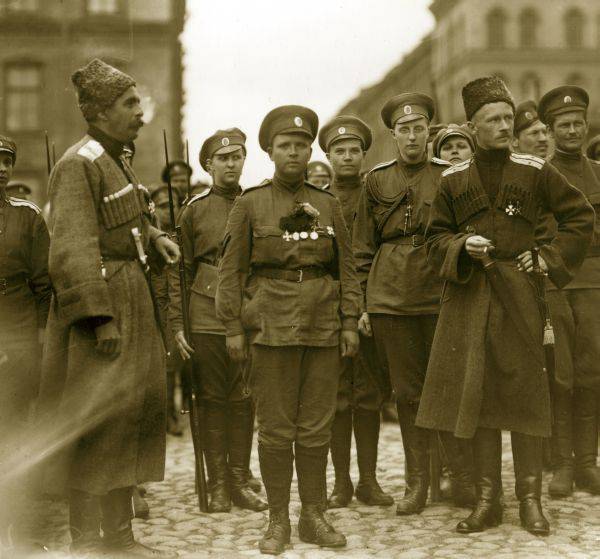 Alexander Kerensky was tearing his throat at rallies, shouting about the "female factor" and the benefits that he should bring. Glavkover Alexei Brusilov and the commander of the Petrograd Military District, Lieutenant-General Peter Polovtsov, also welcomed the formation of women's units. Dudorov had no choice but to approve the petition.

He hardly imagined what women could do in the navy. But they themselves knew it very well: to serve on a par with the sailors, to be, if necessary, "and sailors, and laundresses." 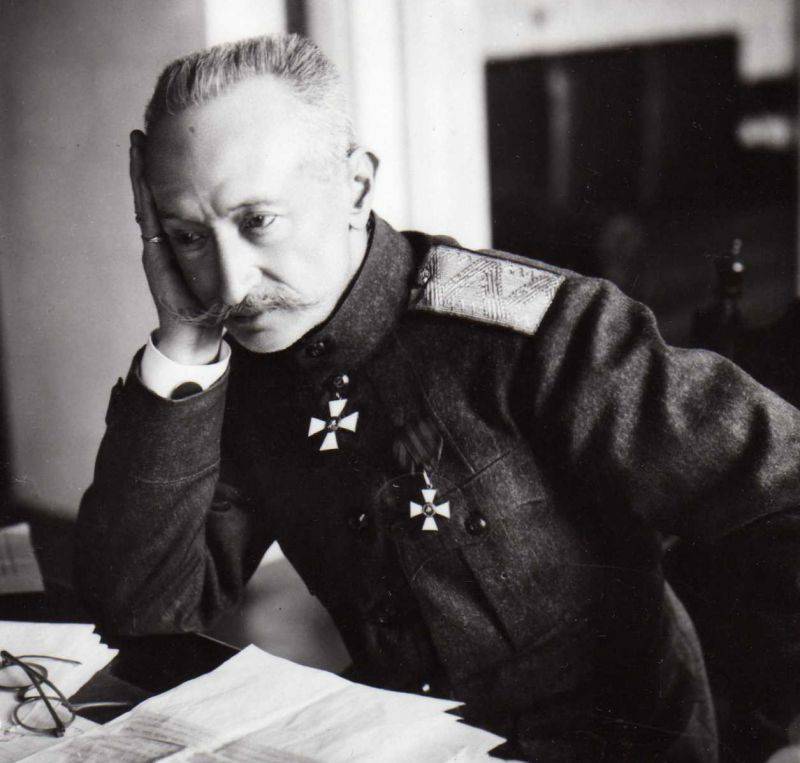 General Alexey Brusilov was one of the first to propose the formation of women's drum parts. 1917 g. Photo: RGIA

In mid-July, 1917, the Main Marine Headquarters officially announced the formation of the Marine Women's Team. Immediately piled up problems. There is an order wishing to join the team at large, but the fleet is against.

“In the present circumstances, we consider the presence of women undesirable,” the naval crews responded to Dudorov’s requests. It is not known how this would end, but an encouraging answer came from the Kola naval base: the head is ready to accept the women's team for the positions ... cooks, laundresses, typists, cleaners. 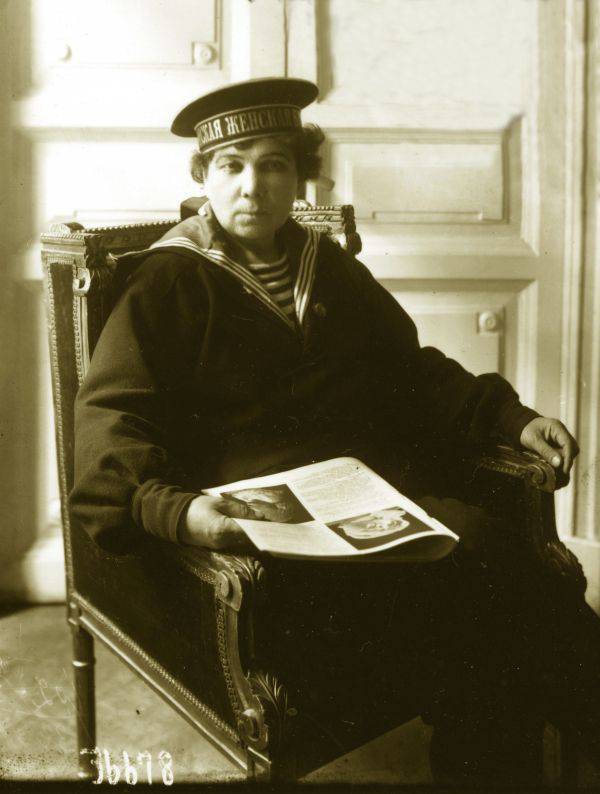 First of all, they chose an official representative to the team committee - Evdokia Merkuryevna Skvortsova, a teacher and, according to the reference book. Photo: TSGAKFFD. Photo by Jacob Steinberg, 1917

The Kola base was called the “land of flying dogs” - because of the constant winds that made life in this deadly place completely unbearable. Many "sailors" hurried to pick up their statements. Even the high salary promised by the Ministry did not deceive: 90 rubles a month, the earnings of the junior non-commissioned officer of the fleet!

As a result, there was an embarrassment: it was planned to recruit 150 people, in fact by mid-August there were only 35 applications. But there was no way back: it is necessary to prepare brave women for service. They were placed in Oranienbaum, in a specially designated room, and were enrolled in the allowance of the Naval Shooting Command. First of all, they chose an official representative to the team committee — Evdokia Merkuryevna Skvortsova, a teacher and, according to the reference book “All Petersburg”, hereditary noblewoman. 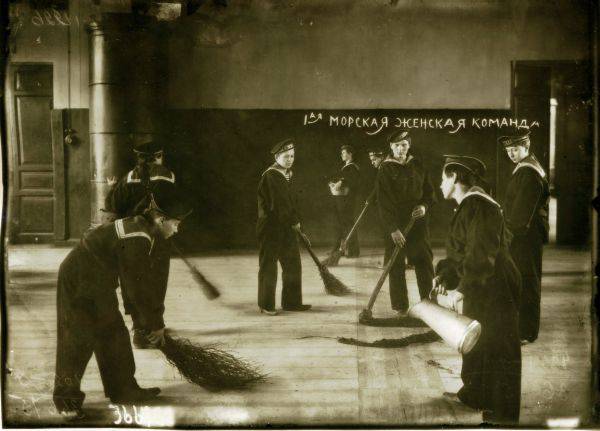 In that alarming summer, right between February and October, there was another revolution - in military gear. For the first time in European stories women put on uniform men's trousers. Until now, Russian secular ladies have been treated exclusively with breeches (riding a bicycle) and riding breeches (while riding). The breeches, however, were worn both by Maria Bochkareva’s subordinates and the personnel of the 1-th Petrograd Women's Battalion.

But trousers were considered an indecent form of clothing - commoners and aristocrats agreed in this. However, they decided in the Maritime Ministry: since the young ladies are sailors, then the sailor’s uniform — caps, vests, work blouses, jackets, overcoats and trousers — must wear a uniform. So, in the fleet, where traditions are reverently reverent, "women in pants" appeared. In early August, all who arrived at the service were given a full set of uniforms. Blouses, trousers, boots and caps sewed tailors specially made out of Kronstadt to order: there was no “female size” in any guardhouse.

The young ladies were extremely pleased with the new uniform, especially with wide sailor trousers with a “lazbanto” - a flap in the front. And with great pleasure posed for the photographer, not forgetting to move the "besku" on the back of his head and light a "bald". Sailors get what you need.

But trouble came to them, from where they did not wait. 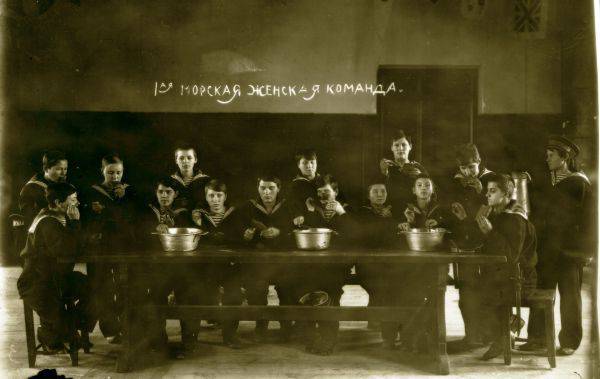 "We, the sailors of the Naval Training and Infantry Team, are protesting against the formation of female naval teams," - this was the beginning of the angry message of the sailors to their fellow soldiers. The sailors tried to concisely explain why women do not place in the fleet. "Baba in the sea - team grief!" - remembered and the old saying. And in many ways the sea wolves were right. The young ladies had just fluttered out of the walls of the gymnasiums, and not a bit of maritime art was known, they were absolutely not prepared for service. In addition, their presence could arouse unnecessary thoughts, which also prevents men from fulfilling military duty.

The sailors politely offered an alternative: "Rally not into naval women’s teams, not into shock battalions, not into death battalions, but into battalions of labor and mutual aid!"

The young ladies attentively read the message and sent a copy of it with indignant comments to the Main Naval Headquarters. Dudorov reprimanded the head of the Naval Training and Infantry Team, after which he spoke to the sailors in a language they understood. The riot in the team subsided. 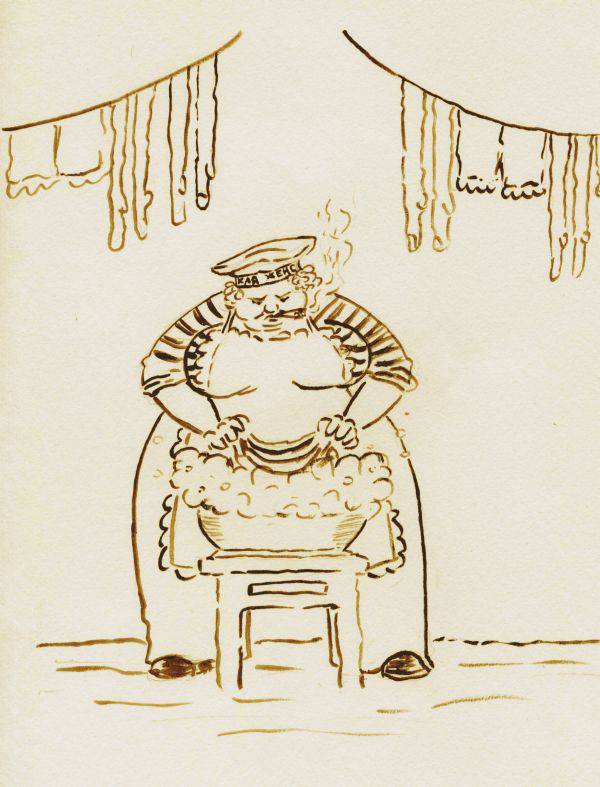 In the meantime, there was an intensive correspondence between the Main Naval Headquarters and the head of the Naval Training and Infantry Team: what should the sailors learn? And should, for example, give them rifles for gun techniques? As a result, agreed on a military minimum: walking in the ranks, turns, salutation.

The schedule of the girls' day was reminiscent of a sailor. We woke up at 7.30, bathed, dressed, cleaned the room and drank tea. After prayer, at nine o'clock classes began - gymnastics, drill, reading and writing. Dinner at 19.00, evening prayer at 21.00.

Classes lasted until mid-September. After that, the Naval team ... was disbanded because of its small size, and those who learned how to print a step were distributed over land units. And only six Amazons, dressed in army field uniforms, went to the Kola naval base - “bakers”. They continued to proudly call themselves the "Marine Women's Team" until the October Revolution ...

A strange feminine formation seemed to many to be Kerensky's whim. But today this project is perceived differently. The sea women's team is the first, albeit naive, attempt by women to fight for the right to serve in the navy. They will conquer it much later. Today, thousands of women serve the Russian Navy with dignity. Seven feet under the keel! 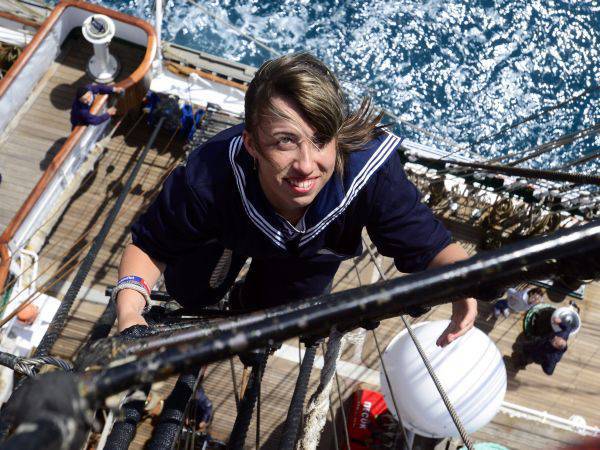 And how many women serve in the fleet now?

According to the information and public relations department of the Navy, in the period from 2009 to 2010, about nine and a half thousand representatives of the fair sex served in the fleet, while five thousand had senior officers and sailors, four thousand were ensigns and midshipmen, more than five hundred had officer ranks . According to the General Directorate of Personnel of the Ministry of Defense of the Russian Federation, at 2015 a year, about 700 cadets are studying at military high schools, in the summer military universities should replenish 210 more girls, and cadet corps need about a thousand students.

However, as in the 1917 year, Russians do not serve on ships, but work at coastal facilities in the rear and military medical services, in communications units. In the Russian Navy only one woman captain served - Vera Kurochkina. 13 years she "navigated" hydrographic boat BGK-28. But in September, 2013 received an order of dismissal "due to a change in the terms of the employment contract."

In total, according to the press service and information department of the Ministry of Defense of the Russian Federation for 2015, 35 thousands of women serve in the ranks of the Armed Forces. Among them are 2600 officers, of which 900 are the oldest. Team positions are held by 72 women. 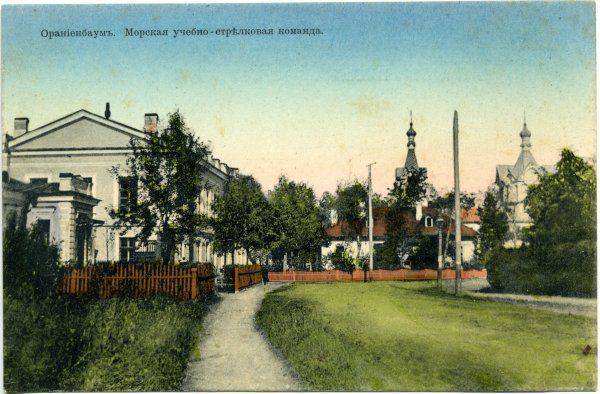 We are in Yandex Zen
Bismarck Hunt (May 1941)
From the history of own names of aircraft of Russia, 1885-1917 years
16 comments
Information
Dear reader, to leave comments on the publication, you must to register.