October 9 2015
50
People! Cheloveeki! Ahhh ... where are you? Why not discuss hunger in the Crimea? Why do not write appeals to Putin or there in the UN about the swelling of malnutrition of the Crimean children? Why then is the most Tatar Crimean Tatar Dzhemilev brewing all this mess? 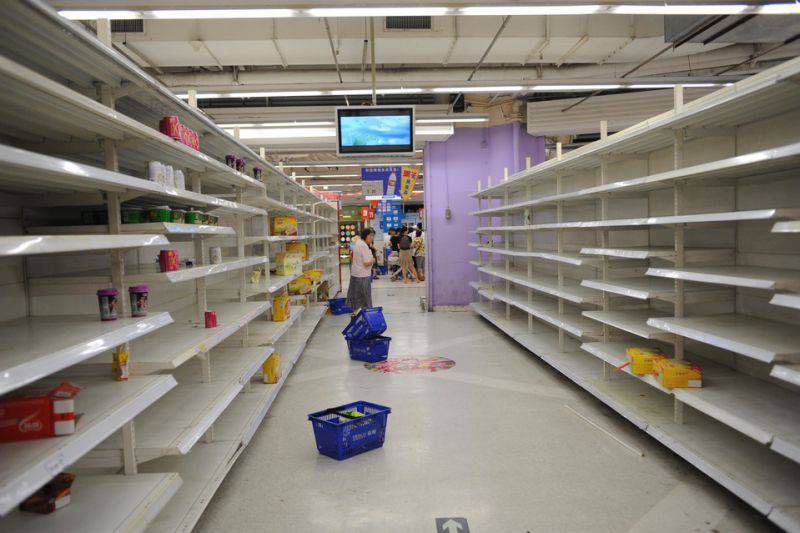 Readers, probably, thought that I was not so small. What hunger? Now there are other problems in the heads of the "world community". Russian chop okroshka all there ISILS and other vermin in Syria. General Moroz checked the defenses of Russian, Ukrainian, and indeed all the cities of the northern hemisphere. Refugees in Europe are already activated. No longer just asking, require. What is the Crimea? And what is Ukraine?

Apolitically argue, as comrade Saakhov used to say in a famous film. There is no word "Ukraine", there is no money for the suffering in this very ... country, God forgive me. And no money, then why the hell do you need someone? Here is a logical chain looms.

So, let me remind you about the "Crimean food crisis". All Ukraine knows that patriotic Ukrainians ... no, it's better this way: Ukrainian patriotic former Crimean Tatars (the former — because they no longer live in the Crimea) and tatarian patriotic Ukrainian dogs. So that the nipple principle works ... Well, you know, in tires that. In bicycles there or cars. This principle was once very clearly formulated by my neighbor, a tire worker. Blow there, and from there ... no type. So that means the air did not go out.

From there it is, according to this principle, from Ukraine. And instead of air talk about products and other goods. So that this end of the principle (and from there ...) everything fit.

And after all started well. Tents set. The deputy on the stolen armored car. Dzhemilev with Chubarov in unbuttoned coat. Only here the newspaper in the inner pocket was not enough. And the guys in camouflage with determined faces of the face. Fencing and not give.

And crowds of potatoes with potatoes and other provisions. Yes on the wagons. Outraged, tearing underwear on the breasts. Potatoes in their nearest cuvettes litter. Peremoga ...

And journalists are running around. Cameras click. The Internet is littered with publications from the Crimean sources. The Ukrainian blogosphere is full of rhetoric about the correctness or incorrectness of this action. Ukraine was divided into parts. Someone for a complete blockade, someone, on the contrary, for the removal. Interesting life. And it is not necessary to follow the growth of tariffs Or there, the lack of gas for the winter.

But a week went by and everything ... The wagons with food disappeared somewhere. There are no more journalists. The faces of the dogs' faces are increasingly looking at the bus. They did not pay the promised money, so they don’t need such patriotism. Home, in the heat. Or somewhere to earn money.

The wagons for some reason went the other way. But also to Russia. And now they appear in the Crimea from the side of the crossing. Or even throw off the goods in the near Russian city and go home for a new batch of goods. And Ukrainian businessmen are already bringing Ukrainian potatoes. More precisely, the Crimean.

But the meanest thing is that Ukrainians themselves oppose peremoga. They have, you see, philanthropy. It seems there are people there too. That's it. Yes, not the people there, there Crimeans. And according to Dzhemilev, human laws are not applicable to them.

Imagine, these humanistic people began to ship their products by sea. On the barges. Dark night Without running lights ... Prowling caravan of Ukrainian barges with smuggled fat and gorilka. Frames for some Hollywood movie. Only here will not remove the same. Not weapon patriots carry. Their products to sell. Not cynogenic. Does not disturb.

But you can't hide from Mustafa. He sees in the darkness as day. Better than any border guards with their technical bells and whistles. It turns out ashore in his famous costume from his older brother, three sizes larger than the frail body and ... he sees. He sees the barges, and sees the tunnels digging underground.

And Mustafa will not be silent. Truth can not shut up! Immediately by car and in Kiev. Mr. President ... Hey, Mr. President ... Pan, your presidential mother, the president ... Zrada is with us. Non-patriotic farmers still want to sell their goods. And for some reason, not for the hryvnia, and the aggressor rubles.

And the law is violated. Any. And Ukrainian and some other. On the naval blockade of the Crimea. Remember, sir president, you can not ships go to the Crimean ports.

And the Ukrainian president, especially after the last Paris talks, has grown wiser. Clearly parried all the arguments about the violation of laws. Well, what ships? Well this is Ukrainian barges. They are not prescribed by law. And then, you can not go to the ports. Right. Barges and do not go. They are unloaded on their sites. Right by the coast.

But the Ukrainian president would not have been the president of such a great country if he had not helped the patriot Dzhemilev! Help will be in the Square style. Not in the eyebrow, but in the eye!

Tomorrow, by a decree, they will start working out a decree on the beginning of the storm season in the Black Sea. Poroshenko promised to start this very season soon. And that's it! Barges path to the Crimea will be cut off.

That's what Peremoga means. Even nature obeys the decrees of the national "peremozhnogo" president. Who does not believe, wait. See in reality the power of Ukrainian peremoga! On 100%, I guarantee that the nature of Poroshenko will comply. Neptune will turn on its storms there for the Crimea. And then these humanistic people will jump from Kherson and other Zrad regions.

No wonder that Neptune and Ukraine have a big fork as the main symbol of power! Neptune is also from ancient ukrov. Only made a career. In the gods out. Though underwater.

Ctrl Enter
Noticed a mistake Highlight text and press. Ctrl + Enter
We are
Russia, Turkey and the "Crimean Question"Results of the week. “Apolitically argue, I swear, honest word”
50 comments
Information
Dear reader, to leave comments on the publication, you must to register.