October 7 2015
127
War correspondent of the All-Russian State Television and Radio Broadcasting Company Yevgeny Poddubny, who is on a business trip to Syria, in his microblog in Twitter writes that the Syrian government army launched a large-scale offensive against militant positions in the province of Hama. Yevgeny Poddubny:

The Syrian army launched a large-scale attack on militant positions in the province of Hama. The troops are moving north towards Idlib.
The following tweet Eugene:

Urgently. The Armed Forces of Syria use the MLRS "GRAD" during the attack on the militants. 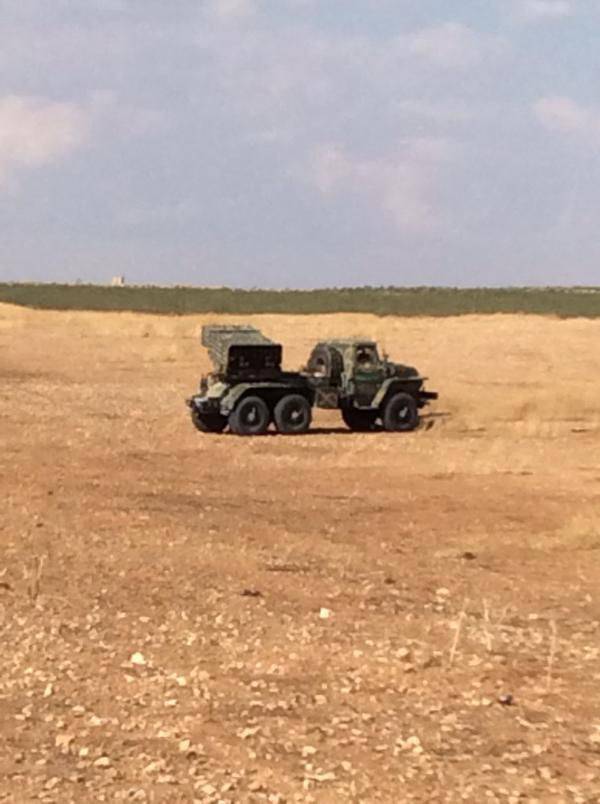 Recall that earlier the Minister of Defense of the Russian Federation Sergey Shoigu announced the launch of missile attacks on ISIS fighters from the ships of the Caspian flotilla. The attacks were carried out on 11 targets in Syria. Command posts, ammunition depots, accumulations of terrorist equipment by cruise missiles were destroyed, which is confirmed by data obtained by means of objective control.

TheMedvedova YouTube video on the current situation in Syria and the attack of the Syrian government forces:

Ctrl Enter
Noticed a mistake Highlight text and press. Ctrl + Enter
We are
Ships of the Caspian Flotilla in VolgogradReports from the militia of New Russia for 20-21 September 2014 of the year
127 comments
Information
Dear reader, to leave comments on the publication, you must to register.