October 8 2015
18
Part of the combat missions can be effectively solved with the help of remotely controlled equipment and robotic systems. Currently, in our country and abroad, a large number of various robots are being developed for the armed forces. One of the latest domestic developments in this area is the Platform-M complex. Not long ago, visitors were able to see this car at the Innovation Day of the Southern Military District exhibition held in Rostov-on-Don.


The development of the Platform-M complex started at the beginning of the current decade. The project was created by the Progress Research Institute of Technology (Izhevsk). After recent transformations, the project moved to the company "Izhmash-Unmanned Systems." This organization is currently engaged in the assembly of promising technology.

The Platforma-M product is a universal tracked vehicle that can receive special equipment and perform various transport or combat tasks. Small dimensions and weight of no more than 1-1,2 t allow you to transport the car with existing trucks and successfully solve a wide range of tasks. 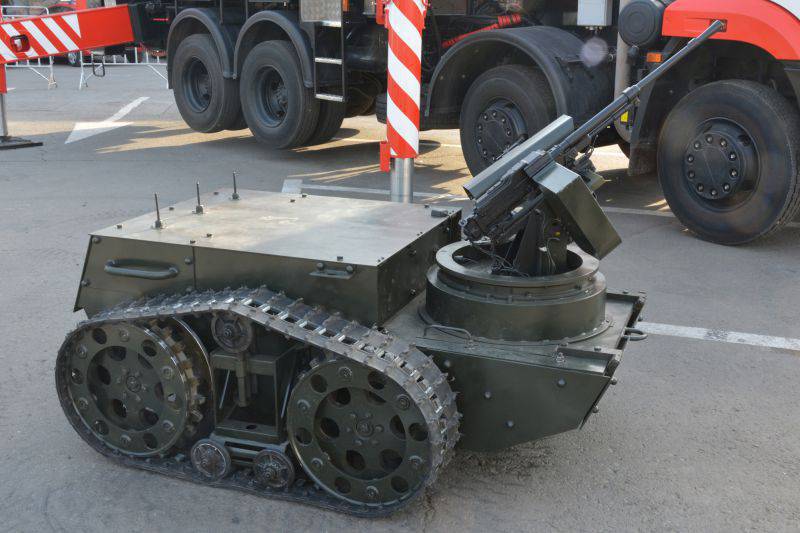 Multi-purpose robot "Platform-M" gets an armored body, providing protection against small weapons 3 class domestic standards. Tracked chassis allows the car to move on different surfaces, as well as overcome obstacles. The required mobility is provided by an electric motor with power 6 hp The engine is powered by several batteries that allow the machine to operate continuously for up to two days without the need for recharging.

A product weighing no more than 1-1,2 t can reach speeds of up to 8 km / h and overcome some obstacles. In particular, it provides a rise on the 15-degree slope. The range and radius of action primarily depend on the tasks and some other factors.

Platform-M can be equipped with various special equipment. Earlier a car with a turret was shown at the exhibitions, on which a machine gun and several jet grenades were installed. If necessary, the machine can carry other special equipment. Military equipment or other equipment mounted on the roof of the chassis, on special devices.

The sample of a promising robot, presented at the Innovation Day of South-Eastern Military District, was equipped with a remote-controlled combat module with a PKM machine gun and an optical-electronic fire monitoring and control system. Such equipment allows the machine to perform some combat missions, including the implementation of fire support units.

Control of the "Platform-M" is carried out over the air from a remote control. In the course of work, the robot and the console establish two-way communication. At the same time, the video signal and information about the operating parameters of various equipment come from the machine to the console. Back, in turn, there are commands for the power plant, weapons or target equipment.

The remote control systems of the Platform-M complex consist of several main units. The operator should work with the control panel, made on the basis of a protected laptop. An antenna complex with a set of transmitters and receivers that provides two-way communication with the robot is connected to this device. Under the condition of direct visibility, the control equipment ensures the operation of the machine at a distance of up to 1,5 km from the operator.

The Platform-M complex was first demonstrated in the spring of 2014. Then remote-controlled vehicles participated in exercises in the Kaliningrad region. In addition, this technique was shown at the May 9 parade in Kaliningrad. In the future, the complex became an exhibit of last year's Innovation Day of the Ministry of Defense.

Last year it was announced that the Platform-M robotic complex went into a series and is being delivered to the armed forces. Serial machines have a different set of components and are equipped with various weapons. For example, in last year’s photographs one could see combat modules with machine guns and rocket-propelled grenades. The exposition of the Day of Innovation of the Southern Military District, in turn, was attended by Platforma-M with a machine gun.

We present a photoreview of the promising robotic complex "Platform-M", demonstrated at the recent exhibition of the Ministry of Defense. 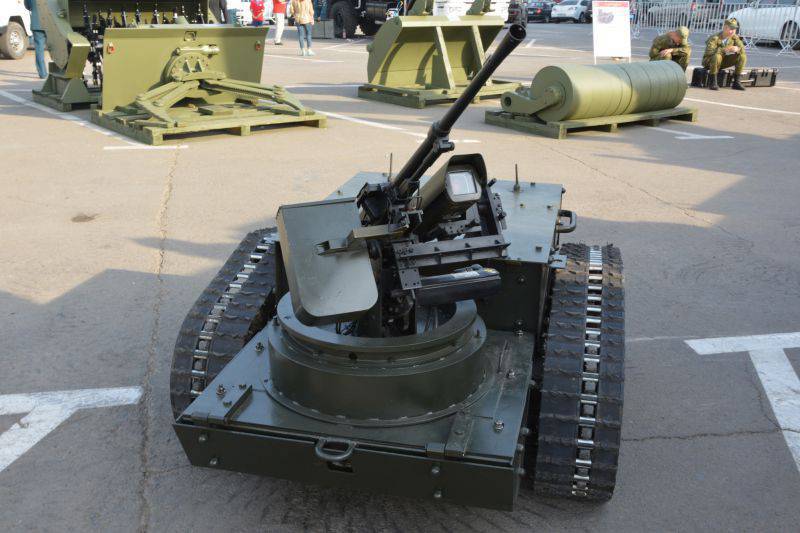 General view of the product 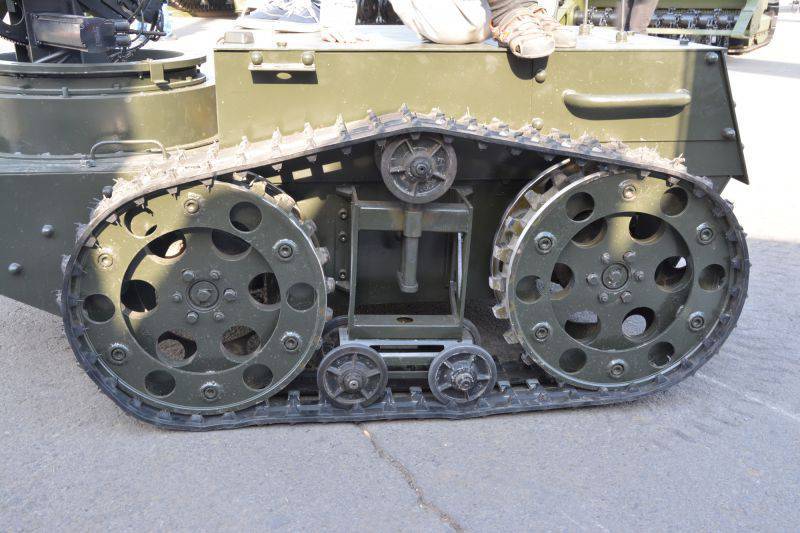 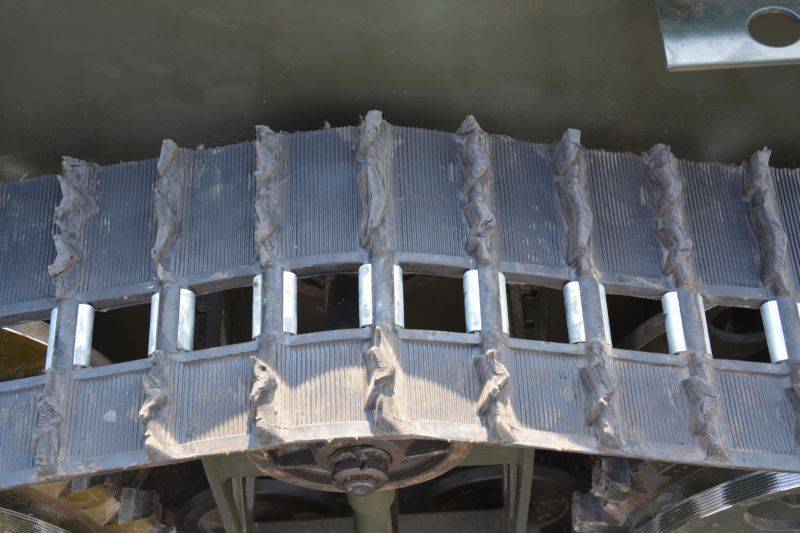 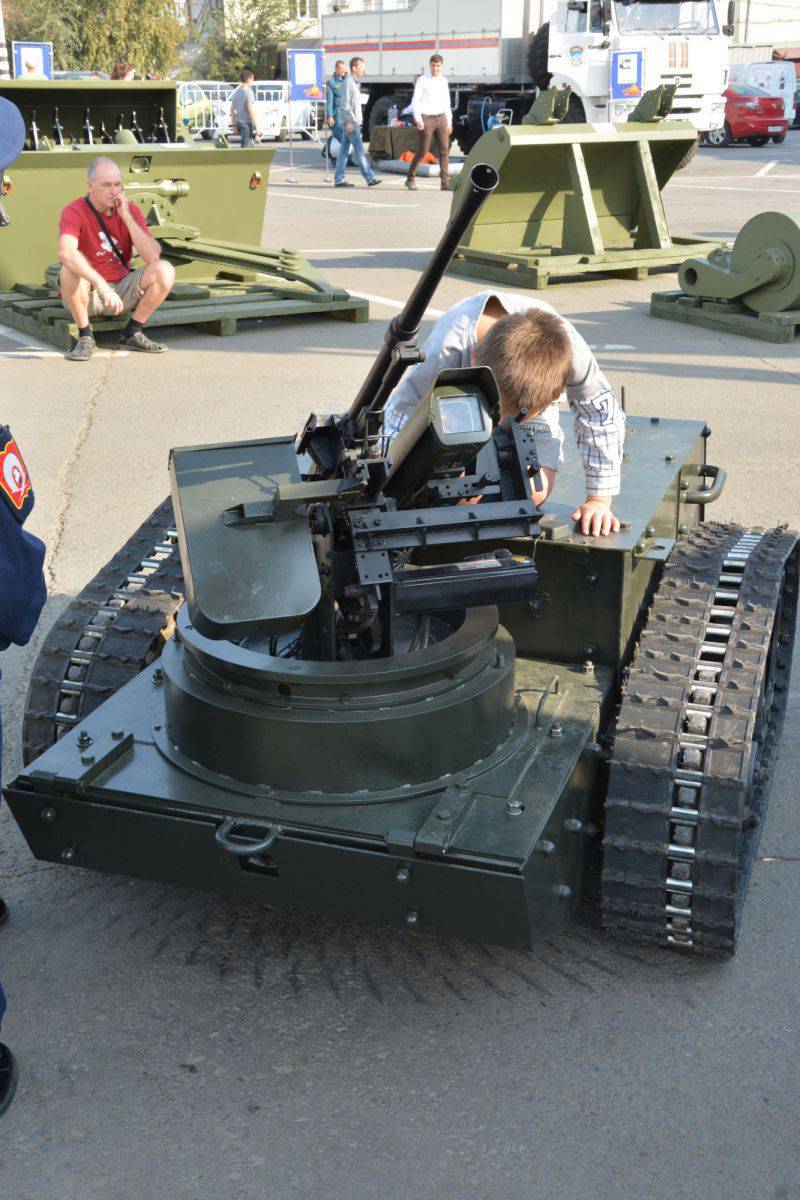 Traces on asphalt demonstrate the maneuverability of the Platform-M 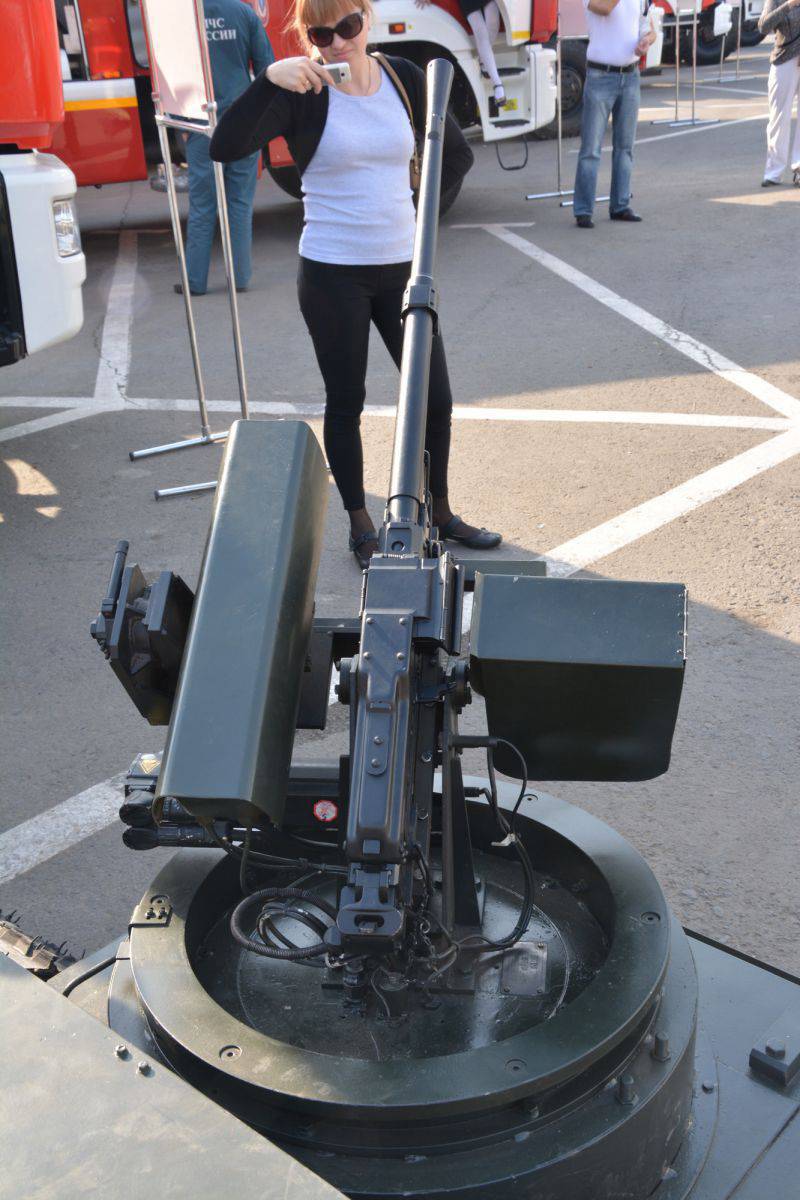 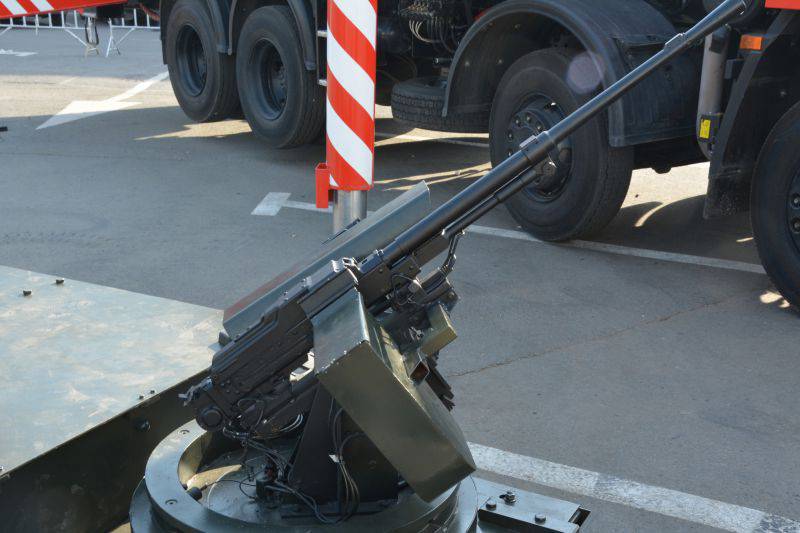 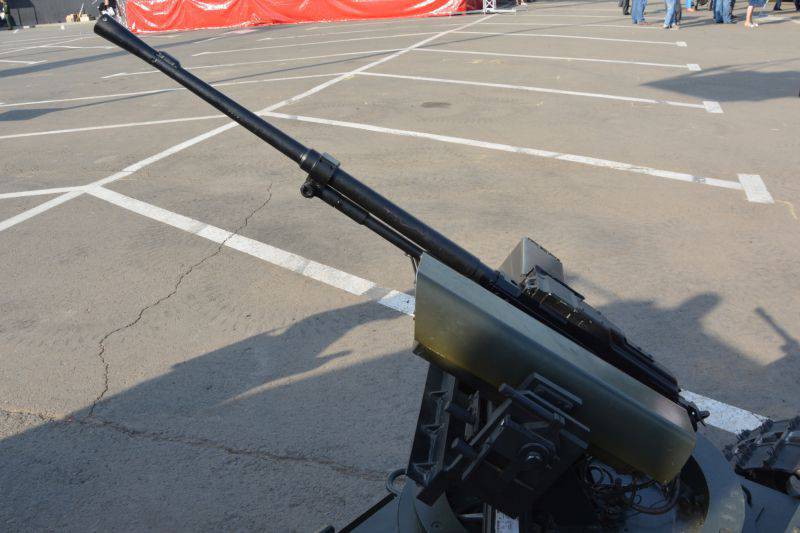 General view of the combat module with machine guns 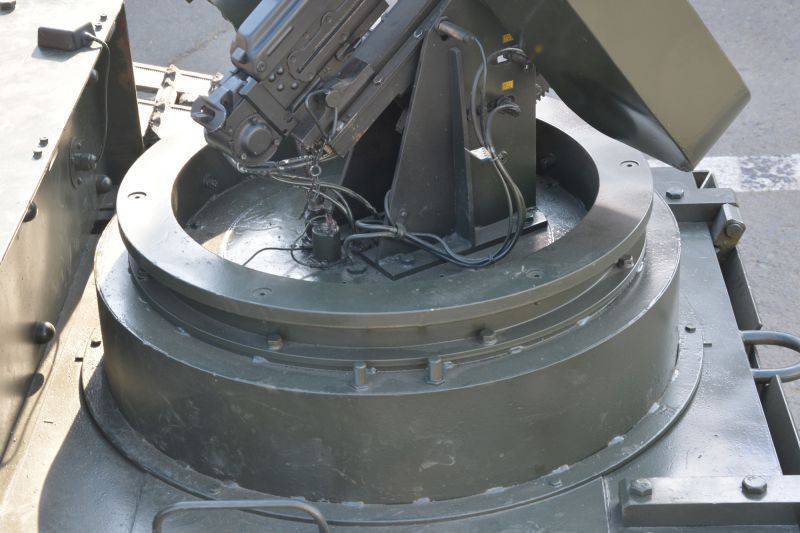 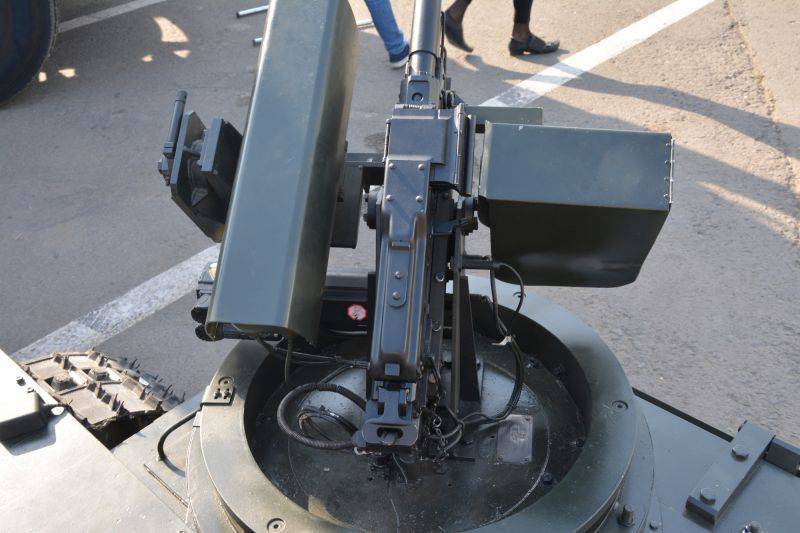 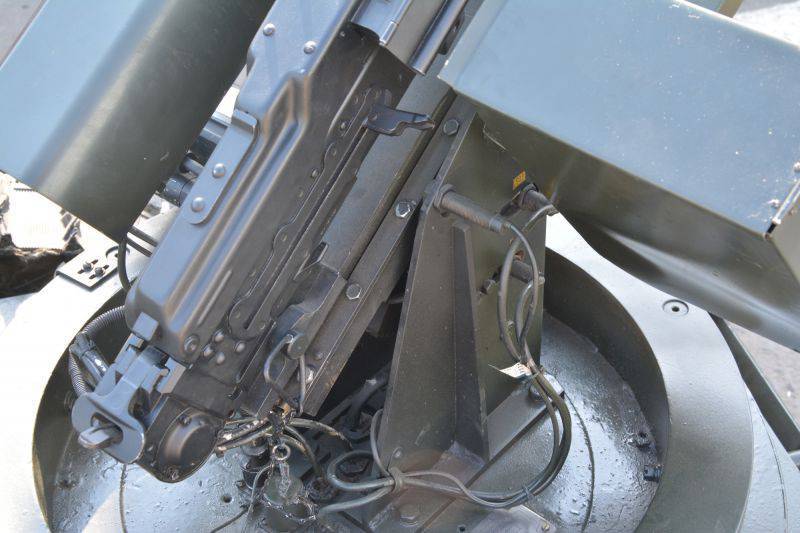 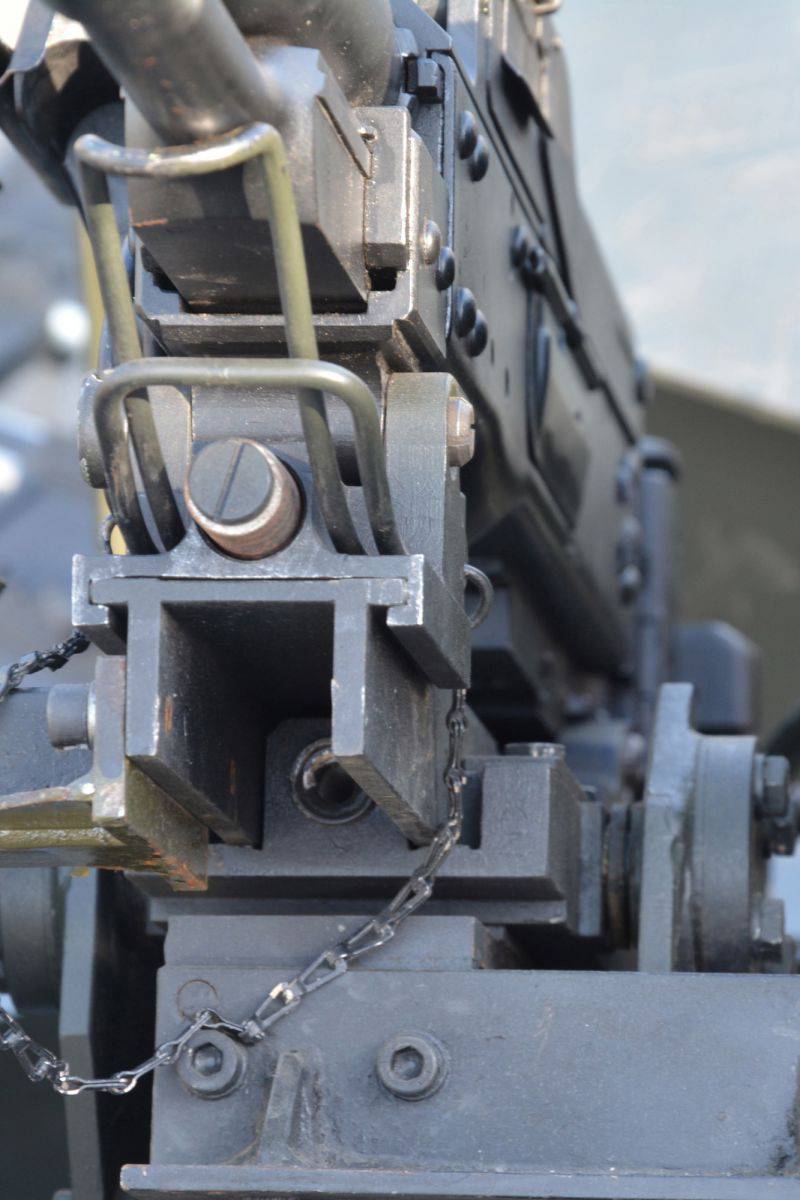 Machine gun mount on the platform 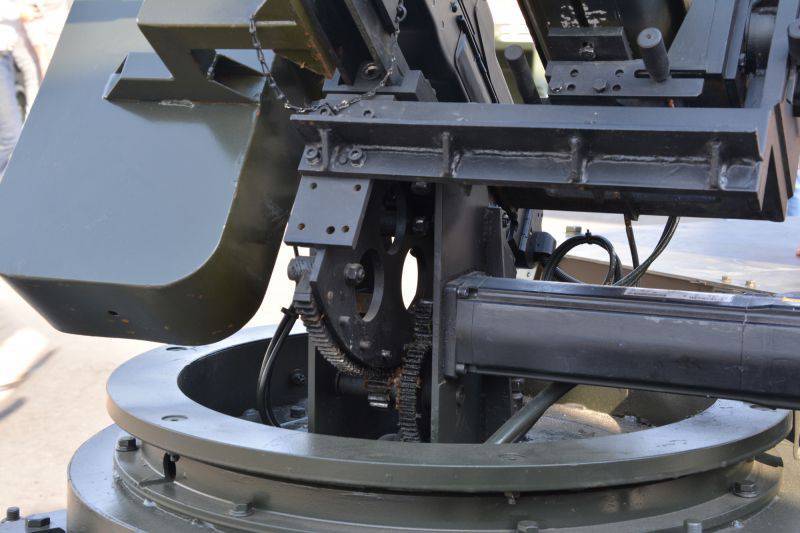 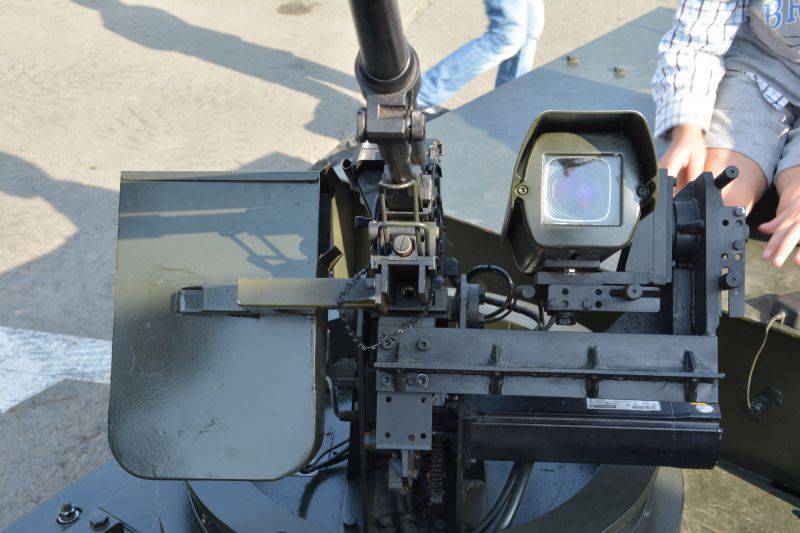 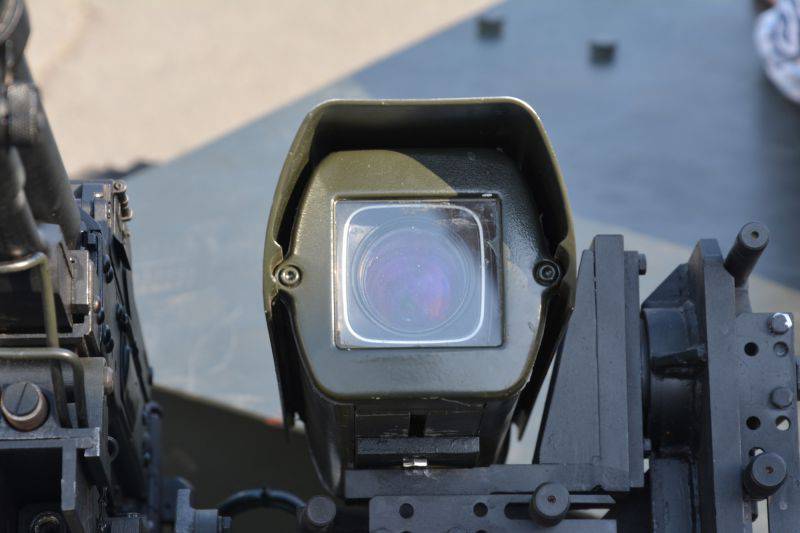 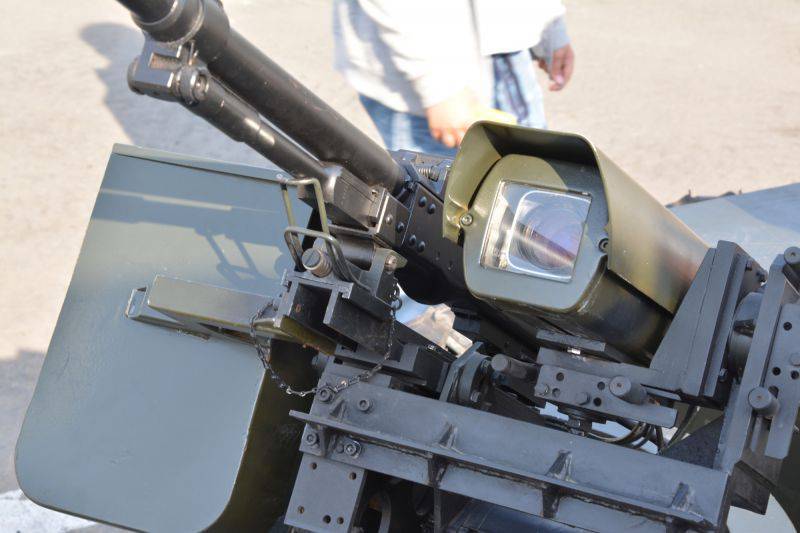 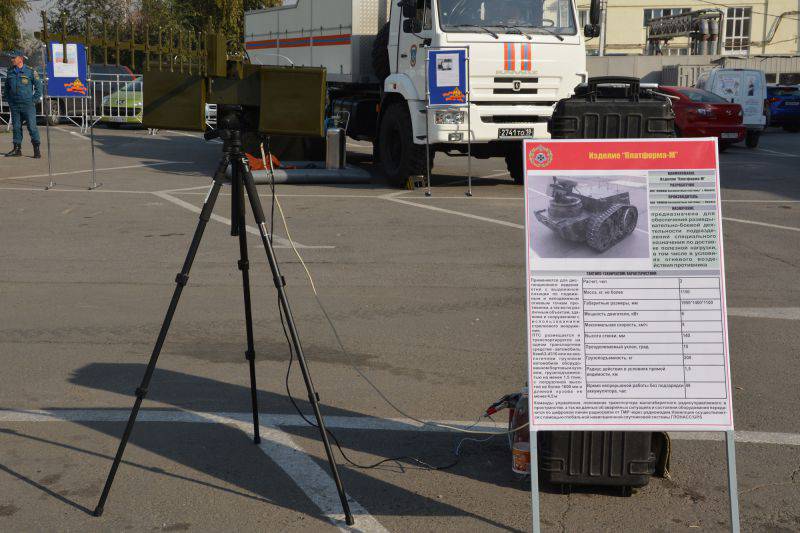 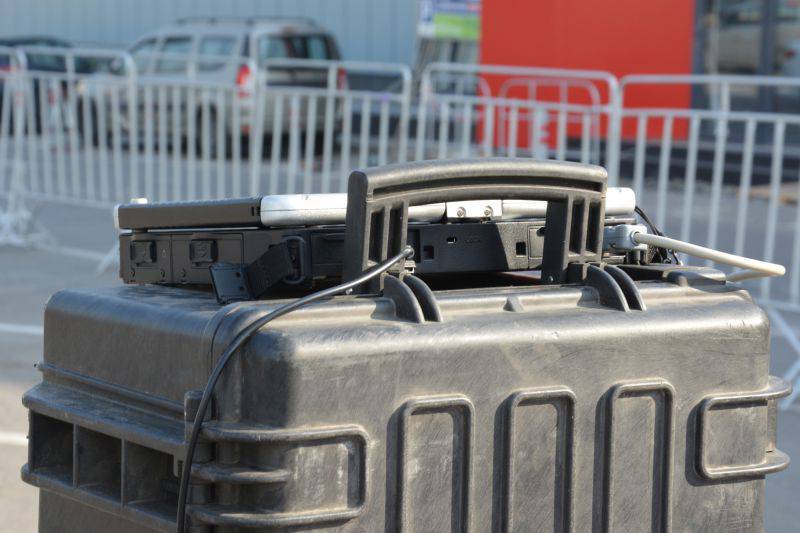 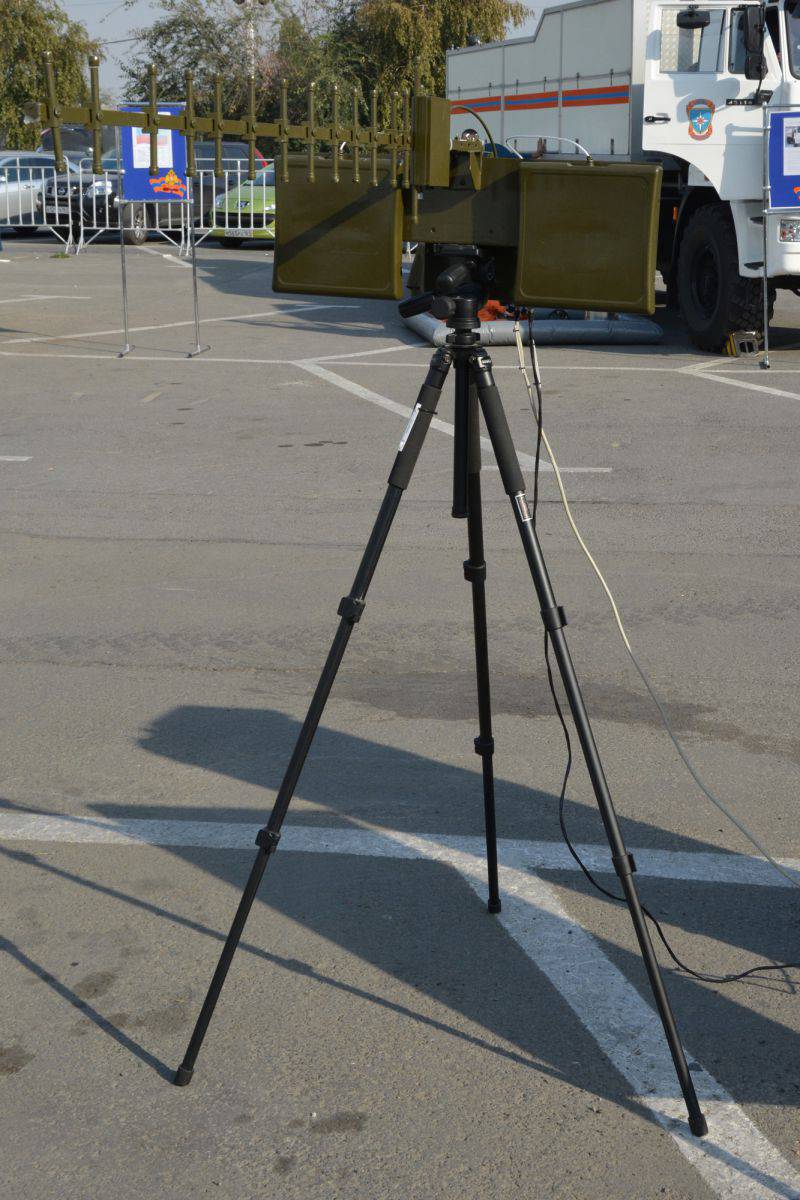 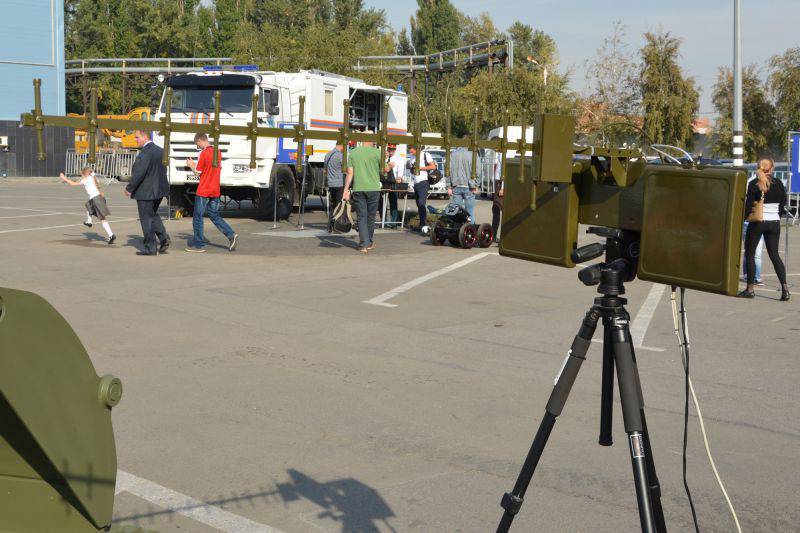 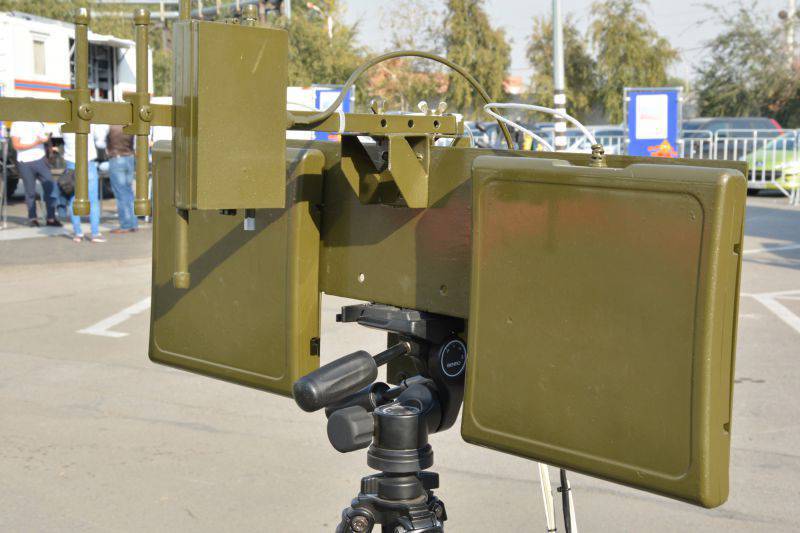 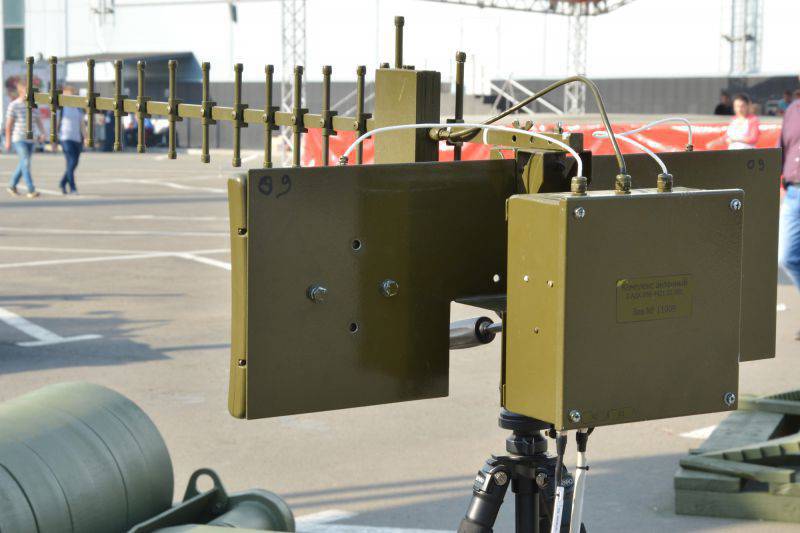 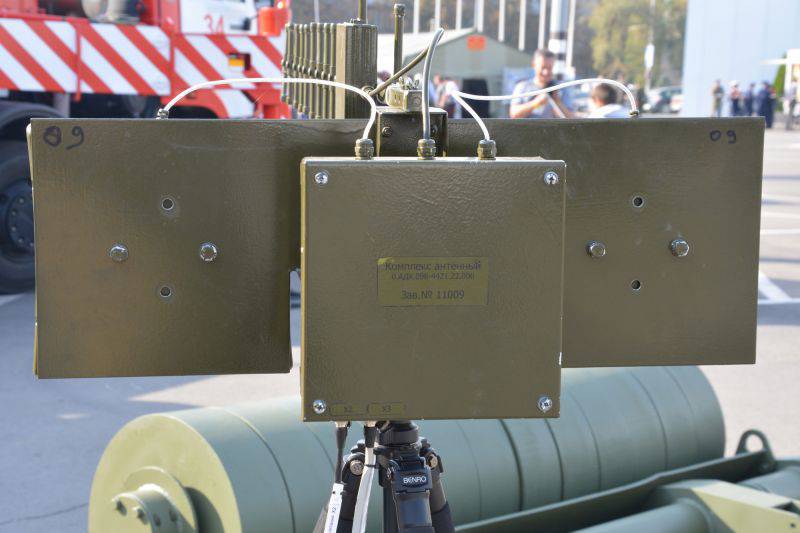 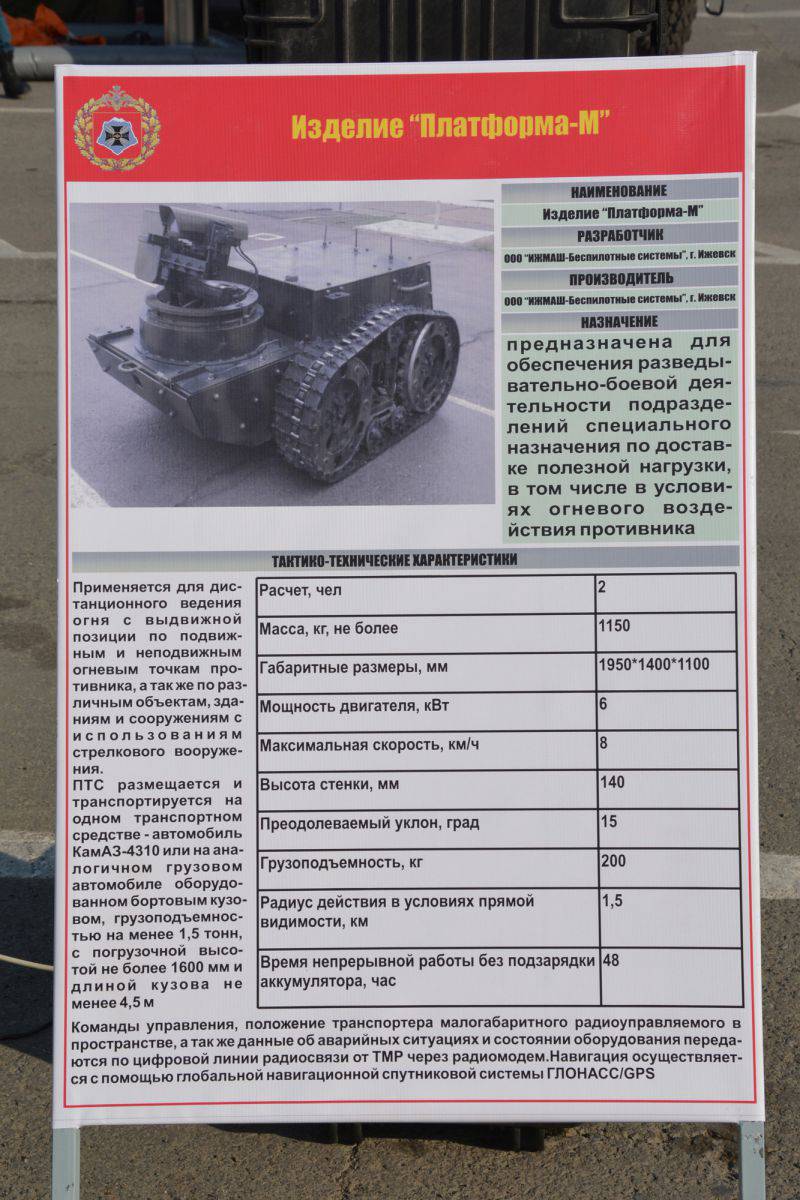 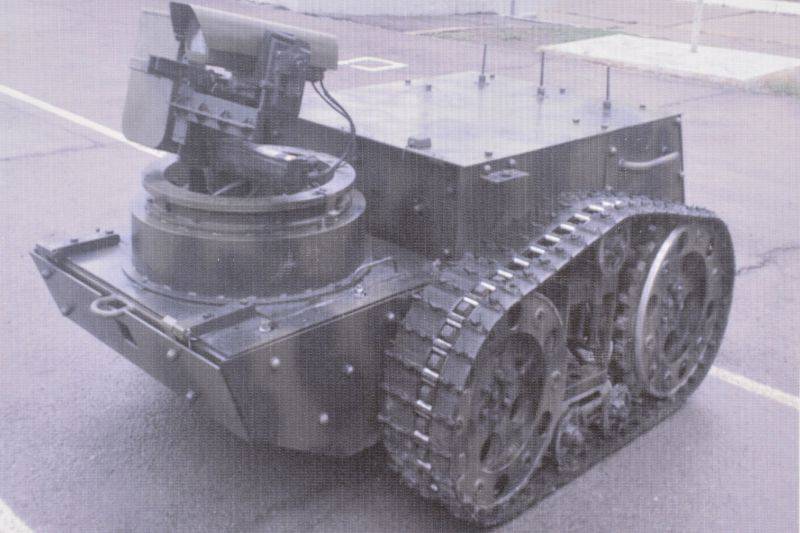 Photo "Platform-M" from the information stand