The rocket ships of the Caspian Flotilla struck with cruise missiles at ISIL positions in Syria. Video

October 7 2015
567
Defense Minister Sergei Shoigu reported to the Supreme Commander-in-Chief that precise positions of cruise missiles from Caspian ships were inflicted on ISIS fighters flotilla. Tv channel Russia-1 presents the words of the head of the defense department of the Russian Federation:

To defeat the militants, except aviation, this morning they attracted the ships of the Caspian flotilla, four missile ships made 26 launches of sea-based cruise missiles "Caliber" for 11 targets. 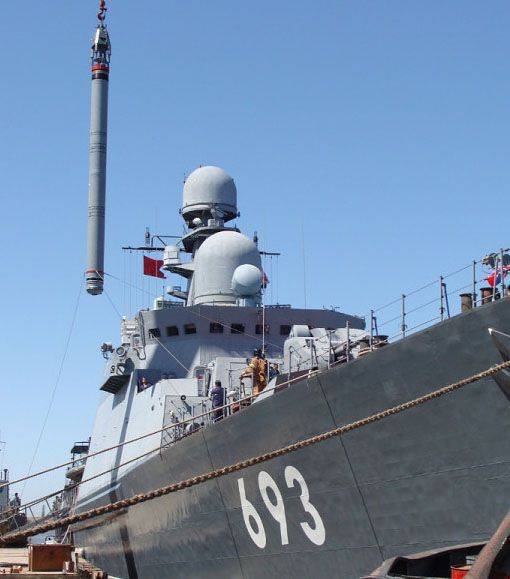 According to Sergei Shoigu, objective monitoring data confirmed information about the defeat by cruise missiles of objects belonging to the terrorists of the so-called Islamic State.

Shoigu:
The results of the strikes confirmed the high effectiveness of the missiles at long distances - almost 1,5 thousands of kilometers.