Difficulties of friendship with Russia

October 8 2015
76
Ankara has blamed twice in recent days Aviation Russia in violation of Turkish airspace. The Russian Ministry of Defense in response spoke of bad weather. On October 5, a meeting of the NATO Council took place. It adopted a joint statement in which Russia's behavior received an ominous characterization of "irresponsible." R. T. Erdogan made it clear to Moscow that her friendship with Ankara is being tested: "... if Russia loses a friend like Turkey ..." 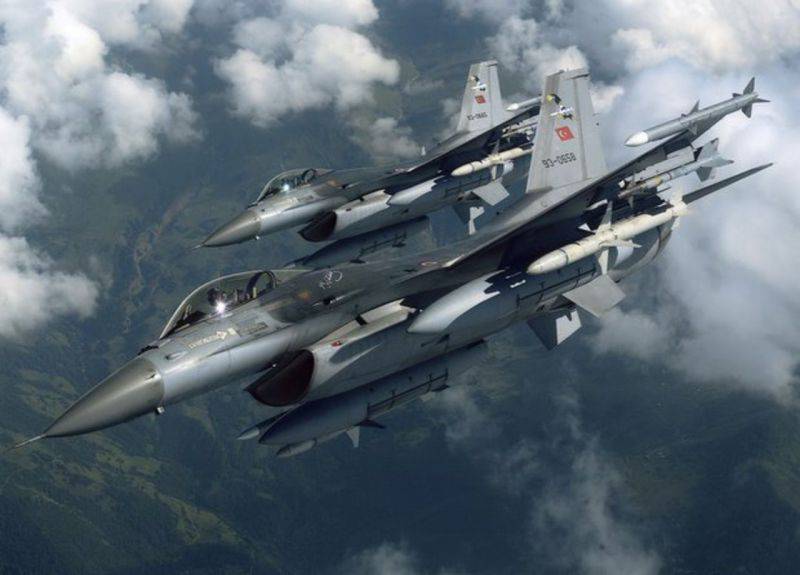 On October 3, the Turkish Foreign Ministry reported that Turkish fighters intercepted a Russian military aircraft that invaded Turkish airspace and forced it to return to Syria airspace.

Indeed, two F-16 fighters of the Turkish Air Force were sent to intercept. The Ministry of Defense commented on this message. At a briefing on 5 in October, the official representative of the department, Major-General Igor Konashenkov, spoke about the “approach”.

“On Saturday, October 3, after completing a planned combat flight, while performing a maneuver over mountain-wooded terrain to return to the Khmeimim airfield, the Russian military aircraft Su-30 made a short-term, several seconds, entry into Turkish airspace. After checking and analyzing the data of objective control, the command of the Aviation Group of the Air and Space Forces of Russia in Syria took the necessary measures to prevent such incidents in the future, ”the television channel quotes him "Star".

According to Konashenkov, on October 10, the Ministry of Defense sent explanations to the Turkish side.

“The Hmeimim airbase,” the military official added, “is located approximately 30 km from the Syrian-Turkish border. Under certain climatic conditions, the approach to the airfield is from the north. Therefore, this incident is a consequence of adverse weather conditions in the area. One should not look for any conspirological reasons. ”

The Turkish authorities, however, received a harsh statement.

Turkish President Recep Tayyip Erdogan at a joint press conference with Belgian Prime Minister Charles Michel in Brussels hinted at the possible loss of friendship between Turkey and Russia. “The attack on Turkey is regarded as an attack on NATO,” his words cite. "Vesti". - Our good relations with Russia are well known. But if Russia loses a friend like Turkey, with which it cooperates on such a large number of issues, it will lose a lot and should know about it. ”

We also add that the Russian ambassador to Turkey was summoned to the Turkish Foreign Ministry and demanded an explanation from him about the “invasion” of the Russian military aircraft into the Turkish airspace.

Most importantly, an immediate response from NATO followed.

"Violation of the airspace of Turkey by the Russian military aircraft is unacceptable," Alliance Secretary General Jens Stoltenberg quotes. IA "REGNUM". - I am convening a meeting of the North Atlantic Council to discuss the situation. I urge Russia to fully comply with the airspace of NATO and avoid escalating tensions with the alliance. I urge Russia to take the necessary measures to coordinate its efforts with the efforts of the international community in the fight against ISIL. ”

“The Turkish authorities,” the television and radio company informs, “re-called the Russian ambassador for explanations about the second violation of the country's airspace two days after another Russian combat aircraft, according to Ankara, invaded Turkish airspace.”

BBC also reports that US Secretary of State John Kerry expressed concern about the flights of Russian aircraft in Turkish airspace. According to him, the Russian fighter could be shot down by Turkish aircraft.

Mr. Kerry, add from yourself, in your repertoire. Gives hints to everyone. He recently сказалthat “Russia can become the next target of the ISIL militants” and specified: “If we don’t find options to unite to fight the militants of the Islamic State, and Russia will fight with them alone, guess what will happen? Russia will become their target. Russia will see people with MANPADS and airplanes falling from the sky. ”

And now the US Secretary of State explained to the Turks what to do with the Russian aircraft.

The material provides information on the appeal of the Turkish Ministry of Defense to Russian colleagues with a proposal to establish a joint group to prevent possible incidents. This was told by the representative of the Ministry of Defense of Russia Igor Konashenkov.

In addition, RBC cites the comment of Russia's permanent representative to NATO, Alexander Grushko. He told 6 of October that the incident with the violation of the airspace in Turkey was used to include the North Atlantic Alliance in a media campaign that distorts the objectives of the Russian Federation in Syria.

NATO, in turn, does not believe Russia.

Moscow did not provide the North Atlantic Alliance with “no real explanation” of the causes of the violation of Turkish airspace, Jens Stoltenberg told the press. According to him, the incidents in the Turkish skies of Turkey "do not look like an accident."

“For us, this does not look like an accident. This is a serious violation of the airspace, and in fact there were two violations at the weekend, - quotes him "BBC". “This adds to the fact that it does not look like an accident, that the breach lasted for a long time compared to previous airspace violations that we have seen elsewhere in Europe, and therefore we take it very seriously.” (Saying such a confused speech, the secretary general was apparently worried. - Appro. "IN".)

Thus, the Syrian front became another hotbed of cold confrontation between the West and Russia. In addition, an extremely unpleasant factor in the "loss of friendship" of Turkey appears. Ankara used the opportunity turned up for harsh statements against Moscow, and did so with reference to NATO.

The Syrian question has long been a stumbling block in the political relations between Moscow and Ankara, and no changes in this matter are foreseen. Recall Mr. Erdogan in 2013 year called Syrian President Assad "butcher" and "murderer" and said that he (Assad) is waiting for the wrath of God.

Probably, the Turkish god is angry now on the Russians, because they are fighting on the side of Assad.

We are in Yandex Zen
Turkey and Greece. Cold War airspace
The attack on the Russian aircraft and the political situation in Turkey
76 comments
Information
Dear reader, to leave comments on the publication, you must to register.