Polish public organization: in recent years about a third of memorials dedicated to Soviet soldiers-liberators disappeared in the country

October 7 2015
37
The founder and head of the Polish memorial organization Kursk, Jerzy Tyts, says that in recent years about a third of the monuments dedicated to Soviet soldiers-liberators have been destroyed by vandals or dismantled with the consent of local authorities. At the same time, according to the head of a public organization, about 30% of the memorial cemeteries on which the ashes of the Soviet soldiers rest are in poor condition. Jerzy Tyts is engaged in the preservation of cultural and historical heritage, and, according to him, he is very concerned about the trend that has taken place on Polish soil.

The existing register of monuments does not correspond to their actual number. I think about one-third no longer exist. Step by step, they are destroyed, dismantled and disappear. It comes to absurd situations when the authorities explain the dismantling of the monument by its poor technical condition, although they themselves should take care of it. 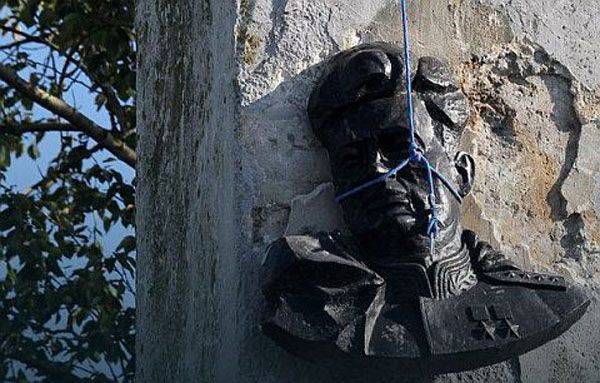 It should be noted that the Kursk public organization was founded in Poland in 2012. During this time, members of the organization for their own money repaired 11 military memorials and two cemeteries.

Jerzy Tyts:
The Red Army liberated my country from fascism. This is undeniable. My main goal is the struggle for peace and tranquility. If one nation begins to destroy the monuments of another nation, this means that there will be a great misfortune, a conflict. There is not a single person in the government of our country who could deal with this issue, objectively consider the interests of one and the other, resolve the situation, stop those gangs who are destroying monuments.

Ctrl Enter
Noticed oshЫbku Highlight text and press. Ctrl + Enter
We are
General return to their homeland? The Poles took to the dismantling of the monument to the Soviet commanderList of CIA-funded Russian public organizations
Military Reviewin Yandex News
Military Reviewin Google News
37 comments
Information
Dear reader, to leave comments on the publication, you must to register.