October 7 2015
10
The press service of the Ministry of Defense of the Russian Federation reported that Serbian and Russian pilots completed aerobatic maneuvers on Mi-8 helicopters and MiG-29 fighters with a total number of 10 units as part of the Bars-2015 exercises. 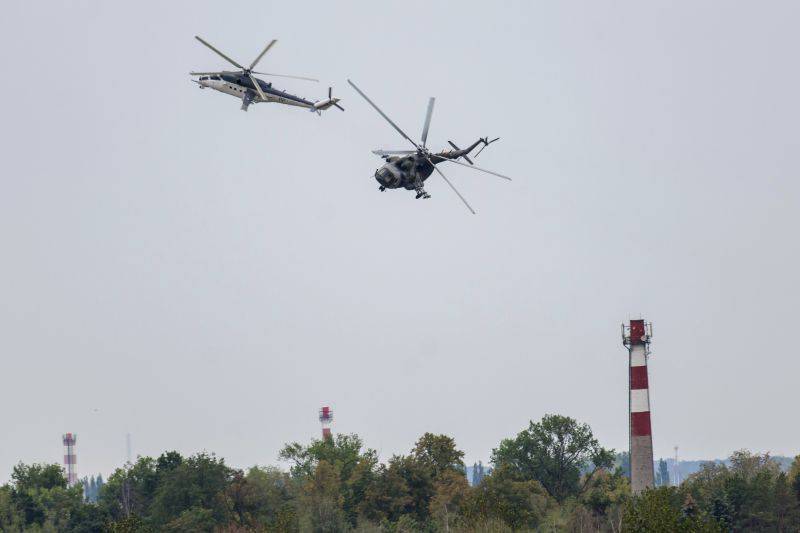 “The flight crew of the MiG-29 aircraft carried out anti-ballistic maneuvers, combat turns, loops and hills, as well as elements of close air combat. Army Pilots aviation Mi-8 helicopters operated flights at low altitudes, search and rescue operations with lifting the cargo on the winch and landing on unprepared sites for the evacuation of victims, ”RIA press service reports "News".

The planned joint flight-tactical exercises "Bars-2015" of the Russian Federation and Serbia will be completed later this week.