The fate of nedobitkov, or The Nazis have grunted - the terrorists will also be warmed

October 7 2015
18
On the eve of the newspaper "Al-Arab", whose main office is located in the British capital, came out with the material that many militants, including ISIS terrorists, leave Syria and are being transferred across Qatar and Turkey to Libyan territory. According to the newspaper, in the last couple of days, the airport, located in 10 km from Tripoli (the capital of Libya), has been transferred around 285 militants from weapons and military ammunition. At the same time, the publication refers to sources in the military circles of Britain, adding that the operation to transfer terrorists from Syria is carried out with the participation of the Libyan Dawn (Libyan Dawn) organization, which calls itself "the country's authorities" while the recognized (UN) Libyan the government is not located in the capital, but in the city of Tobruk.


Information appeared in the press that the militants leave Syria through the territory of Jordan, from where they enter Sudan and cross the Libyan border in the south-east. Through the oasis of Kufra and the town of Al-Jauf, militants arrive in Tripoli. It should be noted that through Al-Jauf and the Kufra oasis to the Mediterranean coast comes a stream of refugees from both East African and Middle Eastern countries, including Yemen. 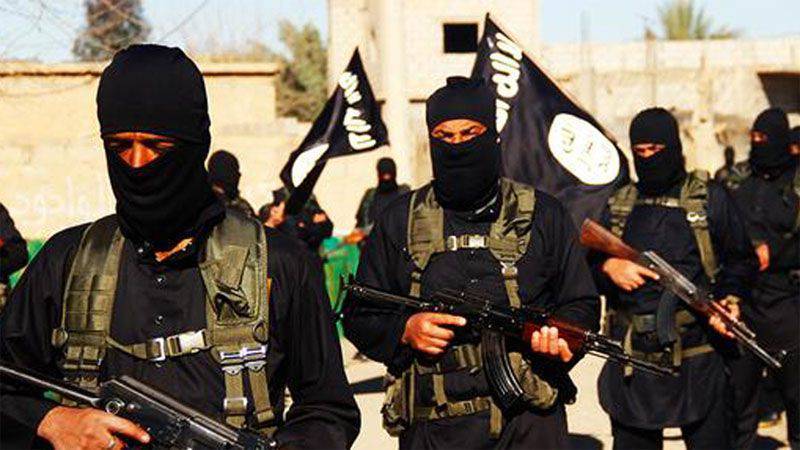 Based on this information, we can conclude that the curators of the militants decided to use all the possibilities for the withdrawal of terrorist groups from the strikes that are being carried out today by the Russian HVAC in Syria. One of the possibilities is using the migration route, which was previously laid, and which tens of thousands of people have already used. Moreover, the same route (via Al-Jauf) could also be used by the terrorists of the so-called “Islamic State”, under the guise of refugees, crossing the Mediterranean into Europe. Photos of the militants, who yesterday were holding weapons and black banners of ISIS in their hands, and now suddenly wearing European clothes and repainted as ordinary refugees, many have been published on the Internet. 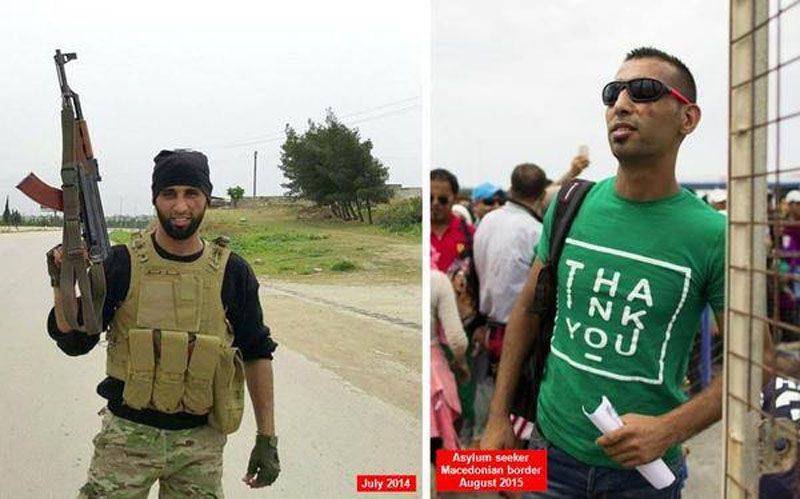 On the one hand, it is tempting to rejoice that the enemy of the Syrian government army is really demoralized by the blows of the Russian military aviation, and that terrorist groups (and they can be called a terrorist international) in Syria, as they say, rained down. However, this coin has a downside that is hardly worth ignoring. The fact is that individual terrorist groups - terrorists as such - are nothing more than puppets in the wrong hands. This is well known for a whole series of armed conflicts, for indirect participation in which, for example, the United States of America literally grew another terrorist structure, solving its tasks on a given territory, of course.

It turns out that the joint Russian-Syrian operation will allow terrorists in Syria to partially destroy, partially squeeze out of the state, but can this be considered the final solution to the terrorist problem? - big question. And the most likely answer to this question is: “No!”

In this situation, it is worth remembering about one historical fact - about the situation of the last days of the Great Patriotic War and the post-war period. A definite analogy can be traced here, given the fact that Russian President Vladimir Putin today compared the anti-terrorist coalition with the anti-Hitler coalition. Of course, it is hardly necessary (and it is hardly possible) to seriously compare the level of discipline and military training of the Hitler army with similar indicators from the militants of the same ISIL, but this is not about that. The thing is that under the blows of the Red Army, which liberated Europe from the Nazi contagion, this Nazi infection signed the act of surrender, but did it disappear?

Как историяso today we are told: no, it has not disappeared. Representatives of the top of the Third Reich went on suicide or were on the dock of the Nuremberg Tribunal (and that is by no means all), but those who are lower in rank disappeared into the expanses of the old Europe or safely landed on the first ship and sent off to the North, who to south america The Nazi evil spirits of various stripes and positions were warmed and those who did not disdain during the great war to actually sponsor the Hitler army, entering into multimillion-dollar contracts with Berlin. It's about the United States, Canada, Sweden and other "fighters against fascism."

Tens of thousands of Nazi military quickly found work in the special services and law enforcement agencies of the United States, where they worked right up to the 70-ies, receiving substantial salaries for American taxpayers, which the American historians themselves repeatedly wrote.

One of the thousands of examples is Ivan Demyanyuk. This subject (it is difficult to call him a man) served as a warden in the Nazi camps, and in 1945, when the outcome of the war became clear, he surrendered to the Americans and managed to quickly receive the status of a “victim of the fascist regime” from the American occupation administration. This “victim” worked in Germany for seven post-war years, including as a driver for American officers, after which she moved with her family to permanent residence in the USA, where by 1958 all was well and she was a star-striped citizen. After that there was an investigation launched in Israel, there were numerous lawsuits. However, judging and the prosecution did not prevent Demyanyuk from living to 92 years and dying free - in a German resort town in Bavaria. 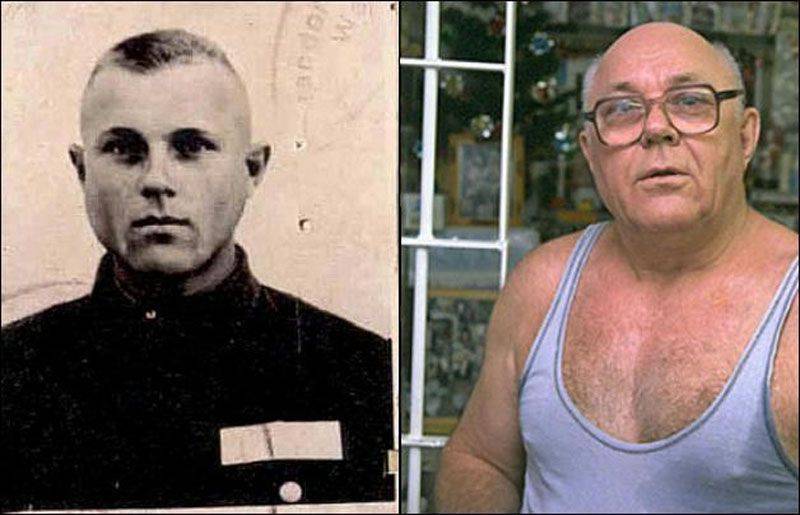 According to modern Western terminology, representatives of international terrorist groups are also “victims”. If Demyanyuk and thousands of the same as Demyanyuk, were called "victims of the fascist regime", now in certain circles it is accepted to talk about "victims of the Assad regime." These “victims” are also collected, prepared and armed with foreign funds, protected from Russian strikes, relocating from the most dangerous regions of Syria, they are declared refugees and taken to third countries, cherishing the hope that will assemble a new fist for striking.

In this regard, it can be stated that, like 70 years ago, some of the “allies” anti-Hitler coalition was concerned about the salvation of the Hitler's Coalition, and today there are attempts to save the modern offspring of "victorious democracy." But the fact that between the ideologies of the fascist forces and modern pseudo-Islamic terrorist groups can be put a sign of identical equality, it is hardly possible to doubt.

70 years ago, after the defeat, the Nazi filth hid in the cellars and forest thicket of Western Ukraine, the Baltics, and taverns in the USA, Canada, and Mexico, and then systematically began to raise their heads. And today we can state the beginning of a similar process with international terrorism. Its representatives are not inclined to a full-fledged war, they are ready to scatter through the bushes, hide behind sand dunes and rocks, sit in rat holes (which is what happens) without paying special attention to the borders, and then climb out again, waiting for the new owners and ideologues.

In this regard, another question: will the States, Canada, Saudi Arabia or Qatar support a real anti-terrorist coalition? Of course not. Well, this is in words as many as you want - and even then, only after the last blow is struck to ISIS - a fracture of the ridge on the knee. In this case, it is possible even some new tribunal. But not more…

Apart from Russia and our really interested allies, no one is going to burn this infection, because this infection is a) a geopolitical tool, b) a profitable business, which at one time was Nazi Nazism.

Here it is - the cyclical nature of the story ...