"Vasily Tatishchev" moves to the shores of Syria

October 6 2015
64
The reconnaissance ship BF "Vasily Tatishchev" departed from Baltiysk to the eastern part of the Mediterranean, reports MIC with reference to Interfax-AVN. 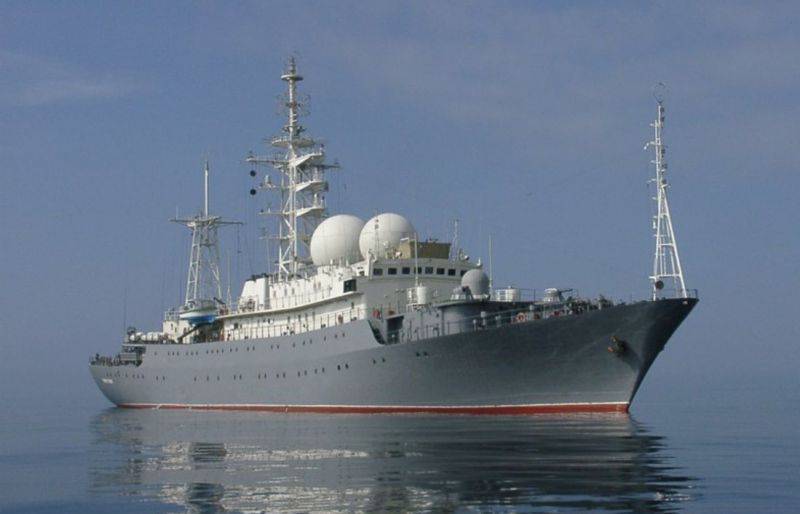 “Vasiliy Tatishchev went to the shores of Syria, where he will replenish and strengthen the naval grouping of the Russian Navy in the eastern Mediterranean. The ship will perform tasks for its intended purpose. His crew will monitor the situation on the air both of Syria itself and of all adjacent countries, as well as over their territorial waters. ”- told a source in the Navy.

He noted that "a similar cruise for the Baltic Fleet reconnaissance ships is considered routine and routine." “At one time, they successfully tracked the war in Yugoslavia,” he added.

The press service of the BF abstained from official comments on this topic.

Help newspaper: "Medium reconnaissance ship CER-131 of the 864 project" Meridian "" Vasily Tatishchev "has a displacement of 3470 t with a length of 94,4 m. Cruising range - 7 thousand nautical miles The crew consists of a 146 man. ”

Ctrl Enter
Noticed oshЫbku Highlight text and press. Ctrl + Enter
We are
The possible cause of the accident on the military satellite "Meridian" was voiced - the explosion of the engine of the Soyuz rocketAnother satellite crashed without reaching the specified orbit
Military Reviewin Yandex News
Military Reviewin Google News
64 comments
Information
Dear reader, to leave comments on the publication, you must to register.