October 6 2015
11
22-23 September 2015 of the An-124-100 transport aircraft from the Russian capital of Bangladesh arrived from the Russian company Volga-Dnepr, which delivered a batch of six Yak-130 training and combat aircraft built at the Irkutsk Aviation Plant JSC Corporation. "Irkut" for the Air Force of Bangladesh, according to the blog of the Center for Analysis of Strategies and Technologies, citing Bangladeshi spotters. 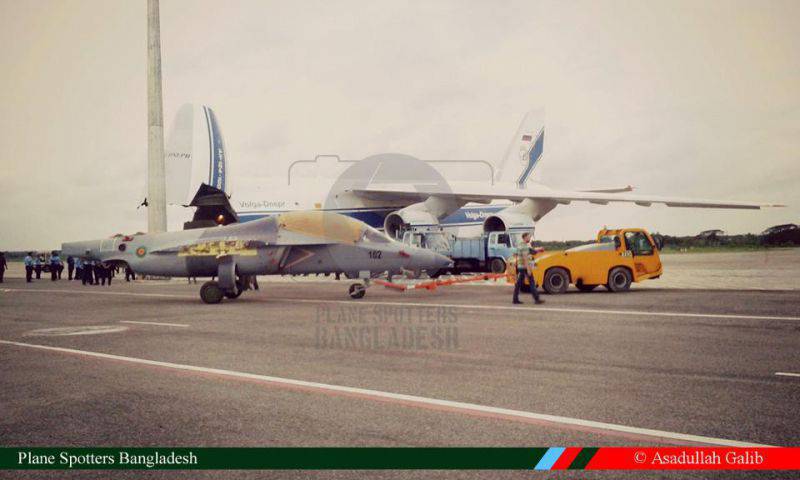 The authorities of Bangladesh and Rosoboronexport OJSC signed a contract for the supply of 16 combat training aircraft Yak-130 in 2013 in the framework of the 1 loan of a billion dollars, which Moscow provided to Dhaka for the purchase of military products. The first aircraft first flew on April 29 2015 in Irkutsk. Previously, there were reports that deliveries of the Yak-130 to Bangladesh would begin in June of the 2015 year, but in fact they began only in September.

Ctrl Enter
Noticed oshЫbku Highlight text and press. Ctrl + Enter
We are
Reports from the militia of New Russia for 2 September 2014 of the yearThe 20 rating of the largest arms deals, decisions on which were made in 2012
Military Reviewin Yandex News
Military Reviewin Google News
11 comments
Information
Dear reader, to leave comments on the publication, you must sign in.