Today is Day of troops RCBZ 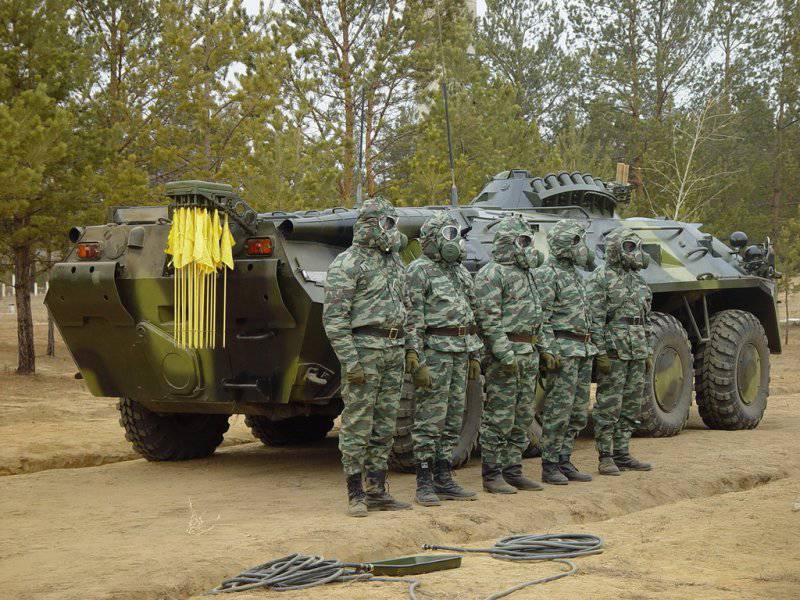 The troops of the RHBZ 13 November celebrate their professional holiday. In the 2011 year, this segment of the Russian armed forces celebrates the 93 anniversary. During this time, the RCB protection troops have undergone a large number of changes, optimization measures, and continue to stand guard over the safety of citizens of our state.

Despite the fact that the danger of a large-scale war with chemical, biological or nuclear weapons, is very low, the role of troops RCB protection in no case can not be underestimated. Congratulating the personnel of the RCBZ troops on their professional holiday, the head of the RCBZ troops, Major General Starkov, stressed that the likelihood of the use of weapons of mass destruction by individual terrorist groups in the world remains quite high. These words are confirmed by the fact that after the Libyan operation in the warehouses that once belonged to the army of Gaddafi, a significant amount of chemical weapons remain, which could easily pass into the hands of Islamist organizations. Russian troops RCB protection, as noted by General Starkov, continue to upgrade and are ready to resist any aggression.

Recall that the RCBZ troops (originally Chemical Forces) appeared during the First World War. It was then that for the first time in stories during the fighting were used toxic substances. In Russia, the Red Army Chemicals Service was established on November 13 of 1918 by order of the Revolutionary Military Council.
In the middle of the 20 of the last century, the troops underwent a large-scale reform and received impetus for further development. Mass use of the military units of the chemical troops was carried out in the years of the Great Patriotic War, carrying out a smoke camouflage, as well as flamethrower destruction of the enemy.

Since 1992, the troops have received their current name and perform various kinds of tasks to protect the population from the threats of the use of poisonous, biopathogenic and radioactive substances. RCB protection troops operate not only in a military manner. Soldiers of this type of troops take part in operations to eliminate the consequences of man-made disasters. An unprecedented operation was performed by parts of RCBZ in the 1986 year at the Chernobyl NPP. Thousands of soldiers and officers engaged in the fight against an invisible enemy - radiation. Vast territories thanks to the selfless labor of servicemen were cleared of contaminating substances. At that time, almost every person who served in the troops of the RCB protection, visited Chernobyl after the disaster. Many participants in that large-scale operation were honored with Government awards, and the head of the Chemical Army, General Pikalov, was awarded the title Hero of the Soviet Union. 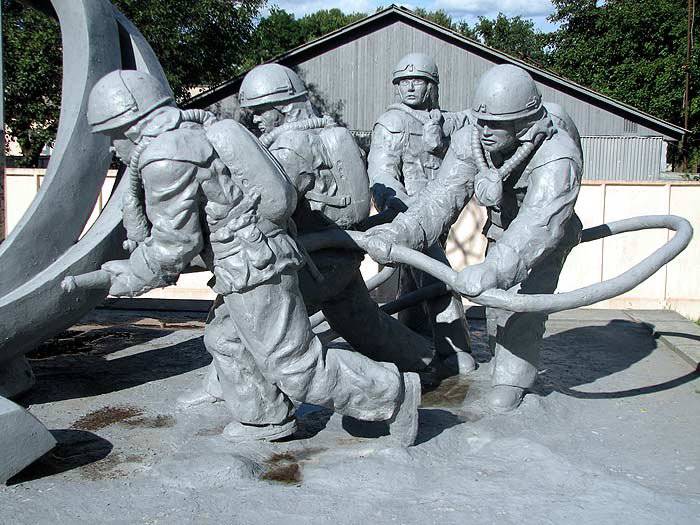 Unfortunately, there is still no exact data on how many members of the Chemical Forces have suffered as a result of eliminating the consequences of the terrible accident that occurred in 1986 in April in Chernobyl.

In our time, the training of high-class specialists for RCBZ troops in the Russian Federation is prepared by three universities: Kazan State Technological University, the Military Academy of RCB Protection (in Kostroma), the Ural Federal University (Yekaterinburg). In addition, active training of junior commanders is conducted, as well as training of soldiers called up for military service.

Major General Starkov says that today a large number of soldiers with higher or secondary technical education come to the troops. This largely determines the acceleration of the pace of learning in such a difficult task as mastering the methods of dealing with a radioactive, biological and chemical threat. Qualitative training is assisted by the latest computer programs, which allow practicing the skills of actions to detect infected objects and carry out a set of measures to eliminate the threat of contamination of the area and people.

General Starkov in an interview noted that the troops of the RCB protection this year successfully participated in the exercises "Union Shield" and "Center-2011". In addition to these exercises in 2011, the participation of troops of the RCB protection also affected 52's exercises and operations. In the overwhelming majority of cases, the work of military personnel of the RCBZ troops was rated “good”, which indicates their professionalism and skill.

The main task for the RCBZ troops, Yevgeny Starkov, called an increase in combat readiness and a further course for large-scale modernization.
Congratulations to all military personnel and veterans of the RCB protection troops on their professional holiday!
Ctrl Enter
Noticed oshЫbku Highlight text and press. Ctrl + Enter
We are
"Dead Hand" by Colonel Gaddafi (photo)
20 comments
Information
Dear reader, to leave comments on the publication, you must to register.