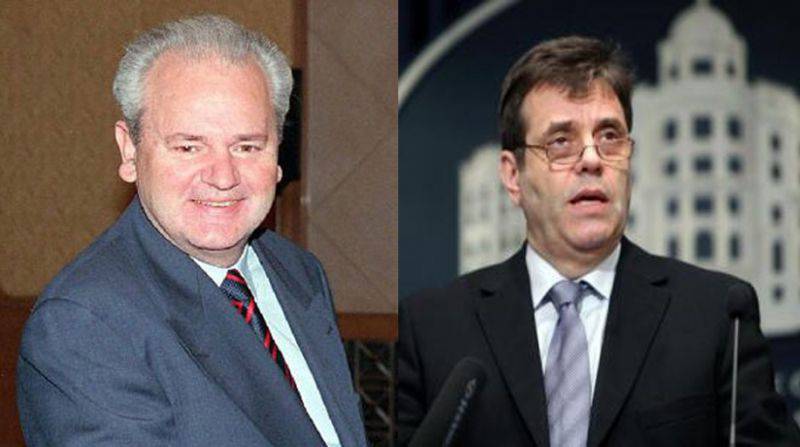 Exactly 15 years ago, 5-6 in October 2000, the US and NATO intelligence agencies tested a new technology of coups, which is now often called “color revolutions”. It happened in Belgrade, already already torn by barbaric bombing.

Of course, even before the West, and especially Washington, various methods of coup d'état were tested - both openly violent, like the Chilean, and "velvet revolutions" in Eastern European countries that looked like "popular uprisings". Thus, the sphere of influence of the Soviet Union gradually narrowed - until the first in stories The state of workers, in fact, the most powerful state in the world was not itself destroyed with the use of all those velvet technologies.

New conditions required new political technologies. The peculiarity of the “color revolutions” compared to the “velvet” ones, perhaps, is that the role of the West in them is too transparent. After the collapse of the USSR and until recently, there was no significant counterbalance to the United States and NATO. Russia was too weak, China preferred to sit back and deal with its own economy. Therefore, the West could not really hide.

If the goal of “velvet revolutions” was a change of the state system, then the “colored ones” have a slightly different goal, namely, to replace the disloyal or not sufficiently loyal leadership of a particular country with an absolutely obedient, puppet.

The “color revolutions” rely on several pillars at once — a “peaceful” protest, a betrayal within the overthrown power, a strong external pressure. For media cameras, the emphasis is on pseudo-protest, but in fact, external pressure is often the decisive factor. That is what happened in Yugoslavia.

Often, such events West podgadvaet under the elections. That is, the talk about “the absence of democracy” uses for its own purposes truly democratic tools that exist in the country of sacrifice (in the case of “velvet revolutions”, the dissident underground and traitors within the government are mainly used).

Presidential elections in Yugoslavia took place on September 24 2000. Recreate the situation of those days. The two leading candidates are incumbent President Slobodan Milosevic and “oppositionist” Vojislav Kostunica, who even tries to mow under the patriot. Just a year and a half ago, the country was subjected to brutal bombings that claimed thousands of lives and caused unimaginable damage to the economy. On the streets of Belgrade and other large cities - mass opposition actions disguised by foreign embassies disguised as festivals. When brutal thugs turn such actions into pogroms and overlapping of important objects - the police are forced to intervene. But each such intervention is served in the world media as “terrible atrocities of the Milosevic regime” —blown bruises on the bodies of demonstrators and blood on their clothes are shown in close-ups. Citizens deceived by such propaganda join the paid “oppositionists”. At the same time, real terror is being waged against members of the ruling Socialist Party of Serbia - during this time, at least 10 supporters of the incumbent head of state were killed.

The so-called youth movement “Otpor” spins up in the West, and a fist appears on the posters - the very one that will soon be visible in Georgia, in Ukraine, and in many other places.

But the most important thing is the frank blackmail of the people. Possessed demonstrators on the streets are a minority. And the majority lives an everyday life, stands in lines, communicates in the markets, in kitchens, etc. And in conversations, people are worried about one thing: if they “incorrectly” vote, then war will begin again. The alarms will sound again. Children will be torn to pieces again. Once again, we will have to endure all the horror that swept over the country in the black spring of 1999 of the year ...

It is from here, because of this fear, because of this blackmail, the sad results of the presidential election. 49% for Kostunica, 41 - for Milosevic. But even in these conditions, the West was unable to achieve a confident majority for its protege - Kostunica still failed to make up fifty percent. The second round of elections is coming.

But the United States and NATO have no confidence in the victory of their puppet. Therefore, given the installation to disrupt the second round. And then one of the main trump cards comes from the pocket - the very “Rebuke”. Launched a powerful propaganda about election fraud. Allegedly Kostunica won already in the first round, and he, according to the Western media and politicians, was stolen votes.

For two weeks, Belgrade and other major cities are shaking riots. The police are dispersing the pogromists, but those have already worked everything out. From all TV channels - the wildest tantrum about the "atrocities of the regime."

October 5 - apogee. The crowd captures the television center (the brutal beating while its director Dragolyub Milanovic remains behind the scenes), then - smashing the parliament, the building of the Central Election Commission. All bulletins are burned, so that no one can check whether there was a falsification or not. Belgrade has plunged into a drug dope - yes, in the literal sense of the word, because the demonstrators were encouraged with doses. And not only. The Norwegian Ambassador openly ran around the city and distributed money to “oppositionists”. A bulldozer became the symbol of this coup, on which the crowd rolled its own Motherland on the asphalt.

But I would like to stress once again that the main trump card of the West in this battle was not even “Otpor” and not the demonstrators and pogromists of other stripes. The main argument was external pressure - direct threats of new aggression.

Fear of getting new bombs on the head was the decisive factor in the fact that a NATO protege, V. Kostunica, got more votes than the patriot and defender of his country, S. Milosevic.

Understanding that in the event of a new aggression the country would be completely destroyed, led Milosevic himself to the fact that he did not introduce a state of emergency and did not suppress the unrest by force. In addition, the traitors were in the army and the police - there was also carried out the relevant work.

October 6 came a terrible outcome. The Constitutional Court decided on the victory of Kostunica. It must be added here that the elections were held not only in Serbia, but also in the second Republic of Yugoslavia - Montenegro, where M. Djukanovic was already in power - a true ally of the West. He strongly hindered the holding of these elections. And also - in Kosovo and Metohija - the region, actually occupied by NATO "peacemakers", where the residents fully felt the "charm of democracy". Here Slobodan Milosevic scored more than 90% of votes. And these voices were annulled by the Constitutional Court. By this method - throwing these people into the dustbin - Kostunica still pulled the cherished 50%.

Unfortunately, the Russian authorities did not defend an ally then. The then-acting Russian Foreign Minister, Igor Ivanov, hurried to Belgrade. There he held a meeting with Milosevic (although propaganda claimed that he had allegedly escaped from the capital), as well as with Kostunica. As reported later, he told the legitimate President of Yugoslavia that in the event of a new NATO aggression from Russia there would be no help ...

Thus, Slobodan Milosevic had to leave the post of head of state in order to avoid a direct war between a weakened country and the NATO bloc.

To the credit of the true President, it is necessary to say that he did not leave his country. That he again led the Socialist Party of Serbia, which then became the main opposition force. That is why the arrest and extradition for reprisal and the Hague Calvary soon followed ...

And the technology tested in Yugoslavia has more than once faithfully served the West. According to it (with some peculiarities, of course) both Maidan in Ukraine, a coup in Georgia, Kyrgyzstan, Moldova were organized, as well as events that received the name of the “Arab Spring” and resulted in a lot of blood ...