And as soon as the corrupt officials survive? ..

October 6 2015
81
The other day, the 16 anniversary of its inception was marked by a public structure called the National Anti-Corruption Committee of the Russian Federation. In connection with the next birthday of the committee, as well as in connection with a series of high-profile corruption cases, both former and current officials (including representatives of the governor’s corps) became involved in it, I wanted to know more about what the committee is saying today that breathes, and in general, all that in terms of the details of anti-corruption work, which may be interesting to the reader. 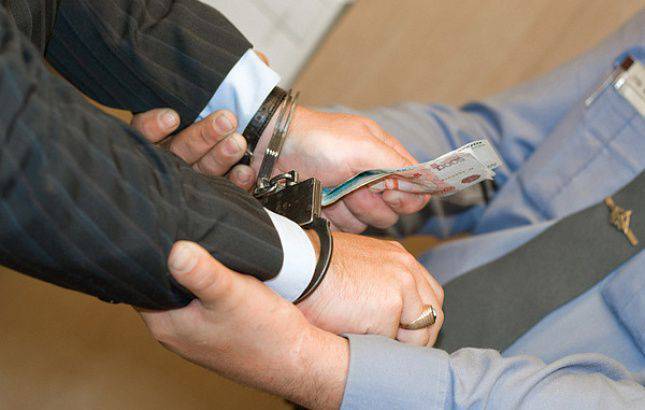 However, the first attempts to find at least some information about the activities of the National Anti-Corruption Committee on the Network were in vain. There is simply no such information on the site ... And there is none, since there is no site ... Simply, the committee decided that having a website of its own with reports on the work done for such a structure is superfluous.

The argument of why the National Anti-Corruption Committee, which states that its first task is to “consolidate the forces of civil society to fight corruption”, decided not to bother about creating its own information platform, was even more surprised.

Here is a quote from Wikipedia (for nowhere else was there any explanation for this):

The committee does not have an official website on the Internet and has no certificates of members of the committee. These are precautionary measures against scammers.
Suddenly ... According to this logic, it turns out that any structure (including a public one) that has its own website on the network automatically becomes the target of fraudsters? The logic is all the more surprising given the way the organization’s work on
Online RAPS:
The National Anti-Corruption Committee is a public organization open to anyone who is willing and able to fight corruption in all its forms, and whose previous activities do not allow to cast a shadow on his reputation.

Open to all? Does this mean that if any of the Russians have facts about the commission of corruption crimes by officials, then they need to send “Mail of Russia” letters to the address: Moscow, Nikoloyamskaya, 6? And it's better to come by yourself and wait under the door ...

However, the network still provides a chance to “the forces of civil society” to reach the National Anti-Corruption Committee through social networks. It would seem that social networks in the absence of an official website can also tell a lot about the activities of the committee, but not everything is so simple. In particular, the committee declares that it has a microblog on Twitter, which leads link. For those who are too lazy to press, it is necessary to inform that when the user transitions, he encounters a remarkable record in all respects:

The user @natanticom (address of the committee's microblog - author's note) has not written anything yet.

This is more than 2,5 of the year the anti-corruption committee of this information platform! ..

But for people who still decided to contact the committee, the chance remains. It turns out that the only place where you can find out information about the activities of this structure is Facebook и In contact with. At the same time, not so much reports of the organization are published on social networks, as are statements by the head of the committee, Kirill Kabanov, already published in the media.

As an example of anti-corruption activities (from Izvestia):

The chairman of the National Anti-Corruption Committee, Kirill Kabanov, noted that in the Federal Agency Rosavtodor, the system of public control is developing much more slowly than in the state-owned company Avtodor.

Or (from Kommersant):
There is a fight against corruption. The president warned regional leaders first at a meeting in January, now he warned him a second time.
But perhaps, in other anti-corruption organizations, in terms of information, is the situation more serious? For example, consider the National Anti-Corruption Council of the Russian Federation (NAS of the Russian Federation). This structure, unlike the National Anti-Corruption Committee, has your siteHowever, the information content is not smooth either. The site has a phone and an email address (feedback), but for some reason the feedback did not work ... Apparently, the non-working link to the email (as a type of feedback) is somehow compensated by the president’s photograph and two photos of the prime minister with their quotes about fighting corruption ... What attracts attention on the site is a list of several dozen other anti-corruption organizations operating in our country. Here are just a few of the structures from this extensive list:

All-Russian public organization "Public Commission on the fight against corruption"

Subcommittee on Anti-Corruption Issues in the Russian Federation

In a number of cases, the websites of organizations are indicated, which even tells how the teachers were told the Novgorod teachers about the harm of corruption activities ... They didn’t tell the deputies and other representatives of the bureaucracy, and they began to tell the teachers - they didn’t want to take expensive gifts from students on your professional holiday ...

As a result, there is only one question: how with such a number of structures, centers, departments, sub-departments, commissions, subcommittees that call themselves anti-corruption, in our country do corrupt officials still “survive”? .. Well, how? ..

Ctrl Enter
Noticed a mistake Highlight text and press. Ctrl + Enter
We are
Results of the week. “I will tell you one clever thing! Only you do not be offended! "Wounded Gorlovka celebrated the tragic anniversary
81 comment
Information
Dear reader, to leave comments on the publication, you must to register.