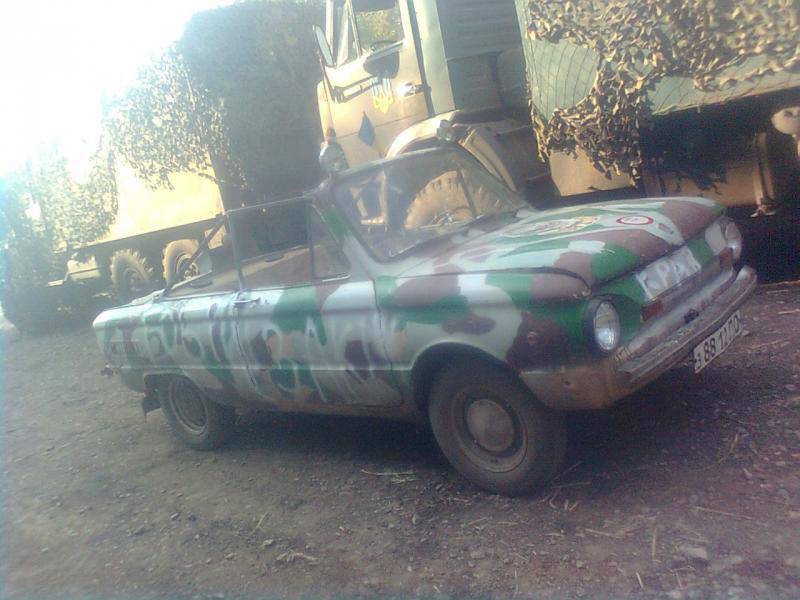 The Ukrainian Foreign Ministry expressed sharp concern about Russia's actions in the Middle East, accusing it of undermining the existing world order. President of Ukraine Petro Poroshenko said that "Putin is trying to regain his influence in big politics. Having suffered a defeat in the Donbass, he is trying to go there from the back door - from Syria. Putin did not join the global coalition, and he took the side of the terrorists. Russia in another since it continues to be a sponsor of terrorism, and the world is shocked ... "

In such circumstances, Ukraine will assist the rebels, who have been subjected to Russian air aggression, opposing the bloody regime of Bashar al-Assad. The rebels showed the greatest interest among all the huge line of modern weapons produced by the military-industrial complex of Ukraine to the Ukrainian Zaporozhets ZAZ-968M, several samples of which successfully passed military tests in Syria. Prior to that, several prototypes of such cars had time to be noted during the antiterrorist operation in the Donbass. 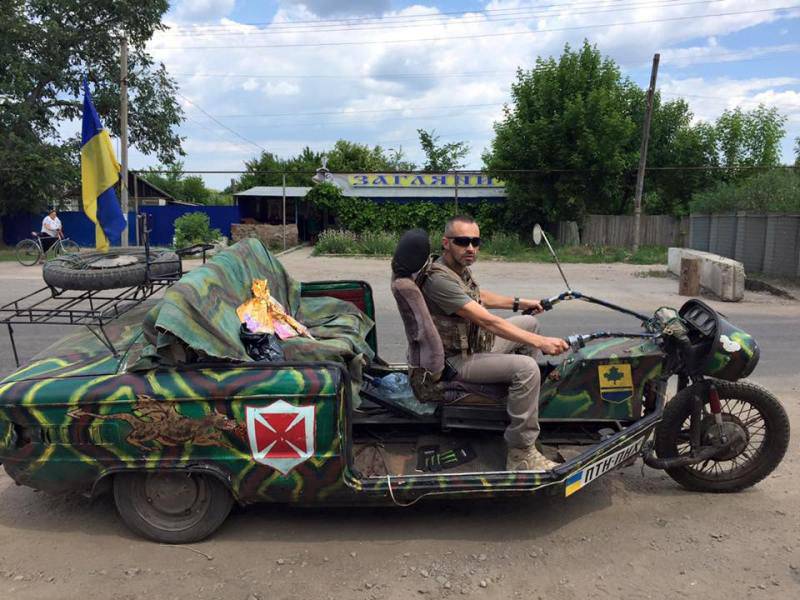 The fact is that because of its small size, it is very difficult to find this unique means of transportation in the desert even for the most modern means of air and space reconnaissance. And the air-cooled engine installed on the ZAZ-968М makes this machine a truly unique tool for waging war in the Middle East, since it does not require liquid for its cooling.

The rebels say that for all other brands of equipment that they use, they have to look for water or even use the waste of their vital activity. "Zaporozhets" is completely devoid of this disadvantage, for which he received from the rebels the honorary nickname "Ukrainian camel" or "Ukrainian camel".

Some vehicles will be equipped with installations for launching NURS - unguided rockets, as well as machine guns of the AAC, “Fort-401” and (or) anti-tank and anti-aircraft missile systems of Ukrainian production.

However, the design of this unique car has another unique feature for ISIS - the rear engine location and the front trunk location, which makes it possible to place in it up to 150-200 kilograms of explosive and, therefore, dispense with a simple push-pull fuse.

In this regard, the rebels gave preference to the Ukrainian car, since it is the most adapted for the actions of martyrs.

It is also important that some vehicles will be supplied in the "A dirty bomb", or "Brudna (dirty - Russian) bomb" configuration, which will greatly increase the effectiveness of the shahids.


The order of the rebels for the supply of Zaporozhtsev ZAZ-968М entered Ukraine very opportunely, as it will not only provide orders for the Zaporozhye Automobile Plant, which had almost completely ceased operations several months ago, but also began the process of mass disposal of nuclear waste in Ukraine.

As you know, having refused to cooperate with the Russian Federation on the supply of Russian nuclear fuel, Ukraine faced problems of its utilization, as well as recycling of assemblies of the American company Westinghouse Electric Company, which are now being supplied to Ukrainian nuclear power plants. Although it was decided to build, together with the United States, a storage facility for spent nuclear fuel of a dry type at the Chernobyl nuclear power plant, the United States has not yet been able to provide all the necessary technical and design documentation in accordance with Ukrainian requirements.

In this regard, Ukraine is faced with the problem of disposal of nuclear waste, which, due to the Russian aggression in the South-East of Ukraine, was simply nowhere to send. In addition, the Ukrainian Energoatom is in an unprofitable state and is unable to finance the construction of a new storage facility.
All budgetary funds that were previously allocated for these purposes are properly utilized.

Deliveries of "Zaporizhtsev" will be of great importance for strengthening the position of Ukraine in the international arena, as it will allow to actively resist Russian aggression not only in the South-East of Ukraine, but also help fighters against the Assad regime in Syria.