October 6 2015
44
What can threaten a person who is in the (military) stock today if he ignores the agenda of the military commissariat, which calls him to undergo military training? If a person called up for military training did not receive a subpoena (declared non-receipt) - she did not sign in the corresponding column of the “book of reservists”, then the sanctions from the state can be called not just liberal, but simply ridiculous. Such a person expects a fine in the amount of (attention!) 500 rubles. In other words, a person (well, if we speak only about irresponsible representatives of the society), who is in reserve and called for fees, is enough to pay a fine of 500 rubles for today, announcing that he did not receive any agenda, because registration, and from fees "hang out".


A harsher punishment awaits the objector to pass the fees, if he received such an agenda from the military registration and enlistment office (officially). In this case, responsibility is defined as for a soldier who evades the performance of official duties. It is clear that in this case the responsibility may be criminal. However, so far in the judicial system of the Russian Federation precedents for criminal prosecution for evading military training did not exist. The fact is that military commissariats representing law enforcement agencies (in the field) are not ready to enter into litigation - what is called more expensive.

How come the military commissars out of the current situation with actual impunity for the “otkazniks” from going through military training? One would assume that there are only a few of these (“mowers”), and all the rest are exclusively conscious citizens, but unfortunately, this is far from being the case. According to the staff of the military commissariats, they are “saved” by the fact that a small number of reservists (7-8 thousand) are involved in military gathering. Military registration and enlistment offices are in a position to provide such a number of reservists at assembly points, however, here too, staff of military registration and enlistment offices have to take certain measures. It turns out that only one reservist from 4-5 can be attributed to the number of conscious ones, and therefore, to attract reservists to the collection of fees, the number of agendas sent to the same 4-5 is higher than the required number of reservists. The military registration and enlistment offices act, as they say, with a reserve: if “extra” comes, they will simply be sent home.

For reference. The list of categories in which the law provides for exemption from the passage of military charges:
Information about those who are exempt from fees:

The existing law states that people in military service may be brought to military training for up to 2 months, but not more than 12 months for the entire time they are in reserve. 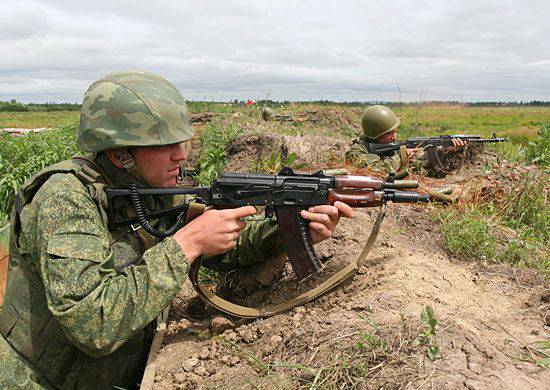 So, according to the newspaper "News", the Ministry of Defense is proposing to introduce a new article of the Code of Administrative Offenses, which will be referred to as “Avoidance for military training”. The initiative assumes that for the reservist’s evasion of military training, he can be expected to be fined from 10 to 20 thousand rubles, and for those who have signed a so-called mobilization contract (a contract for which a person is expected to be in the mobilization human reserve) - and 50 thousand rubles. The number of human mobilization reserve of the Armed Forces of the Russian Federation, according to the latest data, does not exceed 9 thousand people.

10 and 20 thousand rubles are, of course, not 500 rubles, like today, but certainly not the amounts that can really frighten the unconscious part of reservists. But why, in this case, does not focus on the growth of fines to even more impressive values ​​for draft dodgers from military training? The reason is that with the existing state of affairs, a conscious person after receiving the summons will come to the military commissariat himself, but the unconscious will not only ignore the fees, but also the fines with which the court will award him. In this regard, the Ministry of Defense is trying to find, if it is possible to express itself in this situation, the "golden mean" - the amount of the fine is not purely symbolic, but it does not fall on a person’s shoulders either.

But the main thing is not fine. The main thing is that the Ministry of Defense wants to go along the path of increasing the motivation of the population, full information. The defense ministry is going to involve in the leadership of regional recruiting campaigns (and in relation to reservists, too) not ordinary representatives, namely, heads of local governments. We are talking about the governors and the heads of the regions (governors). In other words, the heads of municipalities and subjects of the Federation of the Ministry of Defense intend to attract increased motivation among the population for military service (fees) - whether it is an 18-year-old boy or an accomplished man who served a “deferral” 20 years ago. That is, not only representatives of the defense department, but also local authorities should inform citizens that they are kept at the time of military training, the average salary at the place of main work, plus salary paid for being in a military post, based on the material support of a contract military soldier . In addition, the leaders of municipalities and regions should increase motivation by doing everything so that the employer does not bypass the law, but retains jobs for reservists who are called for training.

The activities of the regional authorities of the Ministry of Defense paid special attention during the recent large-scale exercises Center-2015 and previous combat training exercises. As is known, the supreme commander set before the Defense Ministry the task of establishing contact with regional authorities in order to verify the possibilities of mobilization. Official data on this segment of the exercise were presented very sparingly, but as far as it was found out, the Defense Ministry is not yet ready to put the representatives of the local authorities for their work “in a team” (for conducting the exercises) to a satisfactory assessment. The local authorities have a large field for efforts to eliminate errors and omissions.

Now regional authorities will be more actively involved in the work of a mobilization nature, and this front of work must also become one of the indicators of the effectiveness of local authorities.