October 7 2015
9
Return to regimental structure in aviation The Russian Ministry of Defense immediately determined the list of airdromes subject to restoration and reconstruction, which were considered lost. Readers of VO could see in what condition we got all 24 airfields in the Crimea. At one time, I provided their equipment, and I was bitter to see their deplorable state. For the equipment of airfields and airports in the country was responsible 6 State Institutes of the Ministry of Radio Industry of the USSR, and the lead enterprise was NII-33 (now it is JSC VNIIRA). We will not, within the framework of this article, assess the state of airfields on the territory of the Russian Federation, there is also a lot of work to be done. Let us dwell on the solution to the problem of improving the professional skills of officers of the “Flight Management Group” and “Combat Command”. 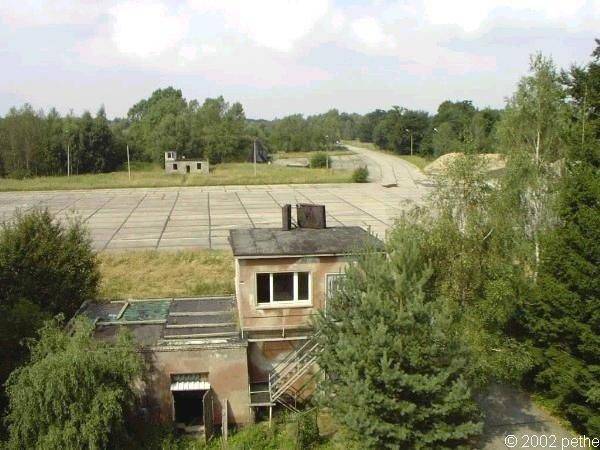 According to the existing instructions and instructions for the aviation of the Russian Aerospace Force of Russia, under the “Flight Control Structure” is meant the solution of the following tasks:

- coordination with military units of the interaction structures designated by the Command and transfer to them, if necessary, control of aviation groups;

The equipment of all command and control, spare and launch command posts before 1997 was carried out by the Order of the Red Star of the Production Association “Russia” (St. Petersburg). However, after the liquidation of this Production Association, where more than 12 of thousands of specialists worked, private companies began to perform this work.

The combat crew of the officers of the “Command Post” includes: the operational duty officer; up to 2's combat control officers; dispatcher; meteorologist on duty; tablet player; serving outfit. The “flight control team”, which is located on the KDP, consists of:

The military exercises conducted this year showed an increased skill not only of the flight crews (LE), but also of the members of the Flight Operations Group and the Combat Command Officers. The flying time of LE is already more than 100 hours per year, so the flight control officers have to constantly improve their skills. However, their enhancement of their skills during real flights is not enough; therefore, classes in simulators are introduced into the practice of the regimental level. This simulator, created in the JSC "VNIIRA", is a training and modeling complex "Mark" (TMK). He was adopted for serial supply of the Air Force of Russia in 1995 (Order of the Commander-in-Chief of the Russian Air Force No. 8.08.1995 from 206). The main designer of this TMK is A.D. Filin, his deputy - S.N. Grigoriev. To date, more than 250 sets of these TMK have been delivered to the troops, which are located in the bases of the air units, in educational institutions and in the “Command and Control Centers”.

The composition of TMK on request of the customer is completed with additional modules:

- a module of hardware and software visualization tools for the provision of “Flight Director” training equipment in the management of aviation groups and individual aircraft in the area of ​​the aerodrome and on the runway;

- an automatic training system for preliminary theoretical training before the start of training for the persons of the Flight Management Group and the Combat Command Officers.

The main advantages of this TMK are:

- the reality of the situations created in the simulated airspace in accordance with the approved "Combat training courses for each type of aircraft";

- the ability to control flight crews in real time;

- the possibility of repeated repetition of the selected situation during training to bring it to automatism;

- the possibility of interfacing TMK with all automated aviation control systems;

- safety in working out situations of flight crew management under any conditions, including extreme ones;

- simplicity in the preparation of flight plans, in the areas of responsibility for the selected aerodromes;

In this TMK, the following characteristics are implemented that are not inferior, and even surpass similar foreign TMKs, designed to work with such KDP, UPC as AN / TAW-Z, AN / MSQ, TWR-M, 4052 / AM, etc., whose developers are the firms "Lokomotors", "Cable and Wireless", "Vitroseleniya", "Siera Nevada" and others:

- There are no restrictions on the distance of the airspace;

- the number of simultaneously simulated aircraft to 100, of which are controlled to 48;

- the number of simultaneously simulated aircraft in the landing zone to 8;

- it is possible to simulate direction finding channels, the effects of active and passive interference;

- the possibility of modeling the interaction of aircraft groups, as well as the performance of combat missions in the conditions of fire, electronic and trajectory opposition of the enemy;

- implementation of tasks in one exercise lasting up to 2 hours and up to 200 flight plans;

- implemented the ability to simulate a visual controlled ground and air situation in the area of ​​the airfield;

- modeling of special (on assignment) cases and conflict situations is provided;

- simulated simulation of weather conditions, time of year and day.

Structurally, TMK is made according to a modular principle on the basis of personal computers, united by means of a local network and allowing to model the whole range of possible situations, including extreme ones, in a dynamic air environment. TMK includes:

- 2 workplaces of trainees of the “Heads of the landing zone”, “Near zone”, “Far zone”, “Combat command officers” (in any combination);

- 1 workplace of the “Flight Director” trainee on aircraft control in the airfield area, on the runway and taxiways;

- 3 workplaces of “Pilot Operators”, providing imitation of the interaction of persons of the “Flight Management Group” and “Combat Control Officers” with the “Flight Crews” of the aircraft. Enter control commands to change the air and ground aerodrome situation, play for the adjacent control and service areas. The workplaces are equipped with means of radio and office communication simulation, a visualization system that ensures the formation of a three-dimensional model of the image of a real aerodynamic environment, taking into account the position of the observer in real time. The visualization system in TMK is designed in such a way that at workplaces the dependence on the types of indicators used in the KDP, UPC, ZKP (be it VISP, KSRP-A or any foreign indicator) is excluded. The hardware and software tools and the teaching and methodological capabilities of TMK Marka allow the head of training and trainees to choose and receive the necessary information about the dynamics of the development of a tactical air situation. The TMK hardware and software tools created provide:

- modeling of any radar equipment;

- rapid adaptation of software to changing conditions and requirements during the re-equipment of the aviation of the Russian Aerospace Force and combat control systems;

- simulation of emergency situations on the aircraft in flight.

TMK's capabilities allow the training process to be brought closer to the actual combat conditions and thus maintain the qualification and combat skills of the Flight Management Team and the Combat Control Officers at the required level. On the choice and implementation of a simulated air situation on the effectiveness of training flight control and flight crew control specialists, the capabilities of TMK Mark allow the Combat Training Officers to create a practical training course in accordance with the combat training course of the aviation of the Russian Air Force and potential enemies:

- training in aiming at aerial targets with imitation of the impact of onboard sighting equipment and launching of rockets at various altitudes;

- imitation of the actions of the enemy anti-aircraft missile systems from the established positions;

- training of officers of the Flight Management Group in the period of preliminary preparation for the upcoming flights;

- use of TMK in the preparation of flight tactical exercises and command and staff exercises;

- restoration of practical skills of officers of the Flight Management Group after long interruptions in work, internships of newcomers to some of the officers admitted to flight management;

- modeling of flights conducted in order to display, analyze and identify errors and violations made by students during the flight;

- imitation of weather conditions, highlights on the screens caused by reflections from local objects and active interference;

- a visual image of various types of aircraft from any angle, taking into account their geometrical parameters and external outlines;

- modeling of fog, rain, snow and their intensity in the area of ​​the airfield;

- simulation of flight of flocks of birds along a given trajectory;

- simulation of the impact of the brake parachute during the landing of the aircraft;

- change of season, time of day in the area of ​​the airfield.

During operation at the airport, TMK provides:

- training, training and retraining of persons of the “Flight Management Group” and “Combat Command Officers” in developing skills for flight crews of aircraft in areas of responsibility and combat operations;

- working out the interaction between the individuals of the Flight Management Group and the Combat Command Officers in the process of solving the assigned tasks;

- working out the interaction of “Combat Control Officers” with the Command Point (point of guidance);

- practicing the actions of the individuals of the Flight Management Group and the Combat Command Officers and making informed decisions when special cases or conflict situations arise;

- practicing the practical skills of the “Combat Control Officers” in the eye-pointing at air and ground targets;

- training of persons of the Flight Management Group and the Combat Control Officers when changing the structure of control zones, relocating to other airfields, as well as mastering new types of aircraft and radio technical support of flights;

- training of “Combat Control Officers” in targeting air, ground and sea targets under the influence of interference by the enemy;

- working out the actions of persons of the Flight Management Group in conflict situations at the aerodrome;

- working out the actions of persons of the Flight Management Group in case of failure of ground-based flight support facilities;

- maintenance of the achieved practical skills of the “Combat Control Officers” in the simultaneous targeting of aircraft connections to the target;

- the possibility of use in radio parts for training radar operators training.

The functions of control and monitoring of the actions of trainees are assigned to the training supervisor, whose main tasks are:

- evaluation of the actions of trainees in the management of flight crews in the conduct of hostilities;

- assessment of compliance of the created air situation at TMK with the design and objectives of the operation;

- intervention, hint for the purpose of showing or training in the resolution of situations arising in the process of developing a combat situation.

The assessment is made by the head of training on the basis of personal work experience, the regulations of the Russian Aerospace Force of Russia, and the guidelines of the Practical Training programs. To assist the training manager in assessing the actions of trainees in the process of doing exercises, TMK provides for:

- modes of normal and accelerated run of exercise programs;

- stopping exercise programs with saving information at the workplace of a student and pilot-operator with the possibility to continue training at any time;

- tabular information on the current flight parameters controlled by the aircraft in the far zone, near zone, landing zone and deviations from the trajectory established by the task;

Ctrl Enter
Noticed oshЫbku Highlight text and press. Ctrl + Enter
We are
The price of betrayal or incompetenceMilitary reform as an integral part of the security concept of the Russian Federation: Systematic dynamic assessment
Military Reviewin Yandex News
Military Reviewin Google News
9 comments
Information
Dear reader, to leave comments on the publication, you must to register.