October 5 2015
44
At the end of September, after several years of “tough” talks, the Ministry of Defense of India finally signed an agreement with the US government and Boeing to purchase 22 helicopters AH-64E Apache Guardian and 15 CH-47F Chinook helicopters. The total value of contracts amounted to about $ 3 billion, the blog reports bmpd with reference to Jane's Defense Weekly. 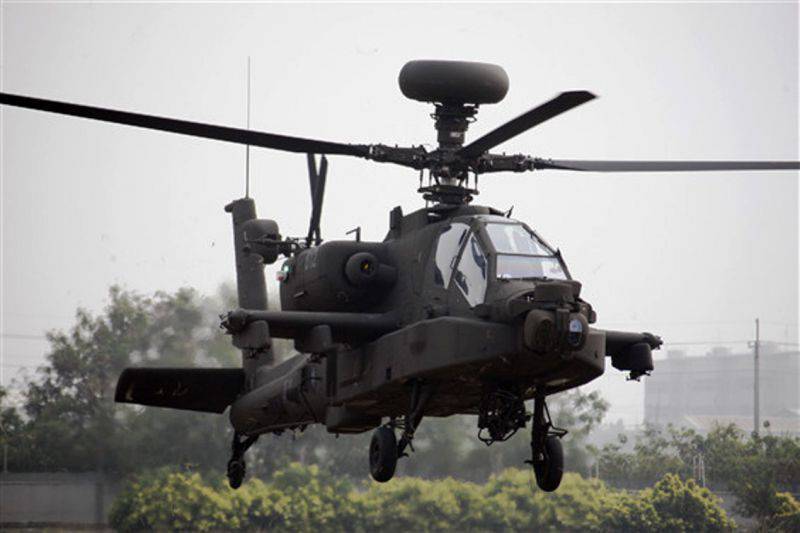 "The contracts were signed under a complex" mixed "scheme involving the purchase of AN-64E combat helicopters directly from Boeing Corporation through the" Direct Commercial Sales "(DCS), and weapons, equipment, spare parts and property to them Government under the agreements in the area of ​​Foreign Military Sales (FMS) ", - writes the publication.

According to the publication, the US government pledged to put "12 Radar AN / APG-76 Longbow, 812 guided missiles AGM-114L-3 Longbow Hellfire and 542 GM-114R-3 Hellfire II, and also 242 FIM-92XXXXXXX missiles. air-to-air option. " In addition, the government line also provides for the training of the Indian Air Force.

Under the terms of the DCS agreement, 30% of its value will be invested in Indian enterprises involved in the execution of the contract as subcontractors. They will produce pylons and stern cargo ramps for Chinook helicopters. One such enterprise will be Dynamatics Technologies in Bangalore.