October 6 2015
117
Syrian President Bashar Assad said that the Russian military campaign in Syria will decide the fate of the Middle East. According to him, the joint efforts of Syria, Russia, Iran and Iraq should bring tangible results in the near future. And one more statement: Iraqi Prime Minister Heydar al-Abadi said he did not object to Russian air strikes against IG positions on Iraqi territory. It remains only to coordinate this issue with the government. 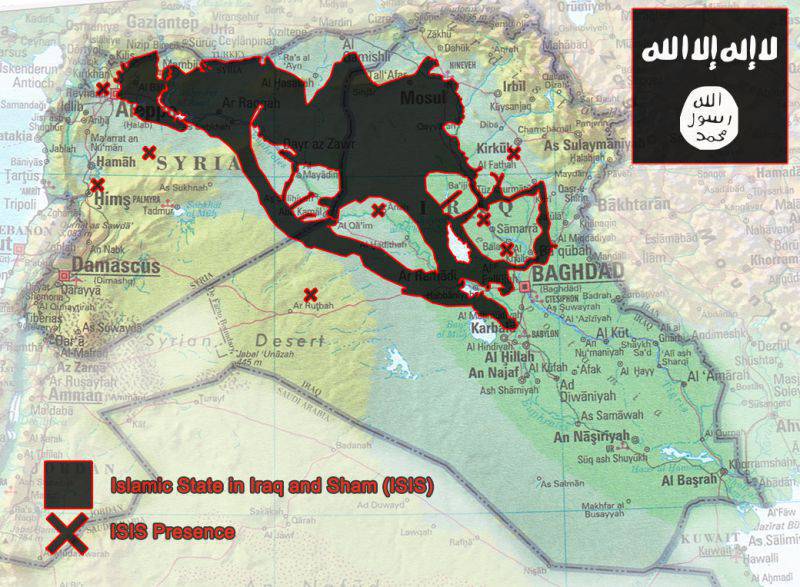 Bashar Assad said: Russia's military campaign in Syria will decide the fate of the Middle East. His words are quoted MIGnews.com with reference to The Jerusalem Post.

According to Assad, the joint efforts of Syria, Russia, Iran and Iraq should bring tangible results: the terrorists will soon be weakened. “This alliance has great chances of success. We must make every effort, otherwise the region will be destroyed, ”comrade Asad said.

At the same time, another statement was made.

The Iraqi Prime Minister Heydar al-Abadi said that he does not object to Russia attacking airstrikes on the positions of "IG" in Iraq after agreeing on the issue with the government.

He noted that “a request for this was sent to Moscow,” reports "Lenta.ru".

According to al-Abadi, making such a request "to all" in order to oppose "IS" is in the interests of Iraq.

Probably, such an “invitation” was the Eastern response to one statement from the Russian side.

We were not invited to Iraq, Foreign Minister Sergei Lavrov said a few days ago. “No, we do not plan to expand our air strikes on Iraq, we were not invited, we were not requested, and we, as you know, are polite people, we will not come unless we are invited,” the newspaper quotes Lavrova Kommersant.

There is also one more Foreign Ministry statement. Ilya Rogachev, Director of the Department for New Challenges and Threats to the Foreign Ministry of the Russian Federation, said that if the Iraqi authorities ask for the operation of the Russian Air Force against IG on Iraqi territory, Moscow will assess the political and military feasibility of such measures.

And here is the third “preliminary” statement - from the above-mentioned Iraqi Prime Minister Heydar al-Abadi. The press called it a “sensation.”

He admitted that he was disappointed with the support of the American coalition: “We are not receiving impressive US military support in the fight against IS.” And right there he pointed out the possible intervention of Moscow. "I recall that" IG "attacked Iraq from Syrian territory, and the conflict with it is fraught with enormous damage: people were killed, abducted, taken into slavery - including women and children, - the newspaper quotes him "Sight". - Therefore, if anyone else joins our fight against IG, we will welcome it. Our message to Russia - I met with Putin - please join the fight against IG. These are dangerous terrorists who are fighting not only against Iraq and Syria, but also against the whole world. The time has come to unite our forces ... We need a broad coalition with the participation of Russia and Iran. ”

Analyst Peter Akopov believes that Russia will not go to the American coalition, and therefore the only option for Moscow and Baghdad is to create a new coalition. This is what the Kremlin suggests: obtain the mandate of the UN Security Council and launch a joint operation against the “caliphate”.

With the start of the Russian military operation in Syria, Prime Minister Abadi is becoming “the main agitator for Putin’s plan to create a new global coalition,” said a columnist in the Vzglyad newspaper.

What shifts can occur in the region during the creation and activation of a new coalition?

"The Islamic State" created a common front in Syria and Iraq, and therefore has the ability to maneuver, said "Free Press" Director of the Research Center "Middle East - Caucasus" Stanislav Tarasov. - Russia's participation in resolving the conflict changes the whole balance of forces in the region. It is clear that the Middle East will not be the same, but no one knows what it will be like. There is a Kurdish factor, no one will predict the behavior of the Syrian opposition, some of whose groups have announced the start of the national liberation struggle against the Russian presence. <...> As for the Iraqi army, it is really weak. Without the help of Shiite volunteers from Iran, she could hardly have kept Baghdad. At the same time, a focal point was established in the Iraqi capital with the participation of the military of Russia, Iraq, Syria and Iran, while the American advisers, who were called to join the work, refused to participate in this format. As we see, a very complex knot is tied in the region. ”

According to the expert, "a lot will be decided not on the battlefield, but on the field of diplomacy."

If the terrorists retreat from Syria, the expert notes, then we should expect complications in Iraq. “Syria and Iraq have become for the“ Islamic state ”interconnected vessels, the war on two fronts gives“ IG ”an opportunity for maneuver,” Tarasov believes.

Forces that have declared war on the Islamists are still operating under different scenarios. And if a common solution is not found (creating a unified coalition with the participation of Russia), the situation will be in the nature of a sluggish geopolitical "schizophrenia," the expert believes.

The president of the Russian Society for Friendship and Business Cooperation with Arab countries, Vyacheslav Matuzov, said “SP” that “IG” can be destroyed rather quickly.

He recalled that "IG" was born just in Iraq, where it captured Mosul and controls the oil fields. From there it came to Syria. As for possible actions in Iraq, there is a coordination headquarters in Baghdad, where a decision can be made on coordination of actions and strikes on the territory of Iraq.

A close relationship between Moscow and Baghdad, the analyst recalled. Russia supplies military equipment there. It is unlikely that the Iraqi leadership will "strictly obey the United States." In addition, Iraq is adjacent to Iran, and that is included in the coalition created by Russia.

The expert also noted that “only Arab formations can win in land operations”; Russia's task is to “just support them from the air.”

As for the flight of terrorists from Syria to Iraq, the expert added that they would be met by Kurdish Peshmerga and the Kurdish Workers' Party.

We will add the creation of a new coalition against IG, and carrying out a number of successful operations against terrorists would allow Moscow to regain to some extent the influence in the Middle East and gain the allies ring that had rallied in the fight against the militants.

Observed and commented on Oleg Chuvakin
- especially for topwar.ru
Ctrl Enter
Noticed a mistake Highlight text and press. Ctrl + Enter
We are
Syria: Bashar Assad comes, and for that he will not be allowed to attend the Olympics in LondonSyria: Americans scare themselves, and Asma Asad buys chairs
117 comments
Ad