October 5 2015
23
In November, tests of the tugboat on the basis of the trimaran construction of the development of the Volzhsky Shipbuilding and Ship Repair Plant will begin. On the benefits of a new boat, created for engineering troops, portal Flotprom told the deputy director of the Group of Companies "Vega" Pavel Glukhov. 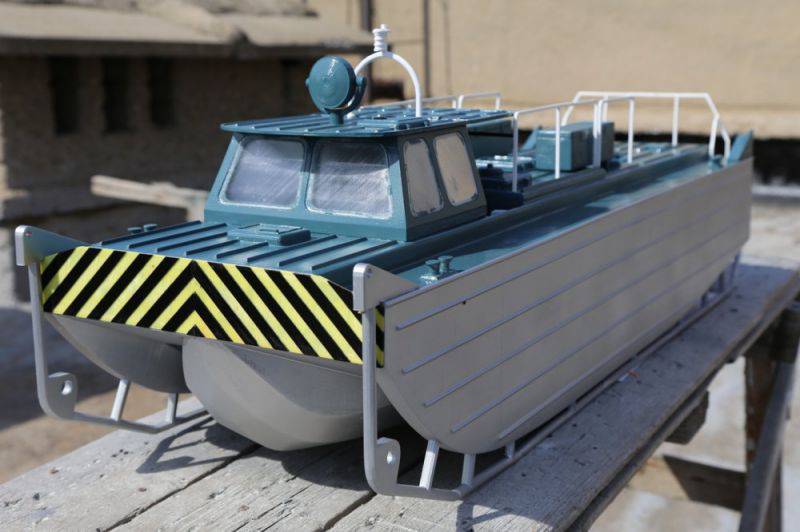 “The tugboat (BMK) was designed on our initiative on the basis of the tactical and technical characteristics developed by the“ Institute of Engineering Troops of the Russian Defense Ministry ”. We designed it specifically for the Ministry of Defense. When the designer of our company began to create this boat, of course, we studied the prototypes existing in Russia - BMK-460, BMK-225, BMK-130, as well as tugboats made in China, Germany, France. Met with those who apply them. After that, we had an idea and as a result we created a boat based on a trimaran. This allowed to improve the basic characteristics of the boat and protect the power unit from mechanical influences. Since the BMC works in shallow water, the previous samples were characterized by “sucking” to the muddy bottom. We have excluded such a phenomenon, because the space between the main body and the sponsons, which form the trimaran structure, is made flowing, ”said Glukhov. 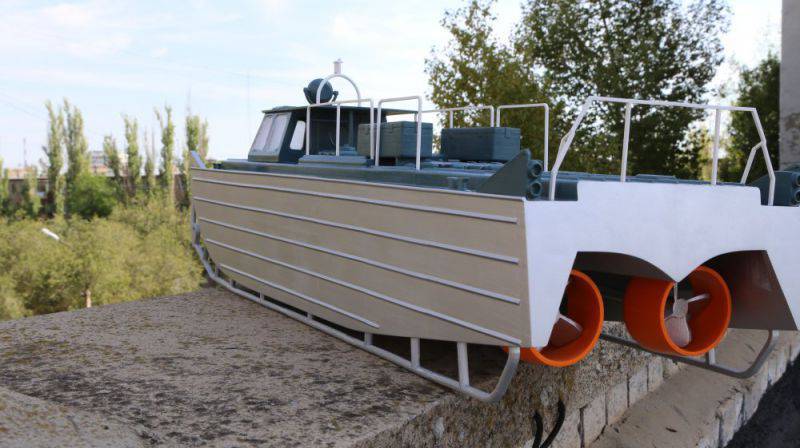 He stressed that the boat is equipped with a domestic engine. “Its power when operating optimally is 550 hp, and maximum power reaches 600 hp The thrust of the screws is 4700 kg, with a slight refinement of the screws, the thrust will increase to 5700 kg. Thanks to the joint work of the designers of the company with the experts of the Technical University of Volgograd and the Balakovsky Plant. Mom's were created compact and lightweight gearbox, which allowed to keep the mass of the power unit within 1,5 tons. Through the use of rotary steering rotors allows you to control the thrust vector. According to the mathematical modeling, the boat will have good maneuverability, stability and controllability, ”said the deputy director.

The body of the prototype is made of metal, but in the future it is planned to switch to composite materials.

“The floodability of the BMC is ensured by dividing the case into four compartments,” said Glukhov. - The cabin of the boat is made of polymer materials sealed, able to withstand the impact of the shock wave in accordance with military requirements. It is designed for two people, one of whom manages a watercraft, and the second works with ferries and pontoons. ” 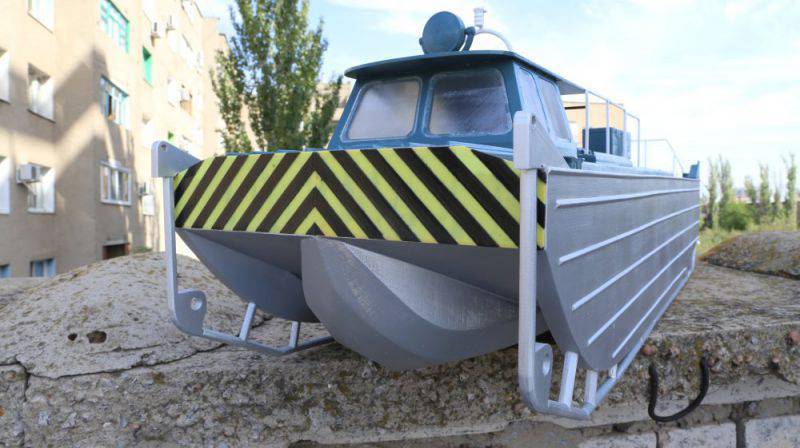 The boat has air filtration equipment for working in the contaminated area. Overview provide two cameras mounted in the bow and aft.

“Already in the process of construction, his other possible uses were also revealed, not only the military. For example, it turned out to be very useful, oddly enough, for the Ministry of Agriculture in the land reclamation system. It is necessary for him and the Ministry of Emergency Situations where natural disasters associated with floods, river floods occurred. Delivering a ship there is not always possible. This boat is transported very easily on domestic cars such as KAMAZ or KRAZ. Able to move cargo, direct ferries, transport people, be an ambulance, fire, anyone. Another advantage is the system for connecting with pontoons, made in a flexible version in contrast to the rigid coupling used in older models of towing and motorboats, ”he explained. 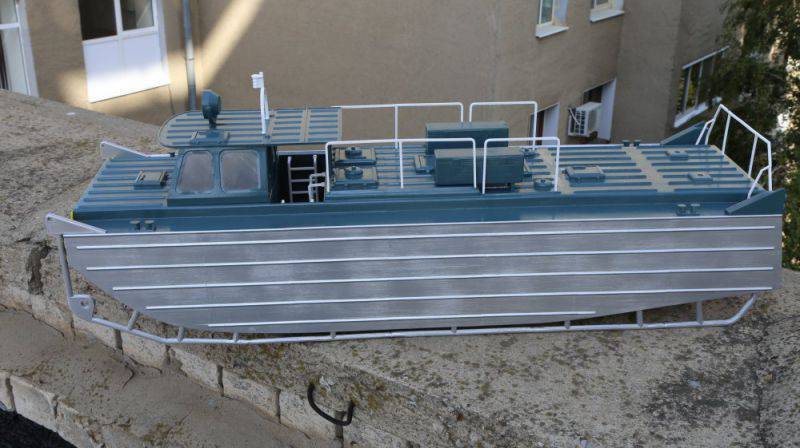