Media: in Ukraine in a military unit tank exploded

October 4 2015
71
According to the portal hromadske.tv, on the territory of a military unit in the settlement of Cherkassk (Dnepropetrovsk region). A tank exploded, four soldiers suffered, reports RIA News. 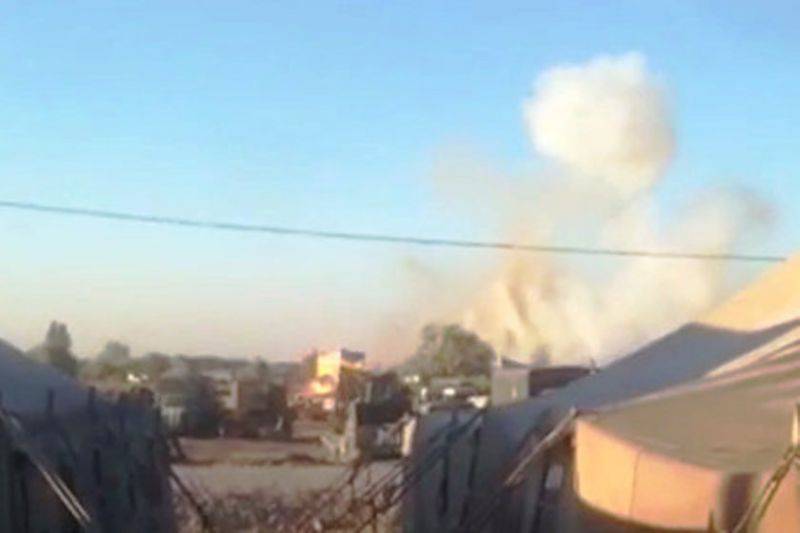 “About five - at the beginning of the sixth hour the tank caught fire. They could not put it out on time, they began to delay the equipment standing nearby - the same Tanksbecause they had ammunition. Later the tank's ammunition began to explode. People scattered around the training ground, as the fragments flew in a radius of about two hundred to three hundred meters. As a result, several guys were injured: they got burned and got shell shock when they tried to put out the car. When the first shell exploded, they were thrown back by a blast wave from the tank "- said an eyewitness to the incident.

According to the soldiers, "the leadership of the unit is trying to" hush up "the scandal." They also reported that “all the victims were hospitalized,” there were no casualties. Causes of fire are established.

Ctrl Enter
Noticed oshЫbku Highlight text and press. Ctrl + Enter
We are
Reports from the militia of New Russia for 1 September 2014 of the year
Military Reviewin Yandex News
Military Reviewin Google News
71 comment
Information
Dear reader, to leave comments on the publication, you must sign in.