What happened to the Ukrainian trousers and European trousers?

October 5 2015
104
I turn on the TV and immediately realize that I am lagging behind the world. I do not follow the events. The whole world is watching, and I turned away. How many Syrian children have already died there at this time from Russian bombardments? I stopped following after sixty, in my opinion. And how many planes have igilovtsy already shot down? I just watched one. Anyway. 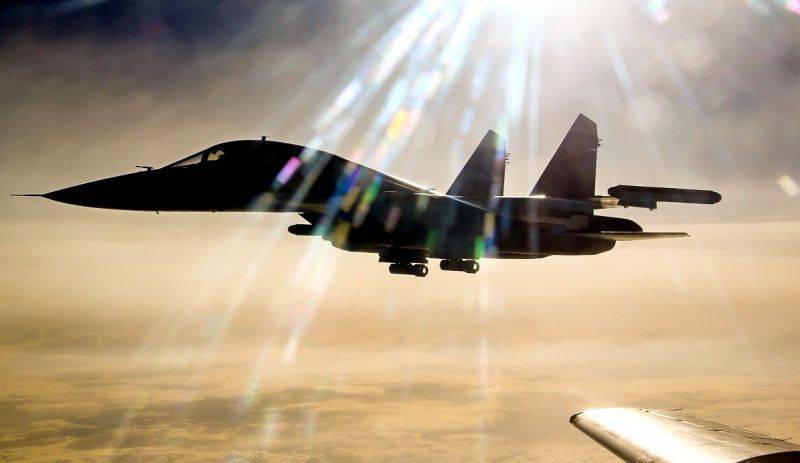 In the Syrian question, I really am not an expert. I know a lot, but only what is in other media. I'm not interested in it yet. Let them analyze international affairs. But Europe and especially our "smaller brothers" are closer to me.

So, Russia nevertheless decided to help the Syrians. Tired of seeing triumphant reports about the bombing of NATO countries, and then immediately about the next captured cities and villages. Tired of daily reading about the losses of our army in Ukraine, about the weakness of the Russian position and other nonsense.

As I understand it, I am fed up with not only me, but also those who solve big problems. The leadership of Russia.

Well done president. I spoke at the assembly on the case, and received permission for military assistance from the UN. Even Obama warned. Well, just do not dig, what a fine fellow.

What happened then? And then the West "got on the forehead." Came on those rakes that diligently laid out on all world lanes. Especially informational. Let me remind readers that according to the western version, the Russian army has been fighting in Ukraine for a year and a half. And the result? Yes, the same as the United States in Syria, or other countries. European and American generals answer philosophically on the question of victories - we fight ...

Well, you wanted to see how the Russian army can really fight? So take a look. A couple of days, and the terrorists screamed. Year of the bombing of Western countries, and silence. And two days that shook the entire structure of ISIS.

West is terrified. It is in horror. But do not think about human sacrifice. For Europeans and Americans, the corpses of Syrian civilians and the corpses in computer games are equivalent. Just think, there are a few more lives.

The horror was caused precisely by very precise, and most importantly, effective blows. One rocket or bomb and no less damage to the enemy. Sorry for some zhlobstvo. Can you imagine the reaction of those who invest in this project? More than one year they dug, supplied equipment, created a harmonious system of counteraction against the Armed Forces of Syria, and suddenly ... Suddenly all this suddenly turned into dust.

And characteristically, the Russians did not tell the Americans and by the way where they would be beaten. The most valuable did not have time to take out. It is so un-American. Yes, and agree with the Russian is impossible. They did not divide the terrorists into good and bad. Not tolerant somehow. Bearish. A terrorist, means must be either destroyed or convicted by the court.

And this is just the beginning. It will not be any further. And everyone understands this. Judging by the accuracy of the strikes, Russian intelligence and Syrian intelligence possess information no worse, and even better than Western intelligence. And the hits will be just as productive. What does it mean?

No matter how they praise the ISIS terrorists, they are bandits. Not on the level of military training. On a moral status, on moral components. And, like any gangsters, they love themselves very much, loved ones. And gangster cherish their skins. Climb in the heroes, especially when you fight for money, stupid. A dead hero cannot use a bank account. And he does not need an account in the next world.

So, in the near future, as soon as the Syrian army begins a land operation, the warriors of Islam will flee, throwing weaponwho where. They will run primarily to friends in Turkey, to the Saudis. Directions are known.

At the beginning of the article I wrote that Ukrainian affairs are closer to me. It seems to be connected blows in Syria and Ukraine. Oh, how related. Straight links of one chain. And near located.

A year and a half, the Ukrainian army has destroyed Russian military units on the pages of the Internet and Ukrainian media. In Buryatia, where all men are tankers from childhood, the male population is almost gone. The Northern Fleet lost its Marines several times. I'm already about the GRU and its special forces and write afraid. Poor geerushniki killed hundreds. And almost daily. The Russian army is so often defeated by valiant Ukrainians that there are no trained soldiers left in it either.

Everything would be good for Kiev. The dog barks, the wind blows ... Only these blows sobered off and the Government of Ukraine. What if Russia really uses the army? Just hypothetically imagine that the site of the LIH terrorists under the bombs will be APU and punitive? What are the options for heroism for these fighters? None Even if only the planes arrive.

In short, we felt Poroshenko and the company in the Square trousers some kind of neoplasm. And, for some reason, ugly flavoring. Where it came from, no one seemed to understand, but it was unpleasant. And the circus began. The circus artists will forgive me.

It is ridiculous, but through the mouths of the same Foreign Minister of Ukraine and the President of Ukraine, the thesis about the war with Russia was repeatedly voiced at the highest stands. It is with Russia, as with the state. Any Ukrainian politician considered it his duty to talk about his exploits in this war. And the president also showed “proofs”.

And suddenly such a demarche. I imagine somewhere in the 1942-43 year someone from the Soviet or German leadership has sent the enemy such a “concern”.

But Europe itself, too, in some places, "got new formations" in its own trousers. Especially worried and smelled in the east of the EU. It was so good before. So suited the position of "Toy Terrier". Barking at anyone you want. You can even bite, if of course the enemy turns away. And in case of danger let the owner understand. And for the “heroic barking” they put an extra piece of tasty food in a bowl.

But after the blows aviation According to ISIS, it turned out that the owners also play the role of toyochki, albeit a larger one. They barked and then wagged their tail. It seems like, for the sake of barking. To know what to eat.

And the armed forces of most European countries are more likely to be toys than really able to fight. There are several petitioners in NATO now with requests. Some, like Bulgaria, ask for help with airplanes. Soviet MiGs completely refuse to fly. Especially after the Polish service. Others, like Baltic monsters, conduct ongoing exercises on their territory and threaten to purchase Tanks.

In short, today it is sweeping from the west and from the southwest. But what is characteristic, the smell of Ukrainian trousers and European trousers is strikingly similar. And these odors arose almost simultaneously.

Russia, with its air strikes in Syria, has not only knocked down arrogance from terrorists. Not only put the American and European warriors in an indecent position. But she picked a dried crust from a large pile of old European "neoplasms". Now, no matter how hard you try, ignoring the "handful" will fail. It is necessary either to clean or to get used to live with the new flavor.

Ctrl Enter
Noticed a mistake Highlight text and press. Ctrl + Enter
We are
A great interview with Sergey Lavrov: about Ukraine, Obama and IranWhat you didn't want to know about England
104 comments
Information
Dear reader, to leave comments on the publication, you must to register.