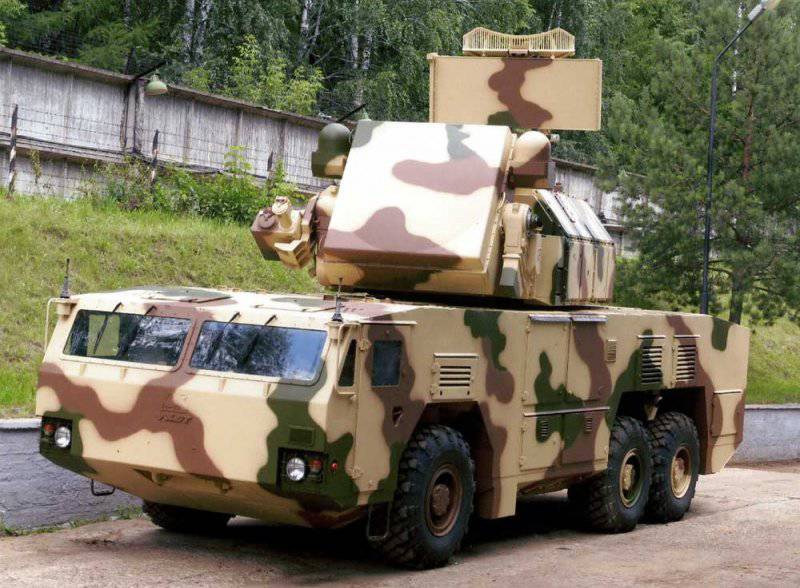 At the beginning of the 70-x, the military was faced with the issue of improving the military air defense. The existing Shilka already had an unsatisfactory range, and it was necessary to do something. As a further development of the Shilka, the Tunguska complex was created, having not only larger-caliber guns, but also missiles. However, the development of means of attack, such as adjustable bombs or cruise missiles, required a review of views on the defense of troops and objects.

In addition to the Tunguska missile-gun, it was necessary to create a purely short-range anti-aircraft missile system. Its main goal is to accompany the troops on the march and, if there is such a need, to cover stationary objects from air attacks. The creation of the air defense system was assigned to the Moscow Scientific Research Electromechanical Institute (NIEMI); the development of the rocket took MBC "Torch". And already in 1986, the TOR missile system was put into service. The new self-propelled air defense missile system, like the Tunguska, received ammunition of eight missiles, but the Torah 3М330 SAM has a larger radius of destruction - up to 12 kilometers against eight from the Tunguska. Also "Thor" has a greater height of destruction of targets - up to 6 km.

The tracked chassis of the GM-335 Minsk Tractor Plant was chosen as a running gear for the “Torah”. As in the case of “Shilka”, the missile system should have been able to accompany the troops on the march, including on rough terrain. Even at the stage of creating the appearance of the air defense missile system, the technical requirements eliminated the requirement to swim over water barriers: in this case, the complex would have turned out much more complicated and expensive. Characteristic features of the "Torah" were the vertical location of the missiles and the rotating "tower" - an antenna-launcher that carries two radar antennas (target detection and guidance stations), and there are vertical launchers for eight missiles.

At the end of the 80-x was upgraded complex. In addition to the updated equipment, Tor-M1 received a new transport and launch container under the index 9Я281 for missiles. Now they were loaded not one by one, but “packages” of four. Due to the new TPK, it was possible to reduce the reloading time of the air defense system to 20-25 minutes. Also on the basis of the 9М330 rocket 9М331 was created: it received a new warhead and some design improvements.

From the beginning of the 2000-x, work is underway on the next modification of the “Torah” - “Tor-M2”. Once again, the composition of the electronic equipment of the complex was revised. The main goal pursued by the designers was to ensure the work of the air defense missile system in the conditions of electronic countermeasures, including the attack of targets with low ESR. For this, Tor-M2E received a number of new equipment modules (the exact replacement structure is naturally classified), a slotted phased array and a new software for the target detection station. The list of potential targets of Tor-M2E now includes not only airplanes and helicopters, but also high-precision weapon (rockets and bombs), unmanned aerial vehicles, etc. So, for attacking targets, not two channels are now used, as in Tor-M1, but four, and the height of target destruction is increased to 10 km.

The composition of the "Tor-MNNUMX" as follows: 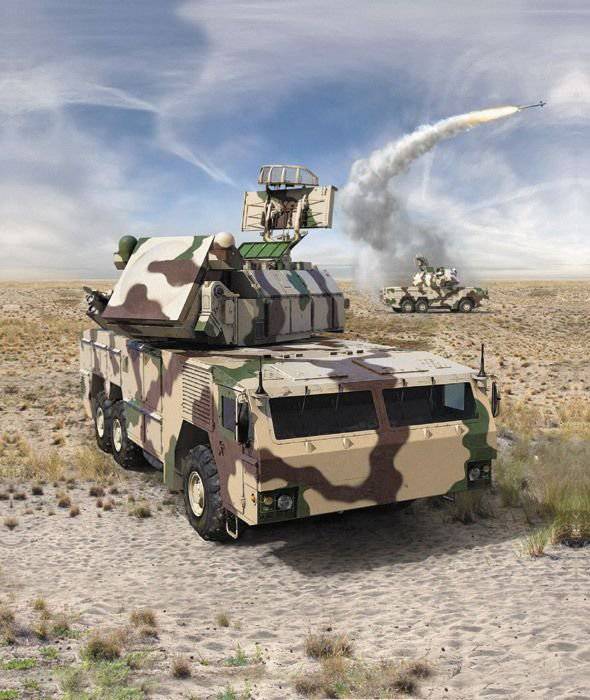 - fighting machine. Either 9А331М on a tracked chassis, or 9А331МК on a wheeled MZKT-6922. Both running gears are made at the Minsk Tractor Plant. At the same time, the "tower" with launchers and radar antennas, as well as equipment, are completely analogous.

- The anti-aircraft missile module 9М334, consisting of a container, four 3М331 missiles and two special beams for connecting it with other containers. The 3М331 rocket can hit aerodynamic targets flying at speeds up to 700 m / s and maneuvering with overload up to 10 units. To counteract the "dances" of the target, the rocket can maneuver with overload up to 30 units. The rocket is launched in a mortar manner, and at a height of about 15-20 meters, its cruise engine is launched. Also, the engine can be turned on 1 a second after the missile is ejected from the TPC or if the missile deviates from the vertical by an angle of more than 45-50 °.

The equipment of the combat vehicle allows detecting, identifying and tracking targets both in the parking lot and on the move. To launch a rocket, in turn, you need to stop the machine. After the launch of the Tor-MXNUME rocket, it can start moving again and catch up with the escorted unit. At the same time, Tor-M2 can “see” 2 targets and accompany ten of them, simultaneously identifying their danger. To improve the efficiency of work, Top-M48E has a so-called. pipeline mode of operation: one target channel is used to attack one target; As soon as a rocket is launched from the ground at the target and hits it, the channel can be instantly switched to another attack. Thus, Top-M2E has more opportunities to repel the enemy’s massive attacks than its predecessors. 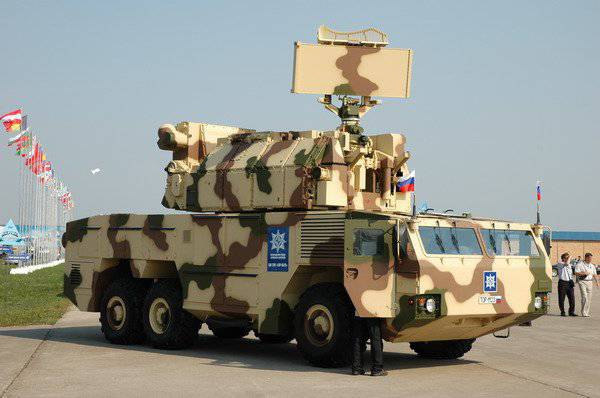 Another innovation Tor-MXNUME concerns the interaction of combat vehicles. If necessary, two cars can be combined into a link and share information about the goals. In other words, another one immediately recognizes a target detected by one machine and vice versa. Also, the "link" mode allows you to distribute the surrounding space between two machines and, as a result, to provide a more effective cover for the object. In addition, a rocket fired by one machine can be induced at the target by means of the second complex. In addition to collaboration, the “link” allows you not to get out of the battle with a car with a damaged target setting station - in this case, all the necessary information will come from another “Torah” consisting of the link.

Due to the large automation of equipment, the crew managed to reduce the crew from four people at the “Torah” to three at the “Tor-M2E”.

For the first time, the general public learned about the "Tore-MNNUMX" at the MAKS-2 air show, and the complex was adopted by the Russian army in the following year. The last modification of the Torah has also interested foreign countries: a contract has already been signed with Belarus for the ZRK division, and the contract with Libya from 2007 of the year seems unlikely to be fulfilled for objective political and economic reasons.