Three destinies of 637 pilots of the assault regiment

October 12 2015
1
There are different school museums of Battle Glory. Many are created for show, there and the work is being done the same way. But now it will be a question of the 28 museum of the Lipetsk school - absolutely present and really working. It was created by his teacher of Russian language and literature, Galina Karnoza, and she still directs it (I bring her photo). 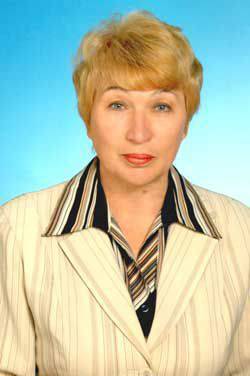 Born more than thirty years ago, the museum was initially only dedicated to stories 637 of the assault order of the Ternopil Order of Kutuzov and Bogdan Khmelnytsky Aviation Regiment. This regiment was part of the 2-th Air Army, was formed and was based on the territory of the current Lipetsk region.

It turned out to be difficult for the military pilots to travel from Yelets to Berlin itself. And the search path of the guys and Galina Viktorovna became difficult. They dreamed of bringing together fellow soldiers, the survivors. And to the dream "put" the case. They recorded the memories of the fighters, searched for information in newspapers and archives, wrote letters to the address bureaus, to the archives of the USSR Ministry of Defense ...

And so 9 May 1982, the museum opened its doors. On this day, veteran pilots and their relatives from Moscow, Vinnitsa, Kursk, Kiev, Kharkov, Kaluga, Odessa arrived at the school ...

Today the history of the 637 regiment is only part of the exhibits of a large, painstakingly created museum. But what a piercing part is! I'll tell you about the fate of only three pilots. I, frankly, they just shook.

The second birth of the girl Nina

Andrei Makarov, the navigator of the aircraft "IL-2", during a lull was located near his airfield. And suddenly I heard a baby crying.

In war, tears are a familiar matter, a new joy. But, apparently, the heart of the young navigator did not harden. He went to the voice and soon noticed a little girl. One, in a tattered dress, she crawled along the road, without ceasing to cry. So are the children: fear, misfortune - they are in tears. And here fate itself ordered the baby to cry, fear of the past gave the key to the future. Had she not been saved.

Andrei guessed: the girl was crawling from the railway, where the Germans had bombed the train. Only she survived. Little, hardly turned three years old, and what grief has already come ...

Andrei took the child in his arms, carried him to the location of the regiment. But at this point did not put. I asked for the commander and took the baby to Kaluga, to my parents. He decided to adopt the girl and already called her Ninochka. Of course, before the girl was called differently. But now there was no one to indicate her former name, surname, birthday. And the baby became Ninochka, born again on that terrible and at the same time saving day for her.

Then Makarov returned to his regiment. He liberated Ukraine and Poland, while his mother, father and daughter were waiting for him at home. Yes, they did not wait. Andrei Nikitovich shot down in an unequal battle.

Nina grew up, graduated aviation Institute and works in Kaluga. She came to Lipetsk nine times and told the Lipan children this story herself. Of course, Nina does not remember either her own parents or dad Andrey. She saw him for only a few days, but considers navigator Makarov to be his father. After all, if not for this meeting, Nina would not have been born a second time into the world.

The escape from the fascist camp by the five brave ones failed. The fascists followed the dogs, hounded them and returned to prison. The law of the German beasts was simple: to keep prisoners on fear. Tried to escape - let's arrange a demonstration hanging. Let the rest "look into the future."

What kind of cowards you need to be in order to play marked cards and threaten at the same time! Hungry, exhausted, sick - against healthy, well-fed, with weapons and dogs. Everything was taken from our prisoners, except for the strength of the spirit. And she alone outweighed everything the Germans had. While the enemies were building the gallows, the Russian soldiers made a tunnel and fled again. We reached the Danube itself, it remained only to swim across to the other side. And here they were overtaken by a fascist patrol. The men turned back, hid in one of the barns of the village. The Hungarian railway workers, having learned about it, supplied them with weapons. The patrol overtook them again, one of our fighters died in a shootout. Four managed to leave. They ran into the house of Gula Jozsefne, a young woman. Hid under the bed and in the closet. And Gula had a baby son Laszlo in her arms, the other, a little bit older, was holding onto her skirts.

The Nazis broke into the house. And Gula, to drown the breath of the fighters, began to pinch her baby. Laszlo began to scream. And the fascists, who played only marked cards, simply did not think that a woman with two kids had time to hide four men she didn’t know. They could not think of it and left.

Gula 21 hid the day in the well of our soldiers. I let them down on the rope food. The whole village knew about it, but not one has betrayed it. And 26 December 1944, the village was liberated by our troops.

Among these four was the regiment's pilot 637, Alexey Ivanovich Pantyukhin. 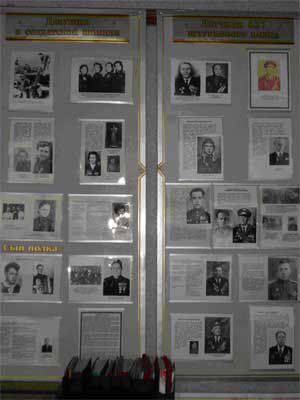 The son of the regiment

When the war began, Muscovite Misha Stepnov was 13 years old. My father went to the front, and soon came the funeral. Mother seriously ill, and Misha went to look for his uncle. So he got into the 637 regiment and became his son. Helped with the housework, at the airport. They loved Misha: he didn’t run away from work and played great accordion. Women sewed his uniform. So, together with the regiment, and reached, more precisely, Vanya Solntsev-Misha Stepnov flew to Berlin itself. I met our Victory there and decided to perform at an improvised concert. He took the button accordion and played Katyusha. The fighters gathered around, clapping, shouting bravo ...

And suddenly, in the midst of general merriment, a captain jumped out of the crowd.

... Just think: the father whom Misha considered dead, found his son. He heard his playing on the accordion! And where - thousands of kilometers from Moscow! But he could have been at that moment on another street - and they would not have met.

And Andrei Makarov, that day and hour, could simply fall asleep after the fight — and Nina would not have become Ninochka and probably would have died. And Gula could have been at that moment at the neighbor - and the four prisoners would not have been the gallows.

Galina Karnoza could also only explain to the children new topics on the Russian language and literature. Set homework, check notebooks. Would not ignite their students. There would be no museum. The brother-soldiers who had found each other would not have met each year at school No. XXUMX. Not transferred to others the memory of the war. AND?..

We are in Yandex Zen
Belarusian wonders. Is the museum easy?
Soviet aces on Lend-Lease fighters. Part Z. "Cobra"
1 comment
Information
Dear reader, to leave comments on the publication, you must to register.