Washington may increase support for Syrian rebels fighting with ISIS

October 3 2015
110
Washington is considering expanding the support of thousands of Syrian rebels to help them oust the Islamists from the areas of the Syrian-Turkish border, reports RIA News Reuters report. 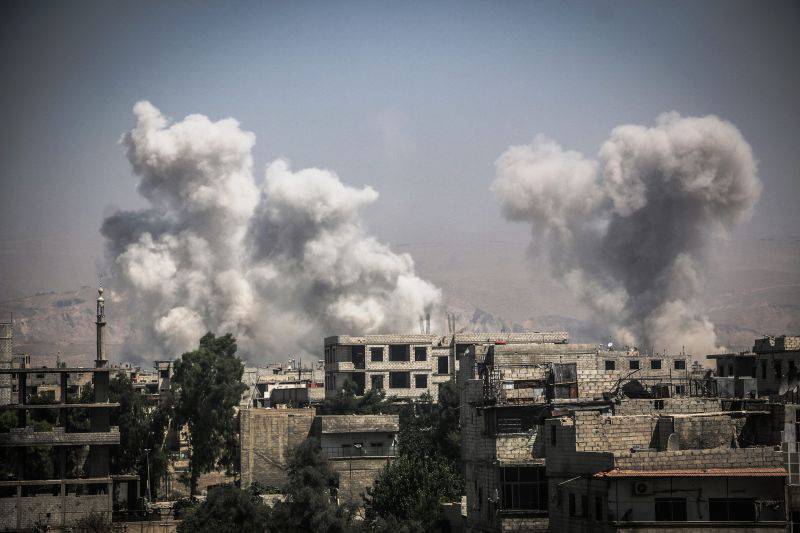 According to the agency, the proposal, which is under consideration by the United States and Turkey, implies "providing support to the united group of Arab rebels, which will also include representatives of other ethnic groups."

According to sources, the publication, "this decision will be made as part of a large-scale review of the support that the United States is having moderate opposition in Syria."

The interlocutors said that "the number of potential recruiters could reach 8 thousands." Support measures for them, “may include air strikes against their opponents, the supply of equipment and weapons».

The publication notes that information about the change in the course of Washington appeared amid the appeal to Obama by a group of senators who called on him to cancel the training program for fighters of moderate opposition because of its ineffectiveness.

Ctrl Enter
Noticed oshЫbku Highlight text and press. Ctrl + Enter
We are
Press Service of the Ministry of Foreign Affairs of the Russian Federation published the full text of the agreement with the United States on Syria
Military Reviewin Yandex News
Military Reviewin Google News
110 comments
Information
Dear reader, to leave comments on the publication, you must to register.