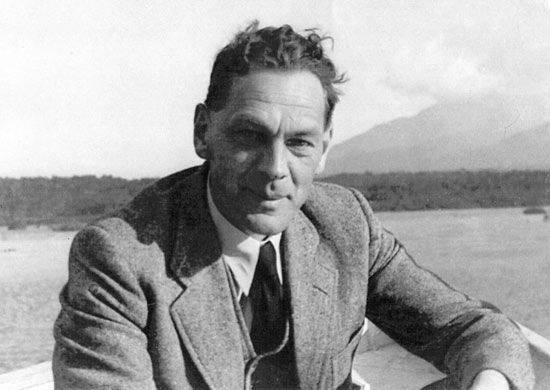 120 years ago, 4 October 1895, was born one of the outstanding intelligence officers of the century, Hero of the Soviet Union Richard Sorge. He had an amazing life, because he began his life journey as a soldier of the German army, participating in the First World War, fought against Russia. In the 1920-ies became a citizen of the USSR. In 1925, he joined the VKP (b). At the same time became the agent of the Intelligence Agency of the Red Army.


It was he who, working in Japan under the code name Ramsay, reported the approximate date of the attack of the Third Reich on the USSR. He warned Moscow that in 1941 Japan would not declare war to the Soviet Union, which contributed to the victory in the Great Patriotic War. October 18 1941, Richard Sorge was arrested by Japanese police and sentenced to death. 7 November 1944. The Japanese executed a Soviet intelligence officer.

The future great scout Richard Sorge was born on October 4 1898 in Baku. His father was the German Gustav Wilhelm Richard Sorge, who was engaged in oil production at the Nobel company in the Baku fields, and his mother was a Russian woman Nina Stepanovna Kobeleva, from a working family. The Sorge family had 9 children. Interestingly, Richard's great-uncle, Friedrich Adolf Sorge, was one of the leaders of the First International, an assistant to Karl Marx.

At the end of the 19th century, a large family of Sorge left Russia for Germany. Settled in a suburb of Berlin. Richard studied at a real school. In 1914, Richard joined the German army as a volunteer and took part in the First World War. He participated in battles on the Western and Eastern fronts. On the battlefield was wounded three times, almost died, remained lame for life. For his bravery, he won the Iron Cross. In 1918, he was dismissed from military service for disability.

The war awakened his “left” roots. “World War ... had a profound effect on my whole life,” he wrote. “I think that whatever influence I may have had from other various factors, it was only because of this war that I became a communist.”

Richard was a very clever and talented man, he studied a lot. In 1918, he received a diploma from the Friedrich Wilhelm Imperial University in Berlin. After demobilization entered the Faculty of Social Sciences of the University of Kiel. Then he enrolled in a university in Hamburg and received a doctorate degree in state and law. 1919 received a degree in economics. During this period, he was a participant in a number of speeches by left-wing forces who tried to organize a revolution in Germany, was a propagandist, and also worked as a journalist. He became a member of the Independent Social Democratic Party, and then the Communist Party of Germany.

Shortly after the ban of the activities of the German Communist Party, Sorge, with the approval of the party leadership, in 1924, he ended up in the USSR. Here the fate of Richard Sorge made a sharp turn. The young communist joined the VKP (b), received the citizenship of the Soviet Union, and was hired by the Comintern. Promising young man noticed, and he was recruited by the foreign intelligence service of the Red Army. Five years working in the residency, Sorge on the line of the Comintern was sent to China. In China, he was responsible for organizing operational intelligence activities and creating a network of whistleblowers.

In 1933, it was decided to send Richard Sorge to Japan, where he arrived on 6 in September 1933, as a correspondent for the famous German newspapers Bursen Courier and Frankfurter Zeitung. Two years later, the "journalist" Sorge received official permission of the Soviet intelligence service to work for the Germans. As a result, Sorge became a double agent. In the Japanese Empire, he was considered a staunch patriot of Germany, an employee of German intelligence. The Japanese knew that Sorge was a scout and followed him closely. The German roof for a long time allowed Sorge to act against Japan.

The closest associates of Sorge were a Japanese journalist, communist Hotsumi Ozaki and radio operator Max Clausen. Later they were joined by journalist Branko Vukelich and artist Yotoku Miyagi. When military attaché Eugen Ott became the German ambassador to Japan, Sorge was given the position of spokesperson for the embassy, ​​which allowed him to gain access to the most secret information that the Germans owned. Intelligence from an agent under the code "Ramsay" flowed through Shanghai and Vladivostok to Moscow.

In 1937, the town of Sorge and its residency in Moscow were planned to be recalled and destroyed. This decision was nevertheless canceled. However, Sorge remained under suspicion. There was a suspicion that he was supplying misinformation. The residency was retained, but with a dubious signature "politically inferior", "probably revealed by the enemy and working under its control."

Contrary to the well-known myth, Sorge did not inform Moscow of the "exact date" of the German attack. This myth was created in the USSR to blacken Stalin. A fake with the exact date of the attack of Germany - "22 June", appeared under Khrushchev, when de-Stalinization was going on, and it was necessary to blame Stalin for being "guilty" for not paying attention to intelligence reports, which led to the catastrophes of the initial period of war.

Sorge, like other informants, intelligence officers reported on the impending attack of Germany. However, the dates changed several times and many of them were misinformation, which England and Germany tried to provoke the USSR to aggression. In Berlin and London, they wanted the USSR to attack Germany itself. Then, in the eyes of the world community, the Soviet Union would have looked like an aggressor, against which it was possible to organize a pan-European crusade led by Germany, and possibly England. The US remained neutral. But this idea could not be realized. Stalin did not provoke himself. Britain and the United States were forced, although they were afraid and hated the Soviet civilization, which challenged them, offering their concept of a new world order - a just minority over the majority, free from parasitism, to become allies of the Soviet Union. The enemies of the USSR temporarily put on the disguise of "allies" and "partners" of Moscow.

In 1941, Sorge received various information about the imminent German attack on the USSR from the German ambassador Ott, as well as naval and military attaches. However, the information received by Sorge was constantly changing. In March, Richard Sorge said that the attack would occur after the end of the war with Britain. In May, the intelligence officer pointed to an attack at the end of the month, but with reservations “this year the danger may pass” and “either after the war with England”. In late May, after the early information was not confirmed, Sorge reports that the attack will occur in the first half of June. Two days later, again specifies the date - June 15. After the term “15 of June” passed, the scout reported that the war was delayed until the end of June. 20 Jun Sorge does not report the dates and only expresses confidence that the war will necessarily take place.

Thus, Richard Sorge called several terms that were not confirmed. Only reported that war, apparently, is inevitable. But it was already known in the Kremlin. Sorge and intelligence in general did not give an exact date, they did not say unequivocally that the war would begin on June 22.

However, Sorge helped the USSR by saying that Japan would not oppose the USSR by the end of 1941 of the year and at the beginning of 1942. This saved Russia from the war on two strategic fronts and allowed to transfer fresh, personnel divisions and equipment from the Far East and Siberia under Moscow, to stop the "Typhoon".

During this period, more than 20 reports were received from Richard Sorge to Moscow on this issue. They consistently showed the struggle in the highest echelons of the military-political elite of Japan on the issue of the expediency of entering the war against the USSR in the second half of 1941, and also revealed the efforts of the German representatives to draw the Japanese empire into this war. The information received from Sorge in August-September 1941 was carefully analyzed by the command of the General Staff of the Red Army. Some of them were classified as misinformational, but most were still recognized as valuable.

After Sorge's information was confirmed through other channels (in particular, from residents in Switzerland and the USA), Moscow was able to conclude that Japan did not intend to enter the war against the Soviet Union in the second half of 1941. The Headquarters made a difficult but correct decision under those conditions - to relocate part of the troops from the Far East and Siberia to the western direction, including to strengthen the defense of Moscow. This helped repel the German strike and defend Moscow, and then go on the counteroffensive.

18 October 1941 Sorge was arrested by Japanese police. The arrests of the Japanese members of the residency began earlier: Miyagi - October 10, Odzaki - October 14 1941. During the search of the houses of the main members of the group, documents showing the espionage activity were found at all, starting with Sorge himself. I must say that the Japanese intercepted the first radiogram back in 1937. Since then, the reports were intercepted regularly. However, the Japanese intelligence services did not succeed in deciphering one of the intercepted radiograms or at least locating the transmitting station until the very beginning of the arrests of members of the group Sorge. Messages were decrypted only after radio operator Max Clausen gave out everything he knew about encryption codes.

The investigation into the case of "Ramsay" was delayed for several years. Sorge was tortured. Gradually, methodically, for months, information was squeezed out of Richard. Scout to the last kept faith in the victory of the USSR. During the 24 March 1942 interrogation, he noted: “I categorically reject the idea that the USSR will be defeated or be crushed as a result of the war with Germany. If one imagines the hardest thing for the USSR, then, I believe, it would be the loss of Moscow and Leningrad and, as a result, the loss to the Volga basin. But even in this case, Germany will not be able to seize the Caucasus ... The USSR will retain a tremendous force of resistance. That is why I am convinced that it is meaningless to assume that the Soviet state can be crushed. ” During the investigation, Sorge made the following statement: “Now ... I am even more entrenched in the correctness of my decision made by 25 years ago. I can decisively declare this, considering everything that has happened in my life during these 25 years, and especially over the past year. ”

The court in Tokyo was closed. 29 September 1943 was convicted: Sorge and Odzaki - the death penalty. Miyagi, twice unsuccessfully trying to commit suicide, died in prison of tuberculosis. Clausen and Vukelich sentenced to life. Clausen's wife, Anna, received seven years. The sentence was enforced on 7 on November 1944 of the year. Sorge was hanged in Sugamo prison in Tokyo, after which his body was buried in a prison mass grave.

5 November 1964 was scout posthumously awarded the title Hero of the Soviet Union for preventing Japan’s attack on the USSR.

Ctrl Enter
Noticed oshЫbku Highlight text and press. Ctrl + Enter
We are
70 years ago, Soviet intelligence officer Richard Sorge was executed in Sugamo PrisonDiplomats of the People's Commissariat of Defense: on the eve and during the war
Military Reviewin Yandex News
Military Reviewin Google News
27 comments
Information
Dear reader, to leave comments on the publication, you must sign in.