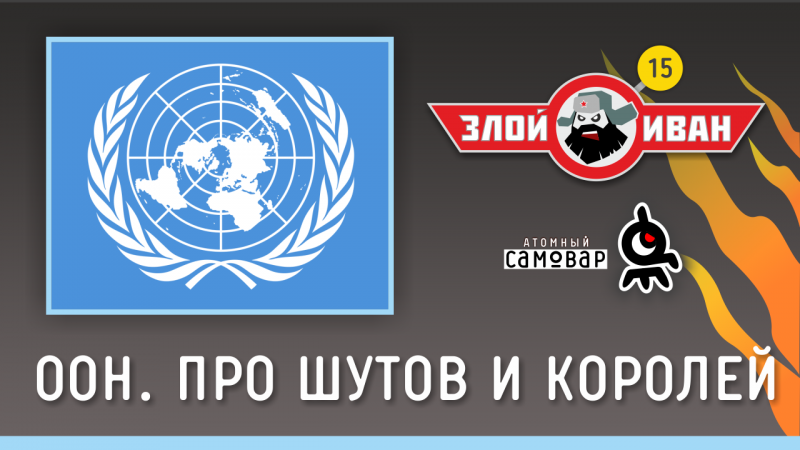 Hello to all of ours and not to ours. I am Ivan Victory and yes, I am angry again today.


Let's start with peremog. As it happened, the presidents of Poland and Ukraine, already familiar to everyone, clowned at the circus. Pole under the name of Duda, told freshly thought, but no less sad tale. In which the evil and insidious Soviet Union captured a small but proud Poland and thus began World War II.
And about the fact that Hitler 1 September 1939, invaded Poland, defeated and occupied it for a month-silence. Worldwide, this date is considered the beginning of the Second World War. But no! Alternatively, the gifted Polish president accused Russia of initiating World War II in a fit of genetic Russophobia!
What to do?
Apparently, it's time to divide Poland again. A persistent suspicion creeps in that the Polish people subconsciously yearn for this event and in every possible way tries to speed it up. In another way, the behavior of Duda and Polish politicians is simply explained. Mass unconscious.

The order is already boring clown Poroshenko spoke with the same vulgar and dismal number. But this time from English-language localizations. Yes, an ardent champion of the Ridney Mowy chose to speak English. After all, he is the president of the most sovereign and most independent Ukrainian state.
The performance turned out to be crumpled, boring and without the usual light. A common thread through the whole performance was a simple idea, give money, bitch. We suffer, war is expensive, we have ecology and Russia is an aggressor. Give you, bitch greedy, money! In general, the usual nonsense, about the simultaneous Ukrainian greatness and Ukrainian insignificance.

But the program of the Ukrainian Circus of Independence did not end there. She continued after the break.
During the speech of the President of Russia - Putin, Ukr. the delegation pulled out from somewhere a very scary, dirty, old, in rags and holes the national flag of Ukraine, besides smelling foul, judging by the reaction of those sitting in the hall. The security guard released the Ukrainian artists of the same bl. circus from the hall.
This dismal circus number was supposed to symbolize the unbroken spirit of the Ukrainian Lytsarstva in Ilovaisk. Yes, this is me about the boiler, where the militiamen and volunteers crushed Ukrainian lytsars into humus.
That's what the E-bad word is shame? How can you pull out and spread your shame and humiliation in front of the whole world? Why show him that you are losers, fuckers and morons? What is the meaning of this performance?
Ukrainians, you need to be proud of victories, and not shameful defeats? What's wrong with you?

I can not miss the speech of Obama. The main dark-haired mummy from overseas. I will tell the truth, the feast of hypocrisy and falsehood was a success for him. Dude faithfully did the show. He spread his wings, spread his feathers, and away he went. Instead of the minutes adopted according to the 15 regulations, the black American leader poured water on himself to his beloved and about his greatness more than 40 minutes. What frankly tired all and forced to yawn even his support group.
For the illusion that he is a speaker from God, Obama used teleprompters on the sides. And shook his head from side to side, like a dummy, apparently to look relaxed and natural. But because of this head shake, sometimes he lost his place where he reads. And there were mysterious and rather long pauses.

Everything was very tedious and very pathetic. The main message is American exclusivity. About which Obama often liked to cuddle before. About the fact that the US wants what they do, and no one decides for them. About the fact that others can not be so, due to the lack of that very exclusivity. About bad Russia and China, which are just villains. About the scoundrel Assad, the Syrian president, who is a real evil, allows himself to defend his country from terrorists and ISIS.

Then Obama again Snuffles about his exclusivity. And at some point, Obama suffered, he pushed that the United States is the most peaceful and friendly country in the universe. Of course, forgetting to mention about the dozens of wars that the “exceptional” have unleashed around the world over the past 70 years.

Everything. With the clowns finished. We go further. In short, let's run through the remaining iconic performances.
The Chinese leader Xi Jinping, somewhat ornate, allegorically, but still quite clearly spoke about current global issues. China is primarily interested in economics and world peace. No statements about their exclusivity. Equal rights, equal opportunities, peace, friendship and government regulation of the economy. And who does not agree, he will receive by his brazen black face.

Vladimir Putin explained with simple and clear words that the UN is a place where weak, small and defenseless countries can ask for help from the strong. If the UN does not, all these sheep will be cut. And everything in this world will again decide the right of the strong. This does not frighten Russia, and perhaps it does not even oppose such an option. So small and silly countries pray at the UN. Only the decisions agreed in the UN, Moscow accepts as legitimate and legitimate. And bypassing all decisions is illegal.

Russia had a veto right, there is and will be. Russia paid for his millions of Russian lives. And if someone does not understand something, then we are ready for the Third World War. At the end of which we will create a new UN, but without the participation of several countries that have disappeared from the map. So let's have a peaceful and honest dialogue. For this and created this same UN.

The President of Russia reported another idea that color revolutions are direct interventions in the affairs of sovereign states. And with this crap - finished!
Putin walked along with the "exceptional", clearly making it clear that it would not be possible to continue breeding a mess in the world. Russia announces the creation of a coalition to combat ISIS and terrorism. And Putin openly announced that those who will finance and help the terrorists will face the fate of Nazi Germany. And the coming tribunal will not figure out who committed the crimes, and who just stood by and threw up the cartridges.
Lyuley grab all!
In Syria, it is stated that only the official authorities headed by Assad and the Kurdish militia are fighting ISIS. But they can and should be helped. Any other assistance to any rebels, insurgents and opposition members will be considered the support of terrorists.

Perhaps these are the most important speeches at the UN. All other leaders and presidents of countries could easily say practical things. But to be honest, their opinions are unimportant. They only make up the background noise for the US, CHINA, and RUSSIA performances. It is these countries, the founders of the UN, that now determine the further fate of the world. And this world will slide into chaos and world war, or, after all, the US will have enough brains to stop and stop shitting everywhere - it is decided these days and before our eyes.

Everything! Believe in your people and your country. Well, just in case, we remember the device of the Kalashnikov and wait for the order.