October 5 2015
32
War is the father of everything, Heraclitus said. Wars create states and wars destroy them. Today, Saudi Arabia is an anachronism, a relic of an era of brutal colonial empires and absolute monarchies. Other similar states have long since disappeared not only in Europe, but also in Asia. Riyadh is maintained only thanks to oil revenues and, to a lesser extent, from tourism. Ideologically, we face practically the same ISIL, only recognized by the international community. The truth is that at the very least it could exist in quiet periods, it has every chance not to endure the times of the dashing. In launching a military adventure in Yemen, the Al Saud realized too late that the world was actually undergoing a third world war, and if the past global conflict had bypassed them, then this time it would be more serious. 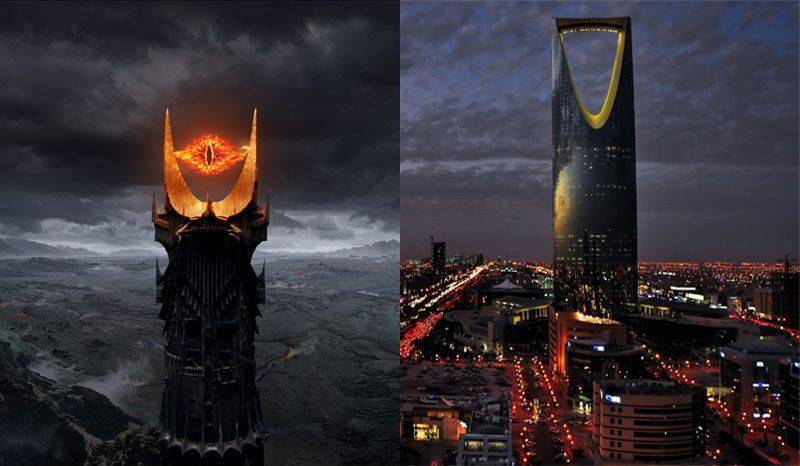 In Yemen, in Riyadh, if not a complete catastrophe, then a tangible defeat. The rebels, both from among the former military, and simply the militia not only attack communications and reference points, but also carry out raids of retaliation on the territory of Saudi Arabia itself, in its southern Shiite provinces Najran, Asir and Djizan. Video recordings of the defeat of the next armored column of the Kingdom are published on the Web every three to four days. During one of these September 27 raids, Saudi General Ibrahim Hamzi was killed.

Although the army’s reserves of the region’s largest monarchy are very large, such a level of losses does not bode well for the future. The military budget of Saudi Arabia 80 billion dollars, and so is almost equal to the Russian, and according to some data, and exceeds it. If the war continues with the same intensity, then next year expenses may well come close to the Chinese.

September 4 coalition suffered the biggest single loss. In the Yemeni province of Marib, a tactical rocket "Point" hit the forward camp of the UAE army. As a result, 52 soldiers of the United Arab Emirates, as well as fighters of Saudi Arabia, Bahrain and local intervention allies, were killed - only about 100 people, according to official data. It is reported that in addition to this, a large number of armored vehicles, ammunition depots, as well as all Apache helicopters that the coalition had in that direction were destroyed.

The monarchies of the Persian Gulf, which are now engaged in battles against Yemen, are armed mostly with Western weaponsand specifically Saudi Arabia - American. If in peacetime such a relationship did not seem important, then during the war it will increasingly afford to afford, because overseas manufacturers of military equipment, knowing the plight of their customers, can set a "special" price for the purchased goods, which will be three times higher than the market price. Given that Saudi Arabia is one of the largest holders of US debt, Washington’s benefits are incredible.

On September 30, the vice-president of the Russian concern Tractor Plants announced a possible bid by Saudi Arabia for 950 BMP-3. If the information is confirmed, it will mean a qualitative psychological shift in strategy. On the one hand, Russian equipment will be much cheaper, and it is more adapted specifically for war, and not for punitive operations.

But the main problem of Saudi Arabia, as always, is not in arms and not in money. She is in people. Increasingly, the soldiers of the Kingdom leave their cars at the first shelling, which clearly confirms the truth: morale and motivation not to buy money, they can strengthen it, but not create it from scratch. The army is clearly not eager to climb into the mountainous and urban areas of the former North Yemen, and the allies of Riyadh, both local and invited, almost openly sabotage the offensive, knowing full well what awaits them in Shiite areas.

Unable to achieve victory on earth, the interventionists emphasized the possibilities aviation. But the attacks are mainly in residential areas, and Yemeni television daily shows pictures of the mass deaths of civilians. In a decent society, this is called a war crime, but the EU and the US do not delicately notice what is happening. Riyadh hoped to intimidate Yemenis with terror from the air, but instead, apparently, only strengthened their resolve and incited hatred.

Al Saud fell into the trap of their own vanity. They cannot withdraw troops from Yemen without victory - the Yemenis, angry with barbaric bombings, will inevitably come to Saudi territory for revenge. Worse, if some of them are still holding back in Yemen itself, being distracted by the fighting with the coalition, then the withdrawal of the troops will release these human resources for the march directly to the enemy’s lair. The delay of the war is fraught with the most sad consequences - the waste of enormous resources, the fall of the authority of the authorities, followed by fragmentation of a far from monolithic country. There are no good options left, now you have to choose from two bad ones.

The royal family has considerable reasons for concern about its own territory, and not only about the south and south-west. Ash-Sharqiya (Eastern Province) with its predominantly Shiite population has long been Riyadh’s headache. It is there that almost all the oil reserves of the Kingdom are located, which provide the ruling dynasty with such luxurious life. If the south flares up, the unrest will quickly spread to the Eastern Province, which borders on the restless Najran. Shiite provinces in Saudi Arabia have rebelled before, but in former times they did not have such impressive support from the outside, from the side of Yemen’s co-religionists, behind whom the mighty shadow of Iran is more clearly visible.

And this is not to mention the threat from the north. If the "Islamic State" remains on the map in one form or another, then Saudi Arabia is an obvious goal for it. For geopolitical, economic and ideological reasons, the two Wahhabi empires will not get along right next to each other. In order to prevent war on two fronts, Riyadh will have to use all its forces to achieve victory in Yemen, but it’s not a fact that he still has the strength for such a victory.

Ctrl Enter
Noticed a mistake Highlight text and press. Ctrl + Enter
We are
Yemen war. Russia's interest - the weakening of the SaudisSaudi Arabia is preparing for a big war
32 comments
Information
Dear reader, to leave comments on the publication, you must to register.