Russian Foreign Ministry: the possibility of military assistance to Iraq will be considered if the government of the country turns to her

October 2 2015
65
In the case of the request of the Iraqi authorities for help in fighting the IS, Moscow will assess the military and political expediency of such measures, after which it will make a decision, reports RIA News Statement by the Director of the Department of Foreign Affairs Ilya Rogachev. 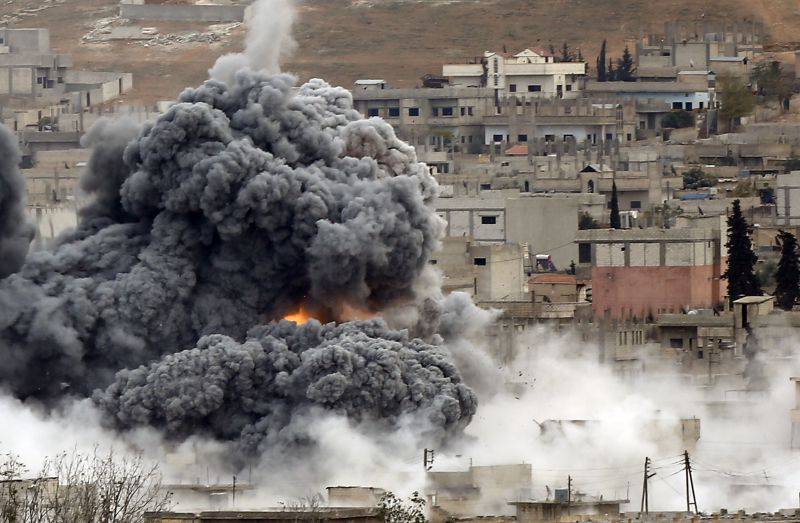 “Either we will have an appropriate appeal from the government of Iraq, or a resolution of the Security Council, the adoption of which depends crucially on the will of the government of Iraq. If there are such sufficient grounds, both political and military expediency will be assessed. ”, - the diplomat said, answering the question, “is Moscow considering the possibility of conducting an air force operation against the IS on the territory of Iraq”.

Recall that attacks on IS facilities in Syria are Russian aviation started applying at the request of the country's legitimate president Bashar al-Assad. Americans have been bombing Syrian territory for a year, not coordinating their actions with either the UN Security Council or the Syrian leadership.

Ctrl Enter
Noticed a mistake Highlight text and press. Ctrl + Enter
We are
Russian Foreign Ministry: Russia will assess the possibility of applying air strikes on positions of ISIL in Iraq, if it receives an official appeal from BaghdadThe action “Military service under the contract is your choice!” In Rostov-on-Don: future contract servicemen, exhibitions and “Russian Knights”
65 comments
Information
Dear reader, to leave comments on the publication, you must to register.