New Russia: to be or not to be? An alternative look at the "Russian Spring" 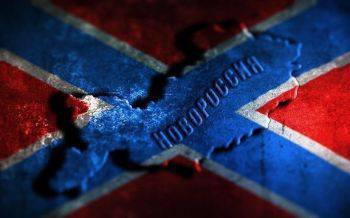 All coincidences with reality are random. In this article I consider only a hypothetical scenario of what is happening.


Since the beginning of the Kiev Maidan 2013, somehow everyone has already got used to the idea that the United States and the EU supported the coup, which was a surprise for them, that Russia “squeezed” the Crimea. Everyone was very indignant. Donbass rose on this wave, the arrival of Strelka and, as a result, the ATO. In my opinion, this is how the prevailing view of what is happening in the Southeast looks like. But the recent events in the DPR with Purgin’s resignation, the appearance of documents on the network showing the DPR authorities not from the best side, forced me to look at all these events from the other side.

Once in Moscow, I accidentally ran into a Ukrainian who introduced himself as “a relative of Savchenko.” Between the offers to drink, he issued the phrase “I will tell you a secret, the DNR is a project of the FSB, the LC is a draft of the SBU. Just LC Russia intercepted.

Who will listen to drunk? And yesterday, a heretical thought came to my mind: not only the LC, but the DPR is clearly not a Russian project. I will try to explain this, but it seems to me that it is my thought that explains well the presence of SBU people in the DPR MGB, and finding people in leadership positions who are closely connected with both the oligarchs of Ukraine, and certainly Russian, etc.

To begin with, I do not think that the US intelligence services did not expect the Crimea to go to Russia. I think they counted on that. The only thing they probably did not expect that the Crimea will leave peacefully. Shooting in the Crimea would easily solve two problems at once: tear Ukraine away from Russia forever and make Russia an aggressor with all the ensuing consequences. So this plan did not work, I had to write a plan “B” on my lap.

Before talking about the plan "B", I would like to say this. Remember, what was the patriotic rise in Russia after the annexation of the Crimea? Ordinary people were simply proud of V. V. Putin or were glad that Russia was finally “rising from its knees” and at the same time a huge number of “politicians” and “analysts” were trying to get bonuses from what happened. All this in parallel with the rise of the Russian movement in the South-East of Ukraine. And I do not remember that someone grabbed something, shot. Tents, rallies, Russian flags are yes, but that tires, Molotov cocktails ...

Now, if you were on the site of the head of this special operation on the part of the United States, what would you do at this place after the operation in the Crimea essentially failed? I will say what I would do. I would first send small groups of radicals to the cities where the Russian movement rose. Moreover, they are small so that they would not be able to offer active resistance, but those who can provoke a crowd would send strange personalities to the demonstrators who would lead the crowd and at some point become leaders (and only at the time of provocations). After the mob rises, I will begin to force troops in order to force the people to arm themselves and build barricades. At the same time, I would create the illusion that the leadership of regions and the security agencies were fleeing, but some people would have left them in the field. Preferably in key locations, whenever possible. And then suddenly there appear “Russian militants”, exciting regional state administrations, buildings of the Security Service of Ukraine, etc. And now you can declare the ATO. No matter how much the Russian leadership wanted, it would have had to intervene anyway.

True, there is one "but". I would say - a very important "but". It's just that everyone somehow forgot that Donetsk and even more so Luhansk were not in the spotlight in the winter of 2013-2014. Mainly in the news it was about Odessa, Kharkov, Dnepropetrovsk, Nikolaev. The problem is that these areas are located in the depths of Ukraine, except for Kharkov, which borders on the Russian Federation. From a strategic point of view, I will not be able to explain why Russia needs Kharkov, and even more so I will not be able to explain how it supports the "terrorists", for example, in Dnepropetrovsk through the territory of Ukraine. It seems to me that this is what explains the fact that the Ukrainian "Alpha" instead of Donetsk hit Kharkov. This made it possible to extinguish the fire in "mainland" Ukraine and ignite the fire of the uprising in the regions that are sandwiched between Ukraine and Russia.

And one more seditious thing: it seems to me that the appearance of Strelkov was very successful in time. The fact is that few people know that up to this point there had already been a militia in Slavyansk, but it was local, and it was simply impossible to accuse the Russian Federation of intervention. And then - oops! A group of armed people from the Crimea. Maybe an accident. Strange coincidence, isn't it? True, there is such wisdom: accidents are not accidental. Just do not think that the Shooter is the evil genius of the civil war in the Donbas. He did the same as everyone! What will order! And here I am ordering my “six” Turchinov to declare the anti-terrorist operation and launch a campaign on charges of aggression and invasion of Ukraine by Russia. In fact, having failed the operation in the Crimea, I still got what I wanted in the Donbas.

I have a reason for the invasion - the land route to the Crimea, the support of the "separatists" weapons: Ukraine does not control the border. All of Ukraine believes that Russia provoked a mutiny in the Donbas. All the problems with the economy are irrelevant to the US, the EU and Poroshenko and Co., the war that Russia has unleashed is to blame. Sanctions, economic pressure, the fall of the ruble, etc. All I needed was I received.

That is why, it seems to me, one should not be surprised at the connections of some officials of both the top and middle managers of the LDNR in all ministries with the Ukrainian oligarchs. Actually, they remained in these republics to maintain ties, and so that business did not collapse, but continued to flourish, and even more so one should not be surprised at corruption. After all, if you look at the truth, after all, nothing has changed for the better. And if we take into account that various organized criminal groups were legalized on the crest of the protest movement, and even merged with the security forces, we have Greater Colombia represented by Ukraine and Small Colombia represented by LDNR.

The current state of affairs within the LDNR, in my opinion, once again proves that Russia did not commit this divorce, thereby disrupting Plan B, since it tries to practically not interfere in the affairs of the republics, although the calculation was precisely that. A small intervention in the military sphere, only aimed at eliminating the Makhnovshchina on its border, and nothing more.

And then I propose to draw conclusions to everyone, well, or argue. Indeed, truth is born in a dispute. If three or four people saw the problem from different angles, then, having discussed the problem, they will certainly become closer to its solution.

Ctrl Enter
Noticed a mistake Highlight text and press. Ctrl + Enter
We are
A great interview with Sergey Lavrov: about Ukraine, Obama and IranWhat you didn't want to know about England
69 comments
Information
Dear reader, to leave comments on the publication, you must to register.